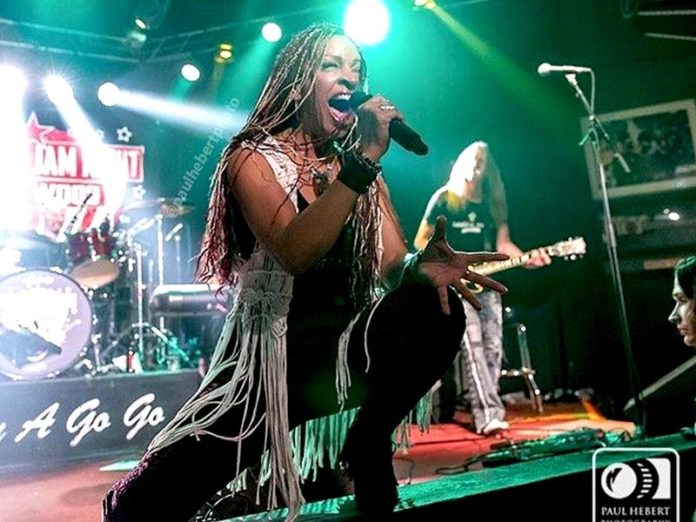 (Tribute to the queen)

On Saturday February 1st, the Historic Hemet Theatre pays tribute to the Queen of Rock ‘n’ Roll, Tina Turner with a over-the-top performance by Debby Holiday.

Known for her energetic stage presence and powerful vocals, Tina Turner is one of the best-selling recording artists of all time, selling more than 200 million record in her 50 year career.

The first decade of her career in the late 50’s, Tina Turner lit up the charts performing with husband Ike Turner. After divorcing the abusive Ike, Tina launched a major comeback as a solo artist.

Tina’s top hits include “We Don’t Need Another Hero,” “What’s Love Got to Do with It,” “Private Dancer,” and the Grammy-winning “Proud Mary.” She has earned 12 Grammy Awards, 3 Grammy Hall of Fame Awards, and a Grammy Lifetime Achievement Award.

Debby Holiday is a singer/songwriter with over a dozen Top Billboard dance hits including “Dive,” “Half a Mile Away,” “Bring it On,” “Piece of My Love,” and “Surrender Me.” Her powerful voice and electric stage presence brings the legend of Tina Turner to life on stage.

This show is the third concert in Season One of the Tribute Mania Series for this year. Coming up later in the season will be tributes to Marvin Gaye by Jackie’s Boy (February 22), The Bee Gees by Bee Gees Gold (March 7), Tom Petty by Petty and the Heartshakers (March 21), Metallica by Masters of Puppets (April 4) and Abba by Abba Fab (April 18).

Search: Tribute to the queen

Mike Hiles - August 23, 2019
With help from the Soboba Foundation, the 2019 Tribute Mania Concert Series will enjoy a third season run from September through December. As a Presenting Sponsor, the philanthropic arm of the Soboba Band of Luiseño Indians will help bring some talented tribute bands to the theater at 216 E. Florida Ave. in Hemet.