Ramona Hillside Player’s second feature for the play is on its way: An Inspector Calls. Written by J. B. Priestly and Directed by Peggy McQuown, the Dramatic Full-Length Play will premiere on November 4th and will continue until November 13th, 2022.

The action of the play occurs in an English industrial city, where a young girl commits suicide and an eminently respectable British family is subject to a routine inquiry in connection with the death. An inspector calls to interrogate the family, and during the course of his questioning, all members of the group are implicated lightly or deeply in the girl’s undoing. The family, closely knit and friendly at the beginning of the evening, is shown up as selfish, self-centered or cowardly, its good humor turning to acid, and good fellowship to dislike, before the evening is over. The surprising revelation, however, is in the inspector—who turns out to be no copper at all but a mysterious individual with full knowledge of everyone’s connection with the suicide. After the false inspector has been shown up, and it is discovered that no suicide had been recorded, an actual copper shows, and a last-minute suicide is reported, which ties in mysteriously with the foregoing.

ARTHUR BIRLING – family patriarch, successful businessman. Worked his way up from a lower-class upbringing. Imperious, but still able to appreciate the merits of having a good time.

ERIC BIRLING – the youngest member of the family, still trying to find his way in life. He’s acquired a significant drinking problem.

GERALD CROFT – the family friend, recently engaged to Shiela. He’s a better fit to be Arthur’s son than Eric is, and that’s perhaps part of Shiela’s attraction to him.

SYBIL BIRLING – family matriarch. The script indicates she’s her husband’s social superior, so she works hard to make sure the family attains its stature. She’s rich and always has been. She’s also cold and sort of a bitch, and probably always has been.

SHEILA BIRLING – the Birlings’ eldest child, recently engaged to Gerald. She’s her mother’s daughter in some ways, but not nearly as cold.

EDNA – the family’s maid. She’s lower-class and knows her place. [This character’s stage time will be significantly increased in production.] Flexible (may be cast as either male or female)

INSPECTOR GOOLE – is an interrogator who comes to the house with a distinct agenda. We’re not always sure what his/her motives are, though s/he does have a knack for getting people to reveal information. S/He’s a figure who instantly commands respect from others.

The 1st Saturday of every production we allow a local organization to use our theater as a fundraiser. On Saturday, November 5th there will be a fundraiser performance. If you would like to attend this show, please contact the organization listed below. 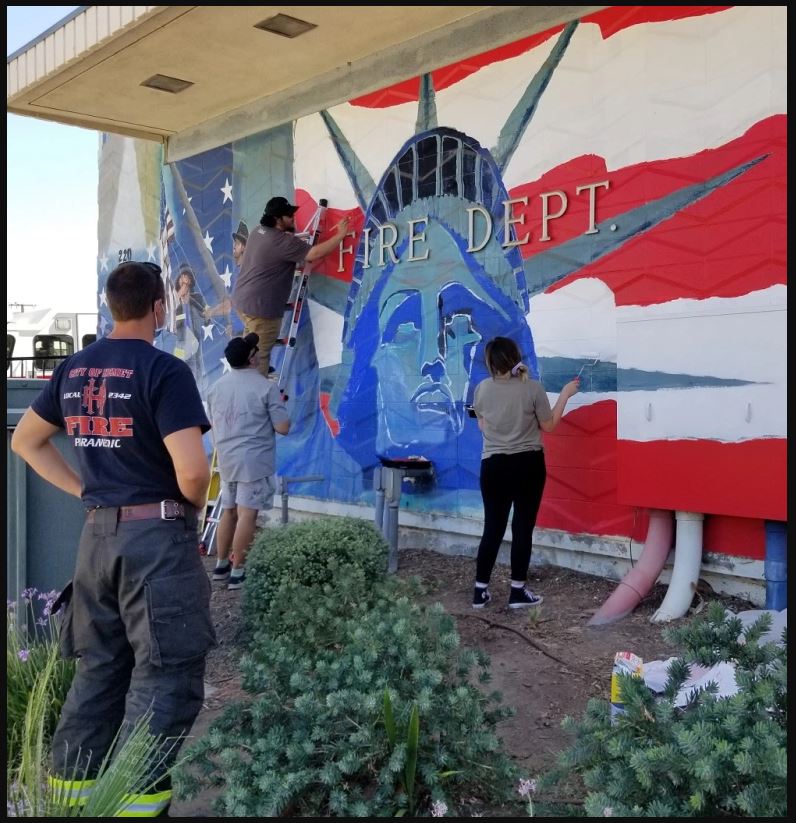 Contributed - August 13, 2021
Vanessa Pellegrin, a San Jacinto resident, and Mario Herrera, who lives in Menifee, did the work Tuesday, Aug. 3, at Hemet Fire Station No. 1 on Juanita Street. They and art teacher Chet Glaze plan to finish refreshing the 2004 mural before Sept. 11, which will mark the 20th anniversary of the terrorist attacks. 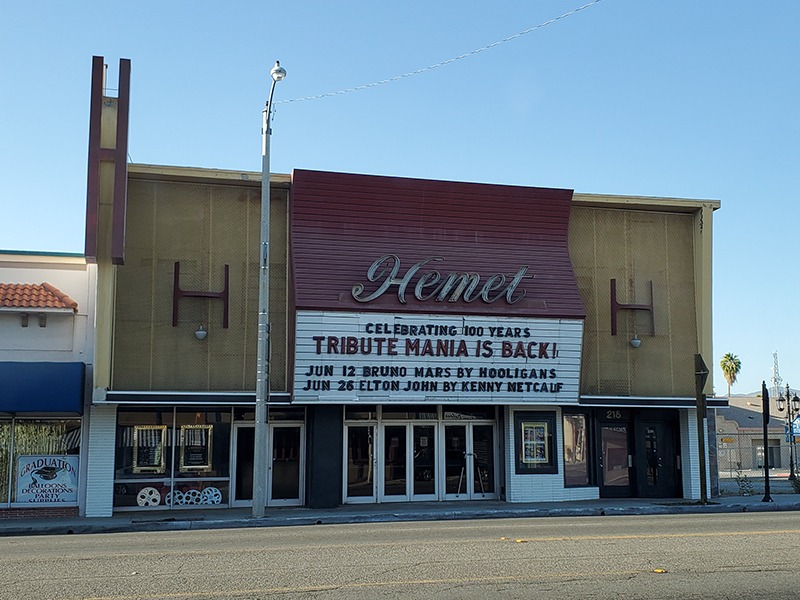 Contributed - January 7, 2022
As the new year begins, the Historic Hemet Theatre looks back on a year of record achievements and challenges… and forward to a bright future as a premier community arts center in the Inland Empire.