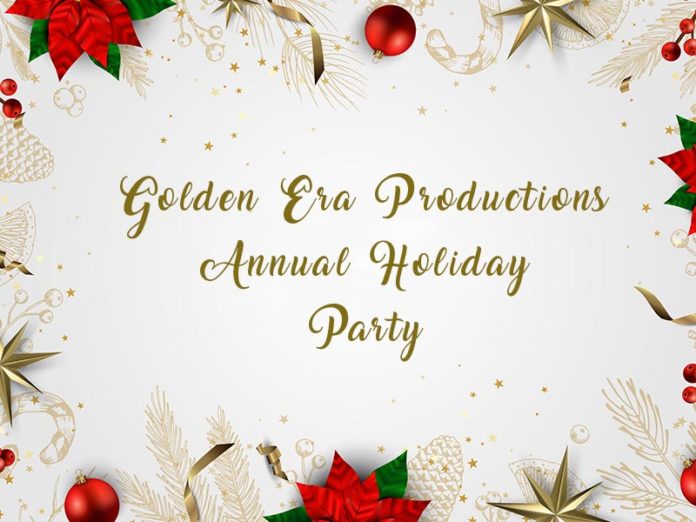 “This party is an opportunity for our guests to relax, enjoy great food and entertainment, see old friends and make new ones,” said Golden Era Community Affairs Director, Muriel Dufresne.

Dinner was followed by a show from the Golden Era Musicians.

The band’s rendition of “The Twelve Days of Christmas” had the audience on their feet participating in the classic holiday number. The rest of the evening was for dancing and enjoying the company of friends, old and new.

The annual holiday event was held at the Massacre Canyon Inn. Originally opened in 1962, the venue served as the hub of the Gilman Hot Springs Resort and hosted such notable personalities as sports announcers Howard Cosell and Vin Scully, and World Heavyweight Champion Ken Norton.

Golden Era Productions fully renovated the facility, which today serves as the hub of the Golden Era campus.

The evening followed an afternoon of golf at the Golden Era Golf Course. Despite rain, the course saw a turnout of more than 30 dedicated golfers. Between bouts or harsh weather, they warmed up with Tacos al Pastor, fresh eggnog and other holiday treats.

Associated Press - June 28, 2022
Before the pandemic, there was no room in the budget for Kate Murphy’s children to buy lunch at school. She and her husband would buy in bulk and make bag lunches at home.

A Rule of Life