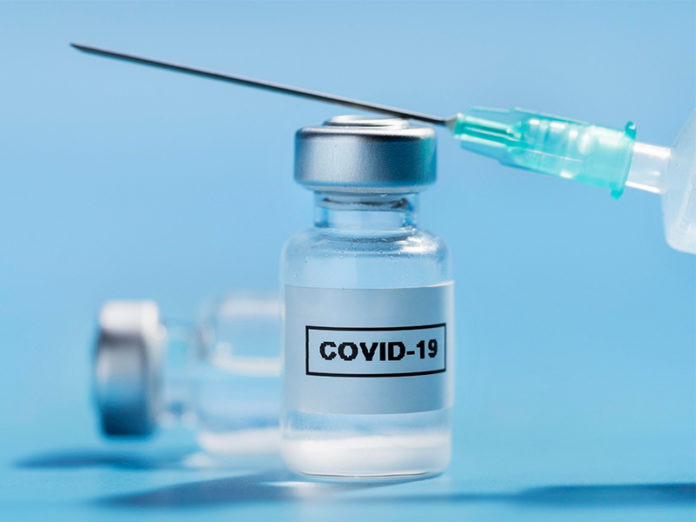 WASHINGTON (AP) — As states frantically prepare to begin months of vaccinations that could end the pandemic, a new poll finds only about half of Americans are ready to roll up their sleeves when their turn comes.

The survey from The Associated Press-NORC Center for Public Affairs Research shows about a quarter of U.S. adults aren’t sure if they want to get vaccinated against the coronavirus. Roughly another quarter say they won’t.

Many on the fence have safety concerns and want to watch how the initial rollout fares — skepticism that could hinder the campaign against the scourge that has killed nearly 290,000 Americans. Experts estimate at least 70% of the U.S. population needs to be vaccinated to achieve herd immunity, or the point at which enough people are protected that the virus can be held in check.

“Trepidation is a good word. I have a little bit of trepidation towards it,” said Kevin Buck, a 53-year-old former Marine from Eureka, California.

Buck said he and his family will probably get vaccinated eventually, if initial shots go well.

“It seems like a little rushed, but I know there was absolutely a reason to rush it,” he said of the vaccine, which was developed with remarkable speed, less than a year after the virus was identified. “I think a lot of people are not sure what to believe, and I’m one of them.”

Amid a frightening surge in COVID-19 that promises a bleak winter across the country, the challenge for health authorities is to figure out what it will take to make people trust the shots that Dr. Anthony Fauci, the top U.S. infectious-disease expert, calls the light at the end of the tunnel.

“If Dr. Fauci says it’s good, I will do it,” said Mary Lang, 71, of Fremont, California. She added: “Hopefully if enough of us get the vaccine, we can make this virus go away.”

Early data suggests the two U.S. frontrunners — one vaccine made by Pfizer and BioNTech and another by Moderna and the National Institutes of Health — offer strong protection. The Food and Drug Administration is poring over study results to be sure the shots are safe before deciding in the coming days whether to allow mass vaccinations, as Britain began doing with Pfizer’s shots on Tuesday.

Despite the hopeful news, feelings haven’t changed much from an AP-NORC poll in May, before it was clear a vaccine would pan out.

In the survey of 1,117 American adults conducted Dec. 3-7, about 3 in 10 said they are very or extremely confident that the first available vaccines will have been properly tested for safety and effectiveness. About an equal number said they are not confident. The rest fell somewhere in the middle.

Experts have stressed that no corners were cut during development of the vaccine, attributing the speedy work to billions in government funding and more than a decade of behind-the-scenes research.

Among those who don’t want to get vaccinated, about 3 in 10 said they aren’t concerned about getting seriously ill from the coronavirus, and around a quarter said the outbreak isn’t as serious as some people say.

About 7 in 10 of those who said they won’t get vaccinated are concerned about side effects. Pfizer and Moderna say testing has uncovered no serious ones so far. As with many vaccines, recipients may experience fever, fatigue or sore arms from the injection, signs the immune system is revving up.

But other risks might not crop up until vaccines are more widely used. British health authorities are examining two possible allergic reactions on the first day the country began mass vaccinations with the Pfizer shot.

Among Americans who won’t get vaccinated, the poll found 43% are concerned the vaccine itself could infect them — something that’s scientifically impossible, since the shots don’t contain any virus.

Protecting their family, their community and their own health are chief drivers for people who want the vaccine. Roughly three-quarters said life won’t go back to normal until enough of the country is vaccinated.

“Even if it helps a little bit, I’d take it,” said Ralph Martinez, 67, who manages a grocery store in Dallas. “I honestly think they wouldn’t put something out there that would hurt us.”

Over the summer, about a third of Martinez’s employees were out with COVID-19. He wears a mask daily but worries about the constant public contact and is concerned that his 87-year-old mother is similarly exposed running her business.

COVID-19 has killed or hospitalized Black, Hispanic and Native Americans at far higher rates than white Americans. Yet 53% of white Americans said they will get vaccinated, compared with 24% of Black Americans and 34% of Hispanics like Martinez.

Because of insufficient sample size, the survey could not analyze results among Native Americans or other racial and ethnic groups that make up a smaller proportion of the U.S. population.

Horace Carpenter of Davenport, Florida, knows that as a Black man at age 86, he is vulnerable. “I’d like to see it come out first,” he said of the vaccine. But he said he, too, plans to follow Fauci’s advice.

Given the nation’s long history of racial health care disparities and research abuses against Black people, Carpenter isn’t surprised that minority communities are more hesitant about the new vaccines.

“There is such racial inequality in our society,” he said. “There’s bound to be some hiccups.”

Health experts say it is not surprising that people have doubts because it will take time for the vaccines’ study results to become widely known.

“Sometimes you have to ask people more than once,” said John Grabenstein of the Immunization Action Coalition, a retired Army colonel who directed the Defense Department’s immunization program. He said many eventually will decide it’s “far, far better to take this vaccine than run the risk of coronavirus infection.”

Adding to the challenge are political divisions that have hamstrung public health efforts to curtail the outbreak. The poll found 6 in 10 Democrats said they will get vaccinated compared with 4 in 10 Republicans; about a third of Republicans said they won’t.

Only about 1 in 5 Americans are very or extremely confident that vaccines will be safely and quickly distributed, or fairly distributed, though majorities are at least somewhat confident.

Nancy Nolan, 64, teaches English as a second language at a New Jersey community college and has seen the difficulty her students face in getting coronavirus testing and care. “I don’t think it’ll be fairly distributed,” she said. “I hope I’m wrong.”

She raised concerns, too, over the speed with which the vaccine was developed: “If I rush, I could have a car accident, I could make a mistake.”

Health workers and nursing home residents are set to be first in line for the scarce initial doses. Plans call for other essential workers and people over 65 or at increased risk because of other health problems to follow, before enough vaccine arrives for everyone, probably in the spring.

The poll found majorities of Americans agree with that priority list. And 59% think vaccinating teachers should be a high priority, too. Most also agree with higher priority for hard-hit communities of color and people in crowded living conditions such as homeless shelters and college dorms.

“Once those individuals are cared for, I wouldn’t hesitate to get the vaccine if it was available for me,” said Richard Martinez, 35, a psychologist in Austin, Texas, who nonetheless understands some of the public skepticism.

“I think it’d be naïve to think that resources wouldn’t get someone to the front of the line,” he said.

Associated Press - March 4, 2021
WASHINGTON (AP) — Capitol Police say they have uncovered intelligence of a “possible plot” by a militia group to breach the U.S. Capitol on Thursday, nearly two months after a mob of supporters of then-President Donald Trump stormed the iconic building to try to stop Congress from certifying now-President Joe Biden's victory. 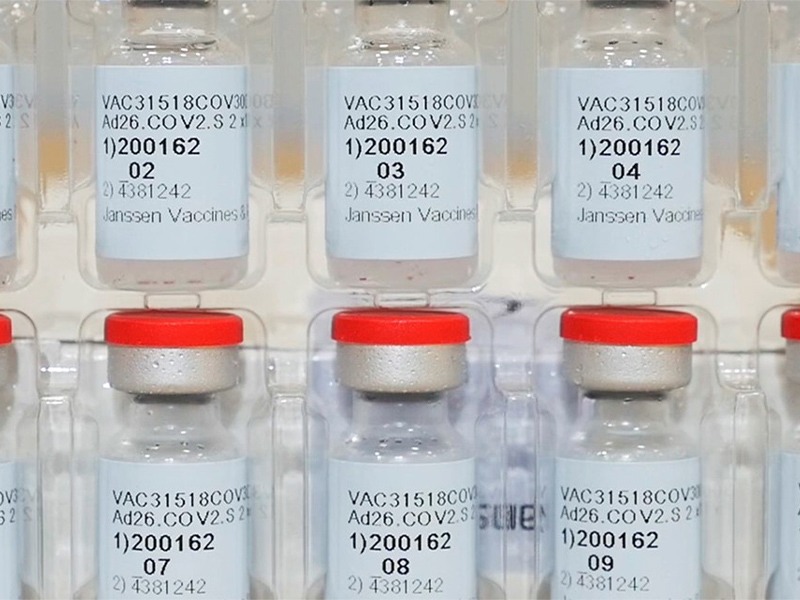