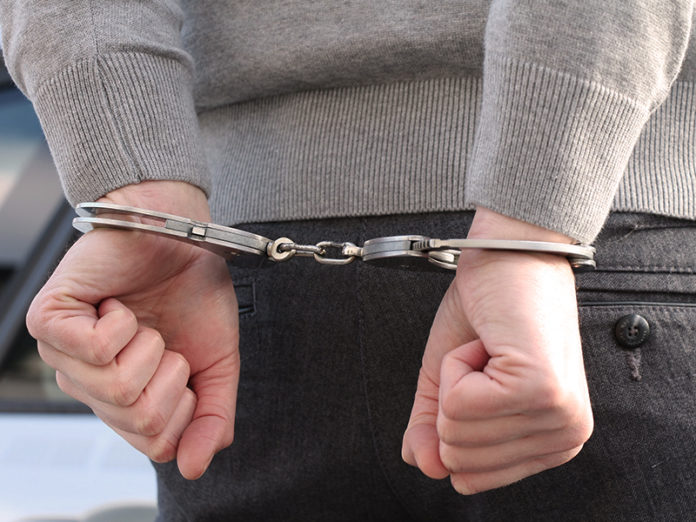 BANNING (CNS) – A Canyon Lake man who attacked his neighbors, setting fire to one’s house, was slated to be sentenced next week to 14 years, eight months in state prison.

Last month, Harry pleaded guilty to attempted murder, arson and sentence-enhancing allegations of using an ignition device to commit arson and committing a crime while on bail.

The admissions were made under a plea deal with the Riverside County District Attorney’s Office, just as the defendant’s trial was set to get underway at the Banning Justice Center.

Seven related felony charges were dismissed as part of the agreement. Harry, being held without bail at the Smith Correctional Facility in Banning, is scheduled to be sentenced Wednesday morning.

According to sheriff’s investigators, for reasons never clear, the defendant became obsessed with the couple living immediately adjacent to him.

The trouble began on April 7, 2017, when a phone line common to the defendant’s and victims’ property was damaged, causing Harry to become angry.

According to a trial brief filed by Deputy District Attorney Timothy Cross, the following day, the defendant spat on the husband, whose identity was not disclosed, and brandished a baseball bat at him.

Soon afterward, Harry parked his pickup in the victims’ driveway and only moved it after deputies were called to the location and ordered him to do so. Cross said 20 minutes after the patrolmen left, the defendant poured gasoline on the man’s driveway and then set a fire in his own Jeep Cherokee, rolling it toward the victims’ home.

“The Jeep came down the driveway but veered off into a dirt hill and down an embankment, crashing into a neighboring house’s garage and golf cart,”according to the brief.

When deputies returned to the location, they found the Jeep’s accelerator pinned down by a “cane-type object” and a “burning bandana” on the driver’s side of the SUV, which had “multiple gasoline containers in it,” Cross said.

Harry was jailed and remained behind bars for weeks until his attorney argued successfully for a reduction in his $1 million bail, at which point he posted bond and was released.

The homeowner and his family obtained a restraining order against the defendant, after which he did not harass them further, according to the prosecution. However, another neighbor, identified in court documents only as “B.G.,” began having strange encounters with Harry around Thanksgiving 2017, Cross said.

He said the woman suspected the defendant was stalking her, sometimes standing near her front door as she returned home from work . One evening, she found a pentagram drawn on her door, with a burning cigarette stuck in it. “The next morning, there was writing with black duct tape on the side of the defendant’s house, facing B.G.’s house, that said “F you Fink.”

The following week, the victim found the front of her home damaged and the words “F U rat” spray-painted on her driveway, the prosecutor said.

On Jan. 3, 2018, the defendant drove his pickup into the side of her residence, impacting it with enough force that it shook, according to Cross.

When the woman stepped outside, she encountered Harry standing next to his vehicle, and he shouted, “F you, bitch. This is my house. This is my property,” according to the brief. “The defendant then lit a road flare and went to the side of her house,” Cross said.  “B.G. then ran inside, retrieved a firearm, and went back outside (and) confronted the defendant with the gun, telling him that if he didn’t get off of the property, she would shoot him. The defendant responded by lighting another road flare and going to the other side of the house. B.G. then went back inside and discovered that the curtains and carpet were on fire.” The victim extinguished the flames. She was not injured.

According to sheriff’s Sgt. Curt Harris, the defendant jumped into his pickup and sped away, but deputies quickly caught up to him on a road between Canyon Lake and Lake Elsinore.

The officers partially disabled Harry’s vehicle, but he managed to continue at slow speed on the freeway. The sergeant said the chase stopped in the area of Featherly Park in Yorba Linda, where the pickup gave out. “Harry refused officers’ commands to surrender, but he was eventually placed under arrest after a brief struggle resisting their attempts to detain him,” Harris said. The defendant was treated for superficial injuries and booked into jail. He has no documented prior felony convictions in Riverside County.

String of Burglaries at Local Temecula Wineries and Golf Courses

Contributed - November 10, 2021
On Monday, November 8, 2021 at 8:58 PM, Jurupa Valley Sheriff’s Station deputies responded to the 5200 block of Trail Canyon Drive, in the city of Jurupa Valley, regarding a domestic disturbance. During the investigation, Jeff Morton, 37 year-old resident of Jurupa Valley, was identified as the suspect and deputies made several attempts to contact him to gain his voluntary compliance; however, he would not comply.