California depends on snowfall in the mountains for much of its water. But the latest snow survey recorded a statewide “snow water equivalent” of just 15 inches, or about 54% of average for April 1, when the state’s snowpack is the deepest. The state had a similarly dry winter last year. What followed was a record-setting wildfire season where more than 4% of the state’s land burned, destroying nearly 10,500 buildings and killing 33 people.

Tuesday, Newsom said he was using his emergency authority to spend $80.74 million to hire 1,399 additional firefighters at the California Department of Forestry and Fire Protection, better known as Cal Fire. More than 19,000 firefighters battled blazes in California last year.

“We aren’t just waiting for the next crisis to hit — this funding will support our heroic firefighters to save lives as they work to prevent and tackle destructive wildfires,” Newsom said in a news release.

Most of the new firefighters will be seasonal through June 30. Newsom said Cal Fire will assign 1,256 firefighters to eight understaffed fire crews.

While Newsom’s moves will bolster the state’s seasonal firefighting crews, the state’s two U.S. senators and nearly two dozen of its Congressional representatives asked the Biden administration on Monday to establish a year-round wildland firefighting force.

California’s peak wildfire season typically runs from the summer through late fall. But wildfires can happen anytime, especially in dry weather conditions. A fire in Siskiyou County near the Oregon border that started on Saturday burned 1.3 square miles before it was contained, according to Cal Fire. 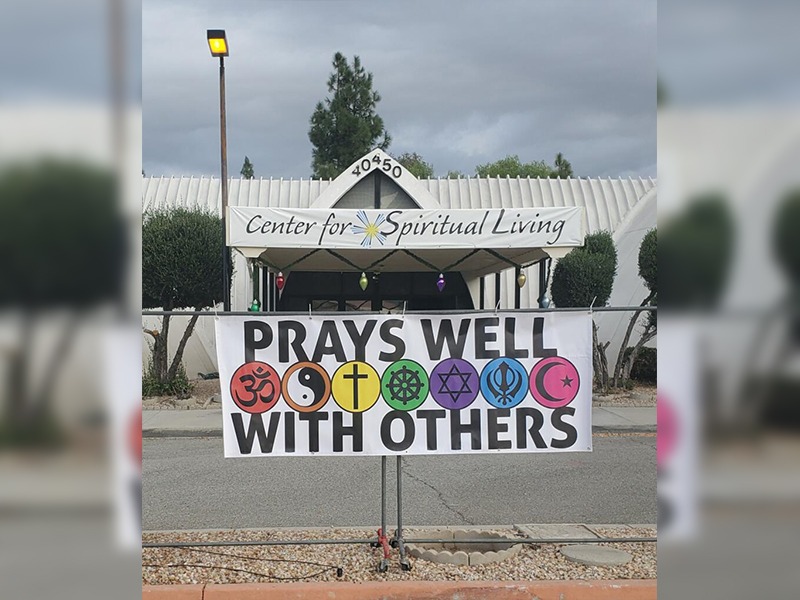 MORE THAN A CHURCH

Contributed - August 28, 2021
Want to change your thinking? Change your life? Tried churches that are more religious than spiritual. Try the Center for Spiritual Living in Hemet. “We teach spiritual practices that will change your life,” so says Senior Minister Reverend Rhonda Tretsven. The law of attraction, meditation, self-awareness, tuning in to your intuitions just to name a few. She goes on, “Learn to really love, accept, and forgive through God’s love - not judgment, if you are a good person. That includes couples living together, members of the LGBT and 4-20 community, parents, etc. YES! You are welcome. Of course, folks living a ‘traditional’ lifestyle are welcome also. Please know, wherever you are on your spiritual path, you are welcome here.”

Contributed - November 15, 2020
After a lengthy closed session, the council meeting began at 7:15 pm. The invocation was given by the Interfaith Council’s Bill Heller with Pledge of Allegiance given by council member Linda Krupa.