Asian Americans blamed for COVID, now more than ever

“It does stem from the perpetual foreigner myth that Asians and Asian Americans, no matter if you’re born here or not, you’re always seen as just from your country of origin,” Eric Toda, a board member of both groups that produced the study, told NBC News.

NBC reporter Tat Bellamy-Walker notes that other studies bear out similar patterns. For example, one released earlier this year found that hate crimes against the Asian American community more than tripled between 2020 and 2021.

About one-third of Asian Americans have altered their daily routines for safety reasons, according to new Pew Research data.

Asian Americans who took Pew’s survey listed COVID-19 and pandemic scapegoating as key factors in the increasing violence against them.

Many also said local officials were not adequately addressing the problem.

President Joe Biden marked the death of 1 million Americans due to COVID on Thursday.

The coronavirus has now killed more Americans “than almost anything else,” writes Robert Hart, attempting to put some context on the number in Forbes: 1 million is more than the number of people who’ve died of HIV in 40 years; almost twice as many Americans as killed in both World Wars; nearly double the population of Wyoming.

For the moment, only heart disease and cancer are bigger killers in the U.S.

Many reporters have noted the tragedy has been unevenly distributed, with seniors, low-income, Black, Latino, and unvaccinated people bearing a higher cost.

There are probably about 9 million Americans who are grieving close family members lost to COVID, according to The Washington Post.

Globally, the World Health Organization now estimates that nearly 15 million people died in 2020 and 2021 due to the virus itself or because of its wider effects on society.

The U.S. has a higher COVID death rate than any other industrialized nation, notes The Post.

Yet, journalists reported, many Americans have become numb to the tragic tallies.

“This has been a kind of a gradual burn over two years,” epidemiologist Dr. David Dowdy told ABC News’ Arielle Mitropoulos. “That sense of horror and devastation has been lost.”

One factor in the loss of compassion is that once vaccines became available, Americans began to blame victims for their own deaths, reports Mary Kekatos at ABC News.

Officials’ repetition of the line “pandemic of the unvaccinated” didn’t help, Kekatos suggests.

Other Americans may be ignoring the numbers in an attempt to forget the tragedy of the past couple of years.

Washington Post contributing columnist Dr. Leana S. Wen suggests that the 1 million milestone should serve as a call to action to keep up with effective interventions: vaccinations and boosters; treatments such as Paxlovid; and free, widely available rapid testing.

“After 1 million lives lost, I’d like to say that we’ve learned about the lifesaving work of public health,” Wen writes. “But I’m more worried that the politicization of COVID-19 is bleeding into other crucial prevention efforts.”

Officials say that prediction rests on certain assumptions: For one, that omicron and its various subvariants remain the predominant strains. For another, that Congress fails to provide additional funding for vaccines, tests and treatments.

Some of those predicted cases would be reinfections.

The South is also expected to see a summer surge as people retreat indoors, together, during hot weather.

“It’s always hard to predict the future when it comes to COVID,” epidemiologist Justin Lessler told The Washington Post, but “what they’re saying seems reasonable.”

The administration wants Congress to release funds requested in March. Biden’s budget of $22.5 billion, since cut to a $10 billion bill, remains stalled over immigration politics.

Meanwhile, in the wake of tax season, the government reported a record $308 billion budget surplus for the month of April.

The administration has already had to cancel plans to buy more antibody treatments that can stave off severe COVID in high-risk individuals.

If the U.S. aims to provide boosters this fall, the government would need to start negotiating those deals within weeks, but it lacks the funds to do so, notes Shannon Pettypiece at NBC News.

One official said, “Without additional funding, there is no chance that we’re going to have vaccines for all Americans.”

The situation has forced the White House to develop alternative plans, reports Sheryl Gay Stolberg at The New York Times.

One option is to pull money from testing and treatment programs to pay for boosters in only the most vulnerable Americans: seniors and people with compromised immune systems.

Reviving a mask mandate is also a possibility but would likely face strong opposition.

Millions stand to lose Medicaid as soon as July

More than 14 million people could lose Medicaid coverage once the COVID-19 public health emergency declaration, in place for more than two years, comes to an end.

That’s the result of an analysis by the Kaiser Family Foundation, which projected that anywhere between 5.3 million and 14.2 million people could lose Medicaid.

During the emergency, states receive extra Medicaid funding in return for not taking anyone off the Medicaid rolls for the time being.

The emergency status has been regularly renewed since 2020 and is currently slated to end on July 15, though the Medicaid disenrollment freeze would last until the end of the month.

President Biden has promised to provide 60 days’ notice before letting it expire, so an extension or expiration date should be announced soon.

Once the emergency ends, states will start the process of figuring out if enrollees still qualify for their coverage and processing renewals. There will be “a significant amount of upheaval,” writes Peter Sullivan at The Hill.

It’s not clear how many people will wind up uninsured as a result. Some people who lose coverage may not realize they have other options, such as the Affordable Care Act market.

Vaccine-maker Moderna reported in the New England Journal of Medicine last week that its vaccine, in a two-dose series, gave kids between 6 and 11 an antibody response comparable to young adults.

Moderna has requested FDA authorization for its vaccine for children as young as six months.

“That authorization, if granted, is unlikely to bump up the low immunization rates among young children by much,” notes Apoorva Mandavilli at The New York Times.

Fewer than 30% of children ages 5 through 11 have completed the two-dose course of Pfizer’s vaccine, which has been authorized for that age group since the fall of 2021.

The FDA’s vaccine advisory committee is expected to convene several times in June to discuss these applications, as well as a potential one from Pfizer for a vaccine in under-5s, though no meetings have been posted to the agency’s official calendar yet.

The agency will also have to consider changing the vaccines, for all ages, in the fall to target the prevailing variants. Moderna and Pfizer are both developing omicron-specific vaccines as potential boosters.

Because the decision must be made months in advance, it’s “inevitably going to be a gamble and a guess,” writes Katherine J. Wu at The Atlantic.

Moderna’s newly published data show the vaccine’s efficacy against delta; how it stacks up against omicron is still in question.

Other nations have already authorized Moderna’s vaccine for children as young as 6.

While it has been traditional to test vaccines in adults first, then move to younger and younger groups in a series of trials, experts told Mandavilli that should change.

“We really can’t do it this way in the future,” said Dr. Sallie Permar of Weill Cornell Medicine. “We can’t leave children to the very last.” 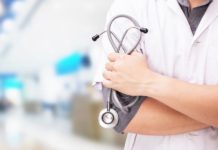 TO YOUR GOOD HEALTH

Contributed - August 29, 2020
DEAR DR. ROACH: I am a 72-year-old woman in fair health. I had strong bones until I had gastric bypass surgery. Within two years, I developed osteoporosis. In 2016 my parathyroid hormone level was found to be elevated. However, it has come down over the past year or two from 97.76 to 68.95 pg/mL. The endocrinologist now has me on 8,000 IU of vitamin D-3 per day. My calcium was 9.3 and ionized calcium was 5.0.