Frances Salgado Diaz has made the decision to retire from the All Mission Indian Housing Authority (AMIHA) board after serving for 50 years. Members are elected by their tribes and she was Chairwoman of the (Soboba) Board of Commissioners, a position she was elected to by fellow AMIHA board members. Diaz has been an integral part of the organization, having been involved with the formation of AMIHA prior to its establishment in the early 1970s along with eight other tribes within Riverside, San Diego and Santa Barbara counties. Its purpose was to provide affordable, low income housing to tribal members of 10 reservations in the three counties it serves. It is one of only three Indian Housing Authorities in the state of California that represents multiple tribes. To date, AMIHA has built more than 950 housing units in its three counties. Approximately 90 homes which were constructed over the past years through the AMIHA program were for families at Soboba.

While sitting on the board that established AMIHA, Diaz helped to improve and stabilize operations and worked closely with Executive Director Dave Shaffer, who is also retiring, to support AMIHA on many other accomplishments. Diaz leaves the program in a very strong position for continued growth. AMIHA has become one of the most successful Tribally Designated Housing Entities in the nation and has been awarded more Indian Community Development Block Grants and Indian Housing Block Grants than any other Tribally Designated Housing Entity.

“AMIHA has been a passion of mine, to assist our Native families with adequate homes and improve the quality of life for all of our home participants as well,” Diaz said. “It has been an honor for me to have been given the opportunity to work with the very dedicated, hard-working staff and board members at AMIHA.” Diaz said that she was motivated to get involved at a young age because she was excited that Native Tribes were finally being given the opportunity to provide new homes for families, which was much needed and long overdue. She started as a board member representing Soboba, served as secretary/treasurer at one time and as Chairwoman for the past 10 years.

“Growing up on the Soboba reservation was a hardship (for my family),” she said. “Living conditions were very bad. We had a kitchen with no indoor plumbing and one bedroom shared by six kids, mom, dad and grandma. It is apparent that my desire is to help in any way possible to work towards safe and affordable housing for all Native families. I believe it starts here where one gains a sense of pride of their immediate environment and does not have to be ashamed of their living conditions. It is definitely a very personal and rewarding experience for me to help others.”

Diaz said her interest in staying with the program was the result of seeing firsthand the positive changes in housing that developed from year to year, challenges and obstacles which the board were faced with and consistently working to improve the program in a positive way.

“Initially, when the board was formed, many hours were spent developing policies and procedures to set up the organization which was a challenge in itself, coming together in an attempt to get so many tribal governments to agree on these important issues which needed to be in place for AMIHA to move forward,” she said. “Over time, I think the important fact was that the Board members became educated on the HUD program and rules and regulations within the framework of the HUD program.”

A highlight of her years with AMIHA was challenging HUD to cap Native homeowners with a ceiling on their monthly home payments keeping in mind that many were soon to begin receiving gaming per capita payments that would have increased their house payments substantially.

“I also had a passion to acquire funding from HUD to replace all of the 45 modular homes for the Torres Martinez Tribe since they were in dire need of replacement and we just completed that project in providing newly constructed homes for these families,” Diaz said.

Currently there are 14 tribes within the AMIHA organization, with one representative and one alternate from each respective reservation. Each tribe is represented on the Board of Commissioners. Diaz said one of the biggest challenges she faced while on the board was the ability to listen to others’ ideas, attempt to understand others’ viewpoints and always be willing to compromise.

Wanting to help other Tribal Members find affordable housing and encourage some to move back to the Soboba Reservation from nearby communities, Diaz worked for the Soboba Tribal Housing Program for approximately four years.

“It was an exciting time, a vision that I say came about since our Tribe was financially blessed to offer financial assistance to our Tribal Members to build homes through our newly formed and developed Tribal Credit Loan Program; not only homes, but custom homes,” Diaz said. “A newly formed department required firsthand policies and procedures which needed to be put in place to administer the program. It was a very rewarding experience for me to have been given the opportunity to implement the program. After approximately 10 homes were built, I felt I had achieved my goal and it was time to move on, ending this chapter in my life.”

She believes that having multiple generations living near each other is a benefit to all, especially in the Native American communities where traditions and customs are passed down from the elders. At Soboba, she worked closely with Tribal Members to get them into new homes near parents, grandparents and other family members. “After 50 years with AMIHA I felt it was time to take a new path on my life journey and try taking time for myself, taking a back seat and relaxing a bit,” Diaz said. “I feel it’s time for our new generation to step up to the plate and learn, educate themselves and continue to bring forth good things for our Native families throughout Indian Country.”

AMIHA is recruiting for Shaffer’s Executive Director position through Jan. 29. Based in Temecula, more information on the program and current opening can be found at amiha.org. 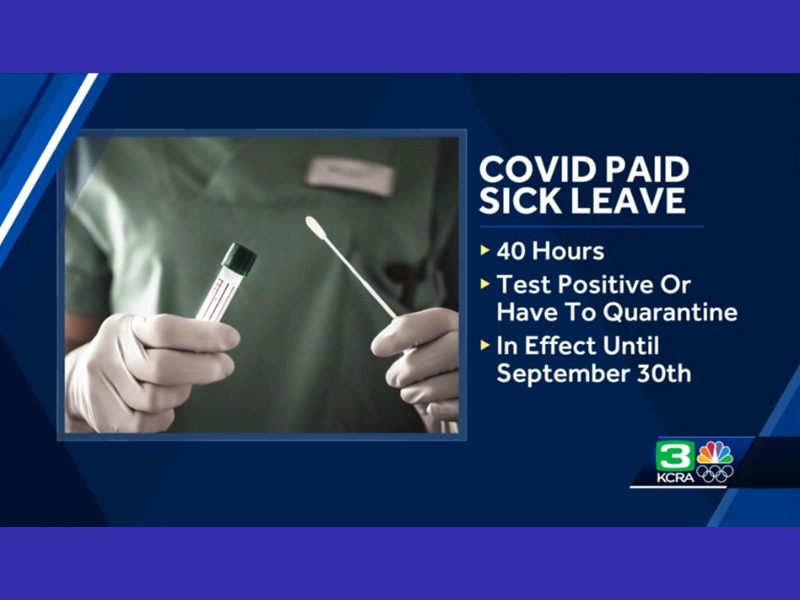 Contributed - January 31, 2022
Gov. Gavin Newsom on Tuesday announced a deal with legislative leaders to restore up to two weeks of supplemental paid sick leave for those ill with COVID-19, quarantining or experiencing vaccine side effects.

HEMET HOSPITAL IS DEALING WITH COVID AND THEN SOME

Rusty Strait - January 23, 2021
With all the rumors and social media assumptions, I decided to go to the source and find out just what is going on at our hospital in Hemet and how much truth there is to rumors and other opinions and assumptions.