Biden’s rhetoric is driving families apart across our nation as his policies devastate families. Part of Biden’s schtick as a politician is that he is a “concerned grandfather” for the nation. This is just a show. While our dear leader freely lets us know how deeply concerned he is about his own family, it is apparent that he doesn’t really care what his words and policies do to other families. Have you ever heard Biden mention the fentanyl crisis that has devastated so many American families? No. In fact, we have no idea whether Biden and his administration are even aware that over 100,000 Americans died of fentanyl poisoning last year. Biden and his representatives keep stating that the southern border of the USA is secure.

The administration turns a blind eye to the truth that Biden’s wide-open southern border allows the cartels to ship millions across, who bring fentanyl with them. This has devastated many families. The Washington Times reported on a Republican Study Committee conference that focused on this tragic problem. More than a dozen parents attended this conference, and many testified about losing their children. The Times reported that one mom, Lori Ashenfelder of North Carolina, whose son died of fentanyl poisoning in 2021 said, “I don’t want to hear that anybody else I know and love has died over this.

I don’t want any more moms to go to bed at night crying because they’ve lost their kid.” Another crisis that is directly related to the rhetoric of Biden and other Democrats is families growing apart and an epidemic of adult children cancelling parents. These adult children just drop out of their families’ lives and keep grandchildren from grandparents. As a wife and mother in one of these families, I have struggled to understand, but recently an epiphany came to me: Our own government under the Democrats turned our kids against my husband and me and caused them to cancel us, and they have done the same to many other Americans.

The process of families growing apart because of the rhetoric of leaders in government did not start in the last two years. Democrat politicians have been slandering their political opposition for over a decade, before they even thought of slandering President Trump. They and mainstream media have been characterizing American families as lame and stupid all that time with young people as their audience. Biden has always been willing to partake in slandering Americans if they do not vote for him. In 2015, Michael Goodwin of the New York Post wrote about how VP Joe Biden called Tea Party patriots “terrorists.” “This is not a typical Biden gaffe that can be laughed off. The vice president of the United States has outrageously compared American citizens to violent enemies of our nation for daring to exercise their democratic rights to dissent,” wrote Goodwin.

What were so many American children to think when the vice president called their parents “terrorists”? Democrat politicians, including Biden, started calling Americans “racist” in 2009 and then ratcheted that up to “white supremacist” in 2020. Most people’s children once knew that their parents were not racist but got confused because no one else seemed to know that. As adults in the leftist world how could they keep being in relationship with such parents? If the parents were Christian or Jewish, that was even worse. Remember Obama’s words: “They get bitter, they cling to guns or religion or antipathy to people who aren’t like them or anti-immigrant sentiment or anti-trade sentiment as a way to explain their frustrations.” Young people were listening. Then there was the initiative to get students to challenge their parents. In November 2013, Obama’s deputies at Organizing for Action (OFA) “gatecrashed” family Thanksgivings all across the USA to get young people to push ObamaCare. The OFA created an online script that included a short video. Harmless, right? Not exactly.

The Daily Caller reported that in the video “…two drab parents urge their friendless young son to buy health-insurance, while they eat Obamacare-compliant small portions of drab food.” In other words, they stereotyped parents in a negative way in materials meant for their children. Not cool, but who took that seriously as a threat against the family? Not us. We were happy to talk about politics at Thanksgiving and, in the end, to agree to disagree about things. However, the Daily Caller noted something we overlooked. “The progressives’ determination to gatecrash iconic family events reflects self-confidence in their own expertise, their long-held pity and contempt for ordinary Americans and for the institution of family, plus their ability to attract young people to their cause.” Things went along this way as the Tea Party rose in opposition to the policies of the Obama administration and Democrat leaders slandered the Americans in that peaceful movement. Like many Americans, we became involved with the Tea Party. We attended rallies and held signs, but we did not carry nor see any swastikas, and we were real grassroots, working people who had never been involved politically before.

We kept talking with our kids and we all were good with that until one last blow our family and many other families. The pandemic presented an opportunity for Biden and the Democrats to break American families. Leftists became focused solely on the virus. Fighting it was everything. But this was a chance — never let a good crisis go to waste — to end agree-to-disagree as a way to get along in families. Biden and the bureaucrats and technocrats pushed the idea that you must cancel those who disagree with Biden and the leftists’ agendas. As a result, many parents have been canceled and they are unable to see their grandchildren. How could children who loved their parents do something like this to them? Some believe a kind of group hypnosis called “mass formation psychosis,” was created during the pandemic, according to psychology professor Mattias Desmet.

He writes in his book The Psychology of Totalitarianism that the leaders of this totalitarianism are bureaucrats and technocrats and they experience formation “…including an exaggerated willingness of individuals to sacrifice their own personal interests out of solidarity with the collective (i.e., the masses), a profound intolerance of dissident voices, and pronounced susceptibility to pseudo-scientific indoctrination and propaganda.” Biden, with his politician’s rhetoric and his lousy policies, has devastated families across the USA. As we approach the midterm election we must tell the truth about this. Then we must take power away from Biden, Democrats, and mainstream media by voting Republican. 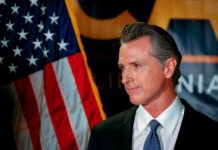 Is Newsom’s presidential boomlet a bust? 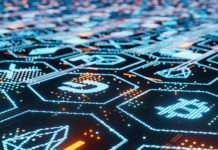 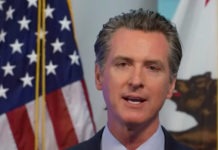 Associated Press - August 8, 2022
An aggressive push toward renewable energy has run headlong into anxiety over keeping the lights on in California, where the largest utility is considering whether to try to extend the lifespan of the state’s last operating nuclear power plant.