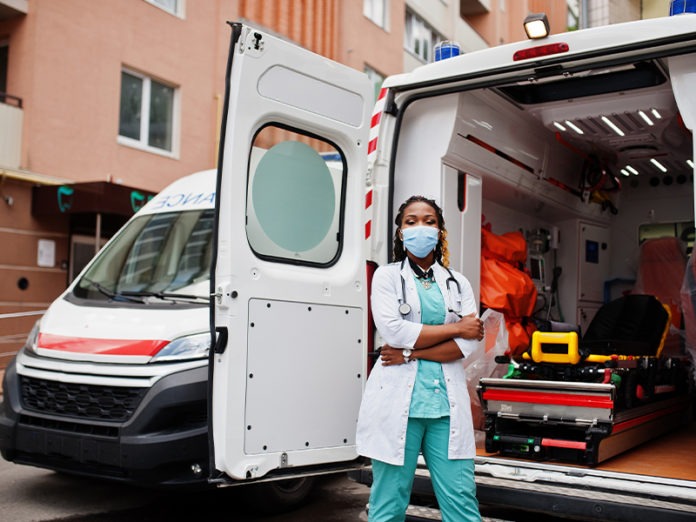 LOS ANGELES (AP) — It’s crowded in the back of the ambulance.

Two emergency medical technicians, the patient, the gurney — and an unseen and unwelcome passenger lurking in the air.

For EMTs Thomas Hoang and Joshua Hammond, the coronavirus is constantly close. COVID-19 has become their biggest fear during 24-hour shifts in California’s Orange County, riding with them from 911 call to 911 call, from patient to patient.

They and other EMTs, paramedics and 911 dispatchers in Southern California have been thrust into the front lines of the national epicenter of the pandemic. They are scrambling to help those in need as hospitals burst with a surge of patients after the holidays, ambulances are stuck waiting outside hospitals for hours until beds become available, oxygen tanks are in alarmingly short supply and the vaccine rollout has been slow.

EMTs and paramedics have always dealt with life and death — they make split-second decisions about patient care, which hospital to race to, the best and fastest way to save someone — and now they’re just a breath away from becoming the patient themselves.

They gown up, mask up and glove up, “but you can only be so safe,” Hammond said. “We don’t have the luxury of being 6 feet apart from the patient.”

Statistics on COVID-19 cases and deaths among EMTs and paramedics — especially ones employed by private companies — are hard to find. They are considered essential health care workers but rarely receive the pay and protections given to doctors and nurses.

Hammond and Hoang work for Emergency Ambulance Service Inc., a private ambulance company in Southern California. They, like so many others, have long fostered goals of becoming first responders to serve their communities.

Hoang is attending nursing school. Hammond is one test away from becoming a paramedic. Both were called to a life in the medical field after traumatic experiences: Hammond had to call 911 after his mother had an allergic reaction, and Hoang witnessed a young bicyclist get hit by a car.

Yet as COVID-19 infections surge and the risks increase, they wonder: Is it worth risking your life — and the lives of your loved ones at home — for a small paycheck and a dream?

“It’s really hard to justify it beyond ‘I really want to help people,’” said Hammond, 25. “Is that worth the risk?”

Wearing masks, Hoang and Hammond clean their ambulance and equipment, wiping down every surface even if the previous crew scrubbed it already. They take no chances during their daylong shift covering the Orange County city of Placentia.

The 911 calls come in with limited information: a broken bone, chest pain, difficulty breathing, stomachache, fever. Every patient is a potential carrier of the coronavirus, whether they know it or not.

Sometimes, people know they’re infected and tell 911 dispatchers before the EMTs arrive. Other times, the symptoms themselves — fever, shortness of breath — signal a possible case. But Hammond remembers one woman, suffering from hip pain, who didn’t tell him or his partner about her coronavirus diagnosis.

He only found out afterward, saying it reinforced the importance of treating every patient as if they have tested positive.

“That was definitely a call where we learned a lot,” Hammond said.

Unlike doctors and nurses, first responders must go inside homes. They walk into hot zones where everyone in a household is sick, where the virus is in the air. They lift immobile patients onto gurneys, their masked faces just inches apart.

They race to hospitals already overwhelmed with sick people, sometimes only to wait hours outside before their patient can be admitted. And then they do it all again when the next 911 call comes in.

“We don’t know the end result,” Hoang said. “We only know the beginning to the hospital.”

Then there are those who direct the EMTs where to go. In Los Angeles County, 20 miles (32 kilometers) northwest from Hoang and Hammond, three young women stood before six screens apiece recently, talking into headsets with clear, clipped voices, marshaling other ambulance crews around a territory stretching from the mountains to the sea.

Ashley Cortez, Adreanna Moreno and Jaime Hopper work 12-hour shifts as dispatchers for Care Ambulance Service Inc. If the EMTs are the front lines, these women are the scouts.

Their greatest fear is what’s called a “level zero” — when there are no ambulances left to send to an emergency. In Los Angeles County, one of the nation’s hardest-hit counties during the pandemic, the fear becomes a regular reality.

For Moreno, 28, the anxiety begins the night before her shift.

On Christmas weekend, Cortez watched as call after call piled up on her screen — with no ambulances available. Typically, it takes 30 seconds to send one out. That weekend, it took up to 15 minutes. And this was even before ambulances started languishing outside hospitals for hours.

There’s not much more the dispatchers can do. They watch those screens. They listen to radio chatter. They rearrange the crews to cover the most territory possible. And they wonder what fresh horror awaits in a virus-ravaged world where the dangers are too many and the ambulances are too few.

“What if something happens to my daughter,” Cortez said, “and there was nobody to send for her?” 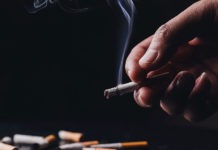 Associated Press - November 18, 2021
Pressed to address gaping inequality in global COVID-19 vaccines, the Biden administration took steps Wednesday to make billions of dollars available to drugmakers to scale up domestic production to share with the world and prepare for the next pandemic.