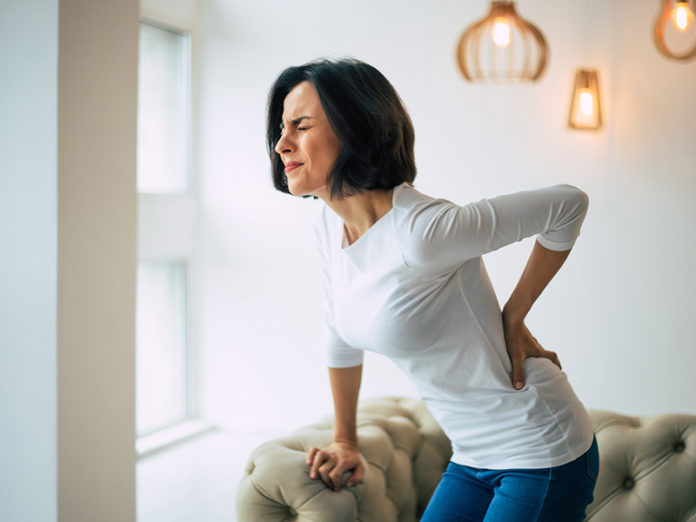 After I hurt my back during medical school while working out in the gym, I initially had hoped that it would take the path most such injuries had in the past: It would be most severe in the beginning but then hopefully dissipate over time. I would have no such luck this time for my injury never got better, the pain never died and I essentially became bedridden. It impaired me to such an extent that I worried that my dream of working as a physician had been smothered in its infancy. Every move of my body, even a slight shift in balance, hurt so much I feared I would snap my spine in half. After a spine surgeon told me he thought an operation might make matters worse, he suggested I go see a physical therapist. While I was initially reluctant and apprehensive, given just how much it hurt to make even the slightest movement, this turned out to be the best advice I had ever received, even though it took me a while to realize it.

A friend helped me over to the sports center at our medical college campus where the physical therapist worked. The jovial therapist spoke to me for a bit before putting me through the wringer. He had me on all fours, alternatively arching and flexing my back. I thought I could feel every one of my vertebrae grating against its neighbors. He had me sit on the floor with my legs crossed, rotating my head, neck, and body from one side to another. This wasn’t helping. My back hurt even more than before. The therapist assured me that I wouldn’t split my spine open, that I wouldn’t become paralyzed, scenarios that I was actively recreating during my contortions. He asked me to perform the set of exercises three to four times a day, but I could barely contemplate redoing them even once. I felt like I had just been assaulted.

Ancient humans exercised not because they liked to but because they had no choice. As humans evolved from monkeys, they went from being quadrupedal tree dwellers to bipedal walkers. To achieve this transition, they gave up strength for endurance, primarily because it took them so long to track and chase their prey. For bushmen in the Kalahari Desert, for example, an average endurance hunt covers 19 miles. We had to be able to cover a distance just shy of a marathon every time we needed to put food on the table.

Therefore, an even stronger human instinct than to exert is to rest whenever given the chance, to conserve the nutrition garnered from that arduous hunt, which we didn’t have the option to do much of until recently, with the advent of cars and motorcycles and an automated economy reliant less on manual labor than on swipes on a touchpad.

The physician Susruta, who taught medicine at a university in Benares, India, was perhaps the first person to ever write a prescription for exercise for his patients, which he did in 600 BC. He asked his patients to exercise every day, for “diseases fly from the presence of a person habituated to regular physical exercise.” Yet exercise remains anathema for the injured. For someone in pain, just the thought of activity can be dreadful. This fear of movement, called kinesophobia, is present in 50% to 70% of folks with persistent pain. Kinesophobia is so common for a reason: if you have fractured your arm, the last thing you want to do is aggravate it by flinging it around. Yet this rational fear spills over into most chronic conditions, and in such cases immobility becomes harmful.

The fear of movement is the mortar that helps erect the prison of pain. As people become deconditioned, losing strength, pliability, and balance, they become even more vulnerable to injury. By making people more watchful, kinesophobia makes them even more sensitive to pain. Longitudinal studies show that a greater degree of kinesophobia is associated with the development of more crippling disability and pain and lower quality of life, independently of other factors.

For these reasons, and despite my reservations, my physical therapist was right. Exercise is a vital part of any multidisciplinary approach to managing chronic pain. Even as it can lead to initial increases in pain for some, exercise has been shown to be entirely safe for those with chronic pain and is associated with improvements in pain intensity and physical function. Exercise, actually, is known to be a most potent stimulant of the body’s innate painkillers.

Trapped in a boundless burrow with my life in tatters, with every inch causing a ton of torment, I knew I had to dig my way out or die trying.

In my dorm room, I finally decided to slowly pull my knees close to my chest. I couldn’t get them any closer than the halfway mark though. Holding them from the back wrapped in my arms, I stayed rolled up like a ball for as long as I could. It hurt even more as I uncoiled. With surgery out of the question and my aversion to opioids, this was my only shot. So I pulled my legs up again.

The next day I walked over to the physical therapy center with a prescription in hand for the receptionist. I was led into a dark room in the back with beds separated by thin linen curtains. I would become intimate with this room over the next year, returning almost every day, at times more than once. To be rid of pain, I would have to brave a whole lot of it. During this time, unable to stand in the operating room during a long operation, distracted while seeing patients in the ward by the lustful sight of an empty chair, I was barely able to function as a medical student. It was the toughest time I had spent within my body. I had forgotten what it was like not to be in pain and began to lose hope that pain would not be the last thing I felt as I fell asleep and the first thing I woke up to.

And then, gradually, without much fanfare, I began to get better. I could bend my knees to my chest. I started exercising more frequently, often using movement as a painkiller to douse the flames before they became an inferno.

Exercise saved my life but for many in chronic pain, that might not even be possible. Even for patients with health insurance, physical therapy can be much more expensive for the patient than getting drugs or procedures. Multidisciplinary pain centers in the United States are waning, in part because their services are too often not covered by insurers.

If we are to overcome the scourge of chronic pain, a crisis made particularly worse by the opioid epidemic, making exercise a key component of managing pain, and increasing access of patients to high quality physical therapy will be our way out of this morass. It certainly was for me.

Dr. Haider J. Warraich is a physician at VA Boston Healthcare System and Brigham and Women’s Hospital in Boston and an assistant professor at Harvard Medical School. This excerpt is adapted  from “The Song of Our Scars: The Untold Story of Pain” (Basic Books, 2022).

Rusty Strait - July 16, 2020
You might wonder how one who has lived the high life for most of her life would in up in a humble town like Hemet. Ask Patricia Yepremian, who has become a permanent fixture here and a woman to be reckoned with.