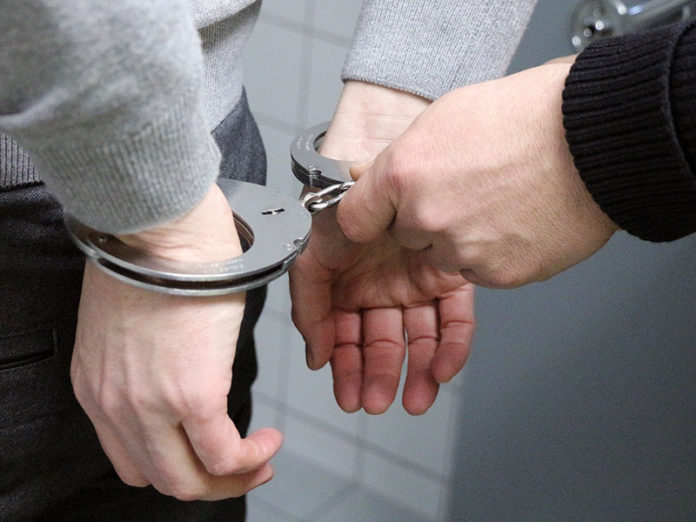 RIVERSIDE (CNS) – A man suspected of plowing through a red light in Riverside while driving under the influence of drugs, causing a five-vehicle collision that left nearly a dozen people injured, was being held today in lieu of $50,000 bail.

Michael Moses Rivera, 42, was arrested Sunday and booked into the Robert Presley Jail Detention Center in downtown Riverside on suspicion of driving under the influence of a controlled substance causing injuries.
According to a Riverside Police Department statement, Rivera exited the Riverside (91) Freeway onto Van Buren Boulevard, going southbound well in excess of the speed limit, shortly after 11 a.m. Sunday.

At the intersection of Van Buren and Citrus Heights Road, the suspect sped through a red light, and his vehicle slammed into three SUVs before colliding with a sedan and coming to a complete stop, police said.
Patrol officers arrived within a few minutes and encountered Rivera behaving erratically, running in the vicinity of his wrecked car with a “glass drug pipe” in one hand, according to the police department.
Officers took him into custody without incident.
Five adults and six children suffered minor to moderate injuries in the collision and were treated at a hospital, investigators said. All are expected to recover.
Rivera did not require medical treatment

Michael Peterson - January 24, 2022
On January 20, 2022 at 12:19 PM, the Colorado River Station (CRS) Special Enforcement Team (SET) and the Detective Bureau began an investigation into a possible marijuana grow house. Information was developed that led SET and detectives to the 1100 block of Catalina Dr. in the city of Blythe.