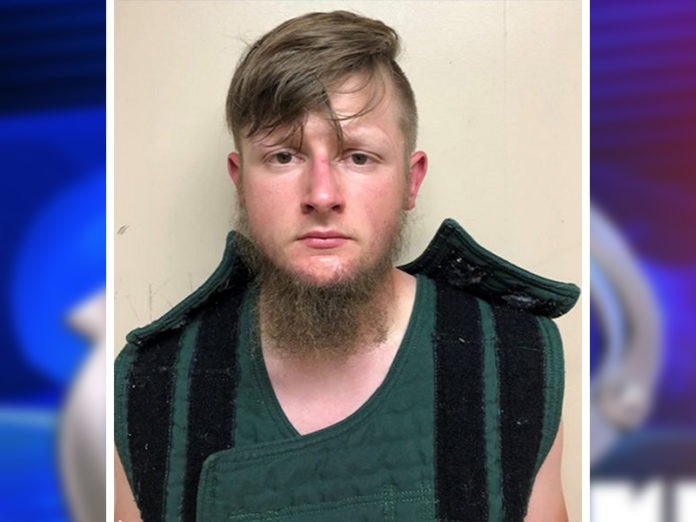 CANTON, Ga. (AP) — A man accused of killing eight people, most of them women of Asian descent, at Atlanta-area massage businesses pleaded guilty to murder Tuesday in four of the killings and was handed four sentences of life without parole.

Robert Aaron Long, 22, still faces the death penalty in the four other deaths, which are being prosecuted in a different county. The string of shootings at three different businesses in March ignited outrage and fueled fear among Asian Americans, who were already facing increased hostility at the time linked to the coronavirus pandemic. Many were particularly upset when authorities suggested Long’s crimes were not racially motivated but instead born of a sex addiction, which is not recognized as an official disorder.

In comments sure to further frustrate those who believe Long targeted Asian women, a prosecutor reiterated Tuesday that Cherokee County investigators saw no evidence of racial bias. That’s at odds with the hate crime enhancement that Long, who is white, faces just miles away in the four deaths in Atlanta.

“This was not any kind of hate crime,” District Attorney Shannon Wallace said.

On March 16, Long shot and killed four people, three of them women and two of Asian descent, at Youngs Asian Massage in Cherokee County, according to police accounts. A fifth person was wounded. Long then drove to Atlanta, where he shot and killed three women at Gold Spa before going across the the street to Aromatherapy Spa and fatally shooting another woman, police have said. All of the Atlanta victims were of Asian descent.

In Atlanta, Long could be sentenced to death if convicted in the four deaths. There, he also faces charges of aggravated assault and domestic terrorism in addition to murder, and prosecutors have said they will seek to have the deaths classified as a hate crime.

Wallace explained that Cherokee County prosecutors came to a different conclusion. When Long walked through the first spa “shooting anyone and everyone he saw,” Wallace said he told investigators he was motivated by a “sex addiction” and his desire to eliminate sources of temptation at businesses where he engaged in sex acts. Investigators interviewed people who’d known him for years, including three of Asian descent, who said they’d never heard him say anything derogatory about Asians or any other racial or ethnic group, Wallace said.

As for gender bias, Wallace said seeking a hate crime enhancement based on hatred of women would not have significantly extended his sentence.

The American Psychiatric Association does not recognize sex addiction in its main reference guide for mental disorders. While some people struggle to control their sexual behaviors, it’s often linked to other recognized disorders or moral views about sexuality, said David Ley, clinical psychologist and author of “The Myth of Sex Addiction.”

Wallace said prosecutors planned to seek the death penalty if Long didn’t plead guilty. All relatives of the victims they’ve been able to contact supported the plea deal in the interest of swift justice, she added.

Reached by phone, Michael Webb, the ex-husband of victim Xiaojie “Emily” Tan, said the family was trying to debrief after the hearing and would have more to say at a news conference later. But he said they were “very satisfied” with the plea.

Bonnie Michels, whose husband of 24 years, Paul, was the first person shot and killed, told the judge about the hole in her life left by his death.

“He loved life. He still had so many years left to enjoy it,” she said. “A part of me died with him that day. I am shattered.”

Elcias Rocendo Hernandez Ortiz, who was shot in the face but survived, also addressed the court, speaking in Spanish. He said it has been very hard for his family and he feels for the families of those who didn’t survive.

“Honestly, this man, why didn’t he think before killing so many people? I only want justice,” he said through a translator.

The prosecutor said the defendant signed a plea agreement admitting to all charges in Cherokee County, where he was accused of malice murder, felony murder, attempt to commit murder and aggravated assault. Cherokee County Superior Court Chief Judge Ellen McElyea accepted the agreement, handing him four sentences of life without parole plus an additional 35 years, all to run consecutively.

Long said he had planned to kill himself that day and went to the massage businesses thinking that paying for sex — which he considered wrong — would push him to do it.

“I was scared of killing myself and wanted to try to overcome that so I could,” he told McElyea on Tuesday.

But at some point while sitting in his car outside the first spa, he decided to kill the people inside.

Long said he was driven by a desire to “punish” the people who worked there.

Long is scheduled to appear again next month in Fulton County, where District Attorney Fani Willis filed notice that she intends to seek what is called a hate crime sentence enhancement, as well as the death penalty.

Georgia’s new hate crimes law does not provide for a stand-alone hate crime. After a person is convicted of an underlying crime, a jury determines whether it was motivated by bias, which carries an additional penalty.

Police said that after the shootings at the two Atlanta spas, Long got back into his car, and authorities said he intended to carry out similar crimes in Florida.

By then, Long’s parents had called authorities after recognizing their son in images from security video that the Cherokee County Sheriff’s Office posted on social media. His parents were already tracking his movements through an application on his phone so they would know if he visited massage businesses, the prosecutor said, and that enabled authorities to find him.

State Rep. Bee Nguyen, the first Vietnamese American to serve in the Georgia House and a frequent advocate for women and communities of color, said the shootings appeared to be at the “intersection of gender-based violence, misogyny and xenophobia.”