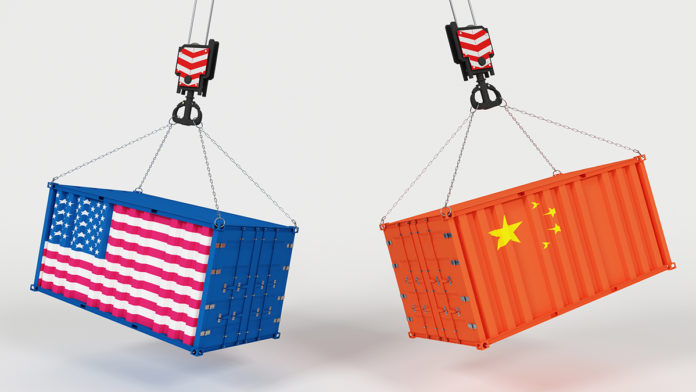 Market volatility has spiked the last two weeks as the Federal Reserve and U.S.-China trade negotiations reversed course. After raising rates each quarter last year, the Fed’s changed direction and dropped interest rates for the first time since 2007. After the Great Recession rates bottomed out and were not raised until 2016. Since then rates were raised periodically until this year when the Reserve received criticism on raising the rates too high and negatively impacting inflation. After much pressure and inflation showing no sign of life and data showing a slowing economy the Fed’s lowered rates by a quarter percent last week. It is highly unlikely that this will be the only rate drop. Right now, the futures market has four (4) more rate drops of a quarter percent through 2020.

Almost immediately after this, President Trump announced raising tariffs by ten (10%) percent on $300 billion worth of Chinese goods. The new tariffs would start on September 1st. Talks had cooled since earlier in the year prior to the G20 Summit where positive comments were the last public milestone. This announcement caught the market by surprise last week, resulting in the market losing ground. China announced they would retaliate over the weekend to the new U.S. tariffs. U.S. markets opened Monday to China stating that in retaliation they would drop their currency, the Yuan to extremely low levels against the dollar. As this news was digested the broad markets fell. Noted was the Dow Jones that fell over 900 points at the worst point Monday. The U.S. in, response, labeled China as a currency manipulator.

These two U-turns force the volatility indices to more than double. These headwinds are not likely to change anytime soon based on history. Taking inventory of both countries and the global market at this point; it appears to be a game of chicken to see which county blinks first. With the Federal Reserve now in a dovish defensive move Administration is positioned to hold the line and play hardball. Going into next year, the consensus is that both countries will be moved to reach an agreement.

As this volatility spikes, a defensive posture in any portfolio makes sense to keep the powder dry as they say. For fixed-income portfolios, as rates are dropped shifting to longer-term notes will lock in rates and help avoid the interest rate risk that has started. Today’s short-term rates will easily be cut in half. For equities waiting to buy for better opportunities ahead is the name to this game. Identifying what to buy and at what price to buy or lower your cost basis in a holding will pay off once we are out of these headwinds. Keep in mind that tax-loss selling of holdings at a loss and rotating into another security that is better position is another way to play the correction. Lastly, remember rebalancing during volatile times too. You want to spike not be spiked in these markets.

Americans are spending but inflation casts pall over economy

Associated Press - November 25, 2021
Americans are doing the main thing that drives the U.S. economy — spending — but accelerating inflation is casting a pall.

Andrew F. Kotuk - October 24, 2019
This week, twenty (20) percent of the companies on the stock market will report their quarterly earnings. So far it seems over eighty (80) percent of those beat analysts expectations. Most companies have lowered their earnings, making it easier to beat.