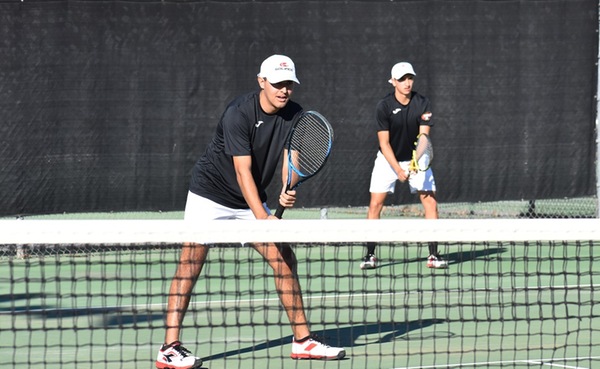 The men’s tennis team was back in action Thursday, March 5th, 2020 hosting Victor Valley in an IEAC conference match. The Eagles came away with a solid 7-2 victory, moving their record to 8-3 (2-1 IEAC). The doubles round was competitive, with MSJC taking two of the three matches. Nick Van Dyke and Ashton Vega teamed up at number two doubles and cruised to a dominant 8-0 win. In the singles, the Eagles took full command, earning impressive straight-set wins in positions one through five. The guys are back in action next Tuesday when they travel to defending state champion College of the Desert.