The Emergency Broadband Benefit program offers a subsidy each month toward broadband service for eligible households.

The COVID-19 pandemic has heightened the need for universal broadband access. Without reliable high-speed internet, it is difficult for students to attend online classes and for parents to work at home.

Many California households struggle to afford internet services, particularly in low-income communities and communities of color. To help bridge this digital divide, the federal government established the Emergency Broadband Benefit program last May. The program offers a subsidy of up to $50 per month toward broadband service for eligible households – those earning up to 135% of the federal poverty level (or about $35,000 for a family of four) or who qualify for other federal safety net programs.

The recently enacted Infrastructure Investment and Jobs Act extends the Emergency Broadband Benefit program indefinitely, with a subsidy of $30 per month. However, preliminary data show that the program is not reaching many eligible households. Nationwide, only about one in five eligible households were enrolled as of Oct. 31. This means that 26 million eligible households are not receiving the subsidy.

California’s 24% take-up rate – the percentage of households enrolled in the program out of all eligible households – is slightly higher than other large, diverse states, such as Florida (22%), New York (21%) and Texas (19%). However, only 9 of California’s 58 counties have take-up rates above 50%, and its median county take-up rate is only 27%. Take-up rate varies widely across counties: it is only 8% in Marin, Nevada and Sierra counties, while it is effectively 100% in Imperial County and quite high in Merced (84%) and Kern (77%) counties.

Although these low rates are cause for concern, counties with higher poverty rates tend to have higher Emergency Broadband Benefit participation. This correlation is promising because the increased access to the internet in high-poverty counties could boost those local economies.

Several factors contribute to the low take-up rate. First, awareness is very low: nationwide, only 23% of adults have heard “a lot” or “some” about the Emergency Broadband Benefit program. Second, many households may be discouraged by the multi-step application process, which requires them to first apply to the government and then arrange for a participating internet service provider to apply the subsidy. Third, some internet service providers initially required enrollees to upgrade their existing data plans to more expensive plans, so some households may have decided not to apply for fear of higher bills if they become ineligible or if the program ends.

There are several ways to improve the Emergency Broadband Benefit program:

• Streamline the application process and service delivery. Leveraging existing data, resources and information pathways could simplify enrollment. The pandemic-EBT card, used to supplement household food budgets, is a model for delivering much-needed support that households can use with any participating internet service provider.

• Limiting household broadband costs to a percentage of income. The Emergency Broadband Benefit subsidy does not cover all broadband costs, which average $68/month nationwide and may increase with newer technology. Policymakers could consider replicating the design of existing housing subsidy programs, which cover costs above a percentage of household income.

Closing the digital divide is critical to improving educational and economic opportunity. While the state recently approved investments intended to narrow this divide in the long term, short-term strategies such as the Emergency Broadband Benefit are also needed to address current gaps. 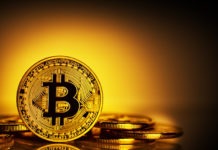 Fed attacks inflation with its largest rate hike since 1994 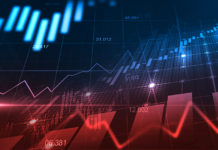 Sell “AS IS” or make renovations?

Matt McPherson - July 8, 2019
Renovating will get your property sold faster, but avoiding the headache of costs and the improvements themselves make an as-is sale...

Associated Press - March 17, 2022
The Federal Reserve launched a high-risk effort Wednesday to tame the worst inflation since the early 1980s, raising its benchmark short-term interest rate and signaling up to six additional rate hikes this year.