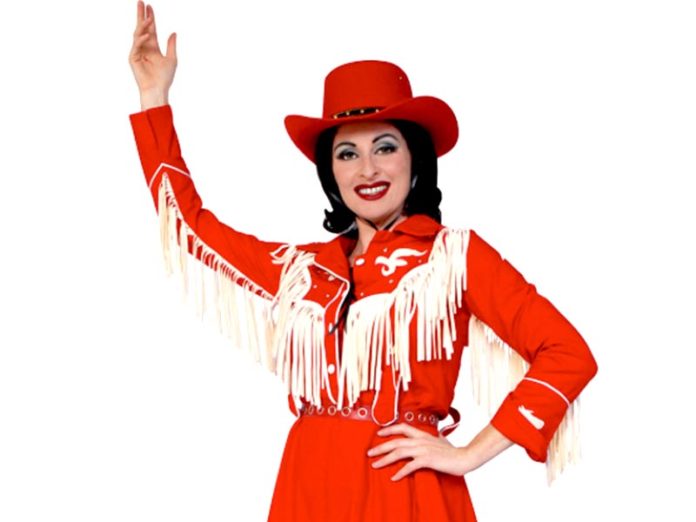 Bonnie Kilroe, the ultimate Patsy Cline tribute girl brought something new and well-received at American Legion Post 53 dinner this past week. Not only was she articulate, she sporting a genuine Cline voice, but she opened her show with a sense of humor that kept the house in stitches. The dance floor was overrun with dancers, both country and urbanites.

The event started out at 7 a.m. when breakfast was served. That was followed by watching the Army/Navy’s annual battle for bragging rights. Navy won in a landslide. At 5:30 PM the doors were opened for the big event. Dinner was served at 6 and trust me, it was delicious.

At 7 PM Bonnie came bouncing out in cowboy Christmas garb. From the moment she hit the stage until two hours later, the joint was jumping. I think there were a few teardrops when she ended the show with Patsy’s signature song, “Crazy,” written by Willie Nelson. In between, she ran a songbook of Patsy’s recordings, several of which were new to me and probably a lot of others as well.

During the show she had folks in the audience join her on stage for some skits, truly incorporating the audience into the show. At the end she posed for pictures. She’s a real trooper and negotiations are now on for a return visit in March of next year.

There was an added attraction to the show: the new full liquor bar was now open. It was new to me, although veterans who are not members of the Post have suggested to me that Post 53 would garner a lot more activity from young veterans if there was a bar.  Now they have no excuses.

I also learned from conversations with the Iraq and Afghanistan wars, that young veterans respect their comrades from past conflicts. However, sitting around recalling battles long gone, doesn’t necessarily enthuse some of the young veterans: they are interested in having a comradeship that lives in the future, such as what they are all doing now in civilian life.

I can echo those concerns. As a veteran of World War II, I have heard every story from Omaha Beach to the peace treaty signed between Japan and the United States on deck of the battleship Missouri. As a new generation becomes veterans, times have changed.

American Legion Post 53 is very involved in our community and is an excellent source of information needed by our veterans. Health, pensions and anything else that enhances the health and welfare of Valley veterans and their families is paramount. So, now you have it young vets: the legion is there for you too. So why not join up?  Next year you’ll get to see Bonnie Kilroe…and that’s worth the price of admission! 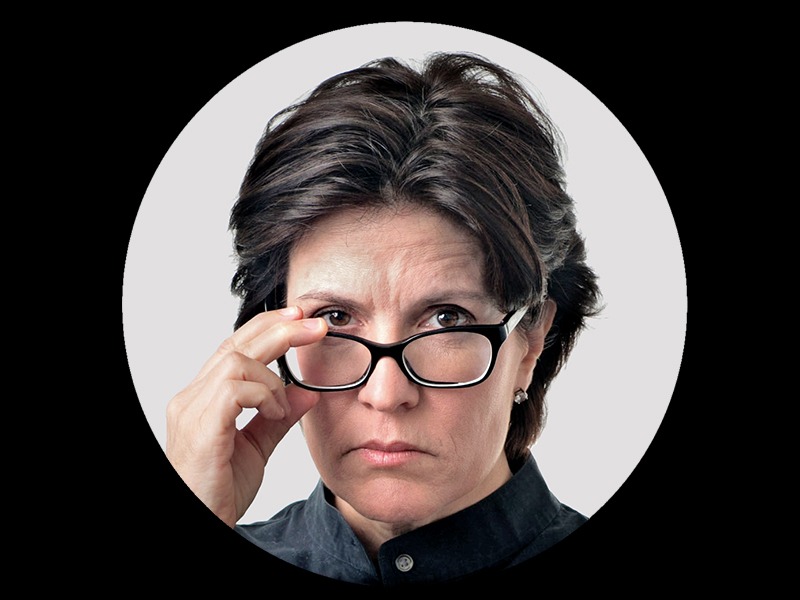 Hollywood’s Recovery, Live Events in the Covid Era and Microsoft

Contributed - October 3, 2021
Will the premiere of the 25th James Bond movie, “No Time to Die” — delayed since last year because of the Covid pandemic — result in big ticket sales for the much beleaguered movie theater industry? So far, demand for the film is tracking well in presales — and in excitement — which is in fitting with an overall upward trend in ticket sales since they sank at the start of the pandemic.

Hero By Another Name

Muhammad Naeem - November 21, 2020
I learned a very valuable lesson this election year. I was taught by my daughter what makes a hero. I am, what some would call, a know-it-all, and I learned that my daughter had given me that status to such a point that it distorted her own thoughts to fit with mine. This realization and its eventual undoing were an eye-opener for me. This know-it-all fell a tad short of expectations.