On May 28, 2020, about 5:28 PM, deputies responded to the USA Gas Station located at 22990 Alessandro Blvd., Moreno Valley, regarding a robbery.  The suspect, a Hispanic male adult, entered the store, removed a revolver from his left pant pocket and demanded money from the clerk.  After removing the money from the register, the suspect entered a silver Volkswagen Passat and fled the area westbound on Alessandro Blvd.  Members of the Moreno Valley Station Robbery Burglary Suppression Team (RBST) assumed the investigation immediately and began utilizing several investigative tools, to include the citywide camera system.  Through the diligent work of RBST members from the Moreno Valley Station and Perris Station, Riverside County Sheriff’s Department Crime Analysts and the public, this suspect was connected to at least 7 additional robberies within the cities of Moreno Valley, Perris, Murrieta, San Jacinto, Nuevo and Wildomar.

On June 9, 2020, the Hemet Police Department attempted a vehicle stop on a Silver Volkswagen Passat based on a Riverside County Sheriff’s Department suspect flyer.  The vehicle immediately attempted to evade the Hemet Police Officer and a vehicle pursuit took place which ended in the city of Menifee.  The driver, Gabriel Rudy Hernandez, was positively identified as the suspect in all 7 robberies.  Additionally, several items of evidence were located inside Hernandez’s vehicle that connected him to the robberies.  Anyone with information is encouraged to contact Moreno Valley Station Deputy Scott Anderson at 951-486-6700 or Perris Station Deputy Joshua Greco at 951-210-1000.

Associated Press - March 3, 2021
HOLTVILLE, Calif. (AP) — An SUV packed with 25 people pulled in front of an oncoming tractor-trailer on a two-lane highway cutting through farmland near the Mexican border early Tuesday, killing 13 and leaving bodies strewn across the roadway. When police arrived some of the passengers were trying to crawl out of the crumpled 1997 Ford Expedition, the front end of the rig still pushing into its left side and two empty trailers jackknifed behind it. Other victims were wandering around the fields. 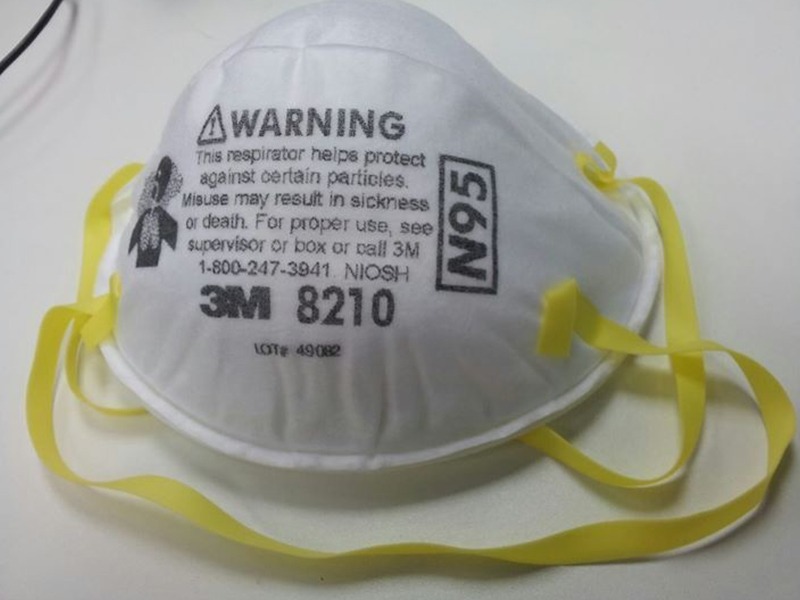 Contributed - January 29, 2022
Riverside County residents will soon be able to obtain up to three free N95 masks for themselves as part of the Biden administration's effort to distribute 400 million free N95 masks around the country.