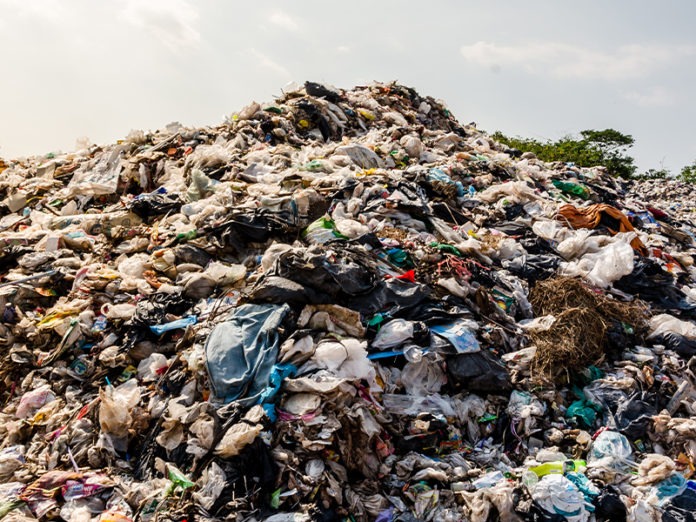 NEW DELHI (AP) — The scavengers wait patiently for a dump truck to tip the trash on the summit of the landfill outside New Delhi. Armed with plastic bags, they plunge their bare hands into the garbage and start sorting it.

Every day, more than 2,300 tons of garbage is dumped at the landfill at Bhalswa that covers an area bigger than 50 football fields, with a pile taller than a 17-story building. And every day, thousands of these informal workers climb the precarious slopes to pick through what can be salvaged.

They are among the estimated 20 million people around the world — in rich nations and poor — who are pivotal in keeping cities clean, alongside paid sanitation employees. But unlike those municipal workers, they usually are not eligible for the coronavirus vaccine and are finding it hard to get the shots.

The pandemic has amplified the risks that these informal workers face. Few have their own protective gear or even clean water to wash their hands, said Chitra Mukherjee of Chintan, a nonprofit environmental research group in New Delhi.

“If they are not vaccinated, then the cities will suffer,” Mukherjee said.

Manuwara Begun, 46, lives in a cardboard hut behind a five-star hotel in the heart of New Delhi and feels the inequity keenly. Chintan estimates that each year, those like her save the local government over $50 million and eliminate over 900,000 tons of carbon dioxide by diverting waste away from landfills.

Still, they are they not considered “essential workers” and thus are ineligible for vaccinations.

Begun has started an online petition pleading for vaccines and asking, “Are we not human?”

Sanitation workers employed by local governments in South Africa and Zimbabwe are likely to be in line for the COVID-19 vaccine after health workers, unlike those who sort through the trash. At the Dandora landfill in Kenya’s capital of Nairobi, some of the scavengers who are not eligible for a shot wear medical gear discarded by hospitals and health clinics, saying it especially protects them from the weather during the rainy season.

There is no doubt that these people provide an essential service, says Louise Guibrunet, a researcher at National Autonomous University of Mexico who has studied the issue.

In Mexico, scavengers help municipal workers on garbage trucks and often collect trash from neighborhoods not served by authorities. The work is dangerous, and injuries are common, so governments have an incentive to not recognize them or provide benefits like health care, she said.

They often are already poor, moving to unfamiliar cities to eke out a living by sorting garbage, says Robin Jeffrey, a professor at the Institute of South Asian Studies at the National University of Singapore. That many of these workers in India belong to poor Muslim or Dalit communities, who once were known as “untouchables” at the bottom of the country’s caste system, adds a layer of prejudice.

“The vaccine is just another, and very dramatic, example of an exclusion that has prevailed before COVID-19 came on the horizon,” said Jeffrey, who co-authored a book on waste in India in 2018.

India said it will give vaccines to everyone over 45 starting April 1. At private hospitals, each shot is sold for 250 rupees ($3.45), but they are free at government hospitals.

Because the pandemic sent the price of oil crashing, it became cheaper to make new plastic than to recycle it. In many countries, closed borders brought recycling markets to a halt, lowering demand for reused materials that the workers collect.

In New Delhi, a pound of plastic bottles sells for the equivalent of 11 U.S. cents, half of what it brought before the pandemic. Sahra Bano, 37, who lives near the Bhalswa landfill and sells what she can scavenge, says she used to earn about 400 rupees ($5) per day. Now, getting even half that is difficult.

Toxic runoff from the landfill infiltrates the groundwater, so she must spend 40 rupees (5 cents) per day on bottled water; the rest of what she earns goes for food. To earn enough to get one shot of the vaccine, she said she would have to collect and sell an additional 31 pounds of plastic bottles.

“We are struggling to feed our family. How can we buy vaccines?” she asks.

To get the free vaccine from an overburdened public hospital, she would have to wait there for days, and each day away from work is one without food on the table. Moreover, the stigma associated with waste workers in India means they are often turned away from such facilities.

Any illness means visiting a drugstore, not a doctor, for medicine.

If they’re lucky, the person recovers, she says, adding: “If not, what can we do?”