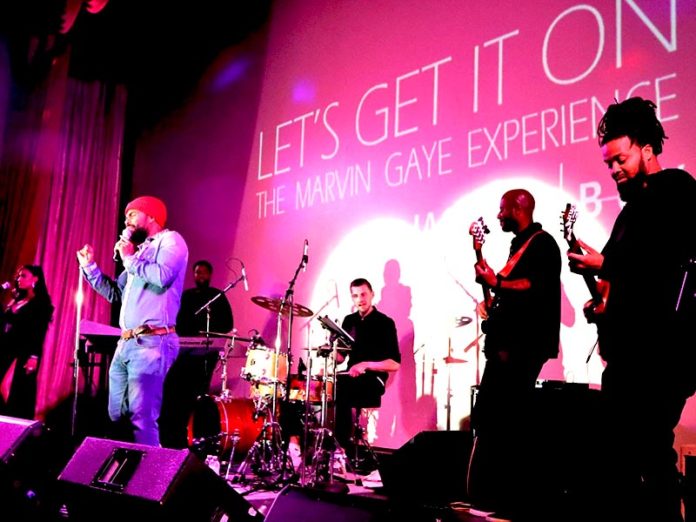 Last year, the Historic Hemet Theatre was thrilled to present the premier performance of a Tribute to Marvin Gaye featuring Grammy Award winner Jackie’s Boy. The show was a sellout, earning rave reviews from the crowd. (for a preview, search YouTube “Jackie’s Boy Marvin Gaye”)

After touring the country earning rave reviews, on Saturday February 22nd, Jackie’s Boy returns for an encore performance, celebrating the music of the legendary Marvin Gaye.

Marvin Gaye helped shape the sound of Motown in the 60’s and 70’s, with a string of hits including “I Heard it Through the Grapevine,” “Let’s Get It On,” “What’s Going On,” “Mercy, Mercy Me” and “How Sweet It Is (To Be Loved By You.” Gaye died prematurely at the age of 44 when he was fatally shot by his own father. But his impact on the music industry has prompted many institutions to honor him posthumously—including a Grammy Lifetime Achievement Award and induction into the Rhythm and Blues Music Hall of Fame, the Songwriters Hall of Fame and the Rock and the Roll Hall of Fame.

Tickets for the Tribute to Marvin Gaye are moving fast but are likely to be available day of show. Meanwhile, tickets for The Tribute to The Bee Gees on March 7th are already completely sold out.

The Marvin Gaye Tribute is the fourth show in this season of the Tribute Mania Concert Series. The season continues next month with tributes to The Bee Gees by Bee Gees Gold (March 7), Tom Petty by Petty and the Heartshakers (March 21), Metallica by Masters of Puppets (April 4) and Abba by Abba Fab (April 18).

Three Documented Gang Members Arrested for Possession of a Firearm and...

HHT kicks off season three with tribute to Madonna