On Saturday August 7th, Smooth Sounds of Santana hits the stage for the fourth time at the Historic Hemet Theatre. Past shows have drawn some of the fastest sellouts (and this appears to be no exception), so fans are advised to grab their tickets as soon as possible.

An odd phenomenon takes place when this band hits the stage. As usual, the dance floor is packed — but strangely, almost no one is dancing! The entire crowd is just staring at the band! This band performs with three drummers and the result is a show that will make your jaw drop!

“Smooth Sounds of Santana” recreates the look & sound of Carlos Santana, replicating the music, note by note, from the legendary early days to material from all eras of Santana’s 30+ year history. The show features all the biggest hits as well as some lesser-known classics that will thrill even the most die-hard fans. Lead by Gary Albano, seven seasoned musicians recreate the sound that earned Carlos Santana eight Grammy Awards and induction into the Rock and Roll Hall of Fame.

Santana was the first to bring Latin-infused rock, jazz, blues, salsa and African rhythms to rock and roll, and is widely regarded as one of the greatest guitarists of all time. Among Santana’s greatest hits are “Black Magic Woman,” “Evil Ways,” “Oye Coma Va,” and “The Game of Love.”

Even if you were not a Santana fan “back in the day,” this performance is one that you simply must experience for yourself. 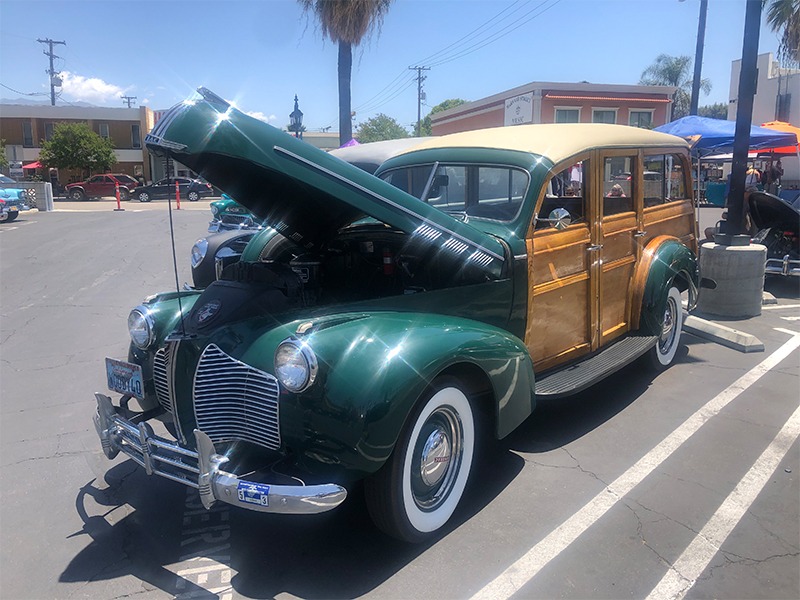 Rusty Strait - May 29, 2021
This past Saturday, Matt McPherson’s Downtown Hemet Farmer’s Market, hosted a car show in the back parking behind Team Quest Gym.