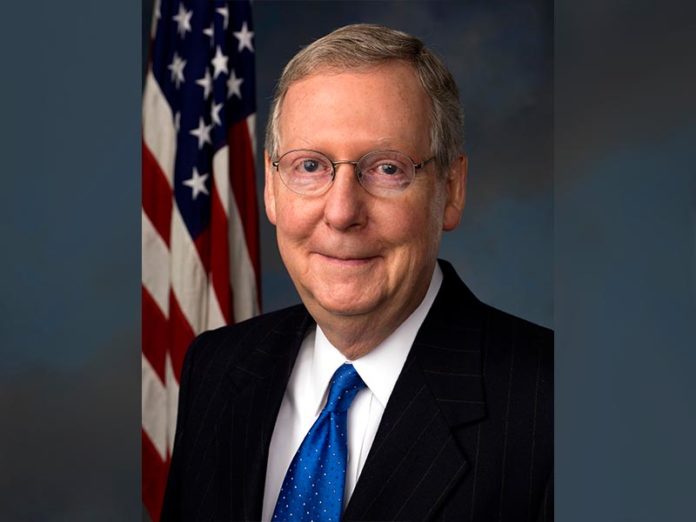 WASHINGTON (AP) — The $900 billion economic relief package that President Donald Trump signed over the weekend will deliver vital aid to millions of struggling households and businesses. Yet his nearly one-week delay in signing the bill means that it will take that much longer for the financial support to arrive.

The package that Trump signed at his private club in Florida on Sunday will extend two unemployment benefit programs providing aid to 14 million people that expired last week. It will also provide small business loans and up to $600 in cash payments to most individuals. In addition, it extends a moratorium on evictions for one month. The measure does not include aid for states and localities that are being forced to turn to layoffs and service cuts as their tax revenue dries up — a potential long-run drag on the economy.

The legislation extends the two federal jobless aid programs until mid-March and adds a $300 supplemental weekly payment. But because Trump signed the bill on Sunday, a day after the two programs lapsed, that could cost the unemployed a week of benefits, with payments not restarting until next week.

“The date was really unfortunate,” said Michele Evermore, a senior policy analyst at the National Employment Law Project, a workers’ advocacy group. “Now there’s some question as to when this gets paid out.”

It is possible that the Labor Department will interpret the law to allow payments for the week ending Jan. 2, Evermore said. But if the bill had been signed Saturday, payments clearly could have restarted this week.

And it will likely take two to three weeks for states to update their computer systems to resume the aid programs and pay out the extra $300, Evermore said, a process that could have started earlier, after Congress first approved the bill about a week ago.

The delay will force those out of work to make hard decisions about paying for food, medicine or rent.

“These are people who have been living in poverty for months,” she said. “Any delay is an immense hardship.”

Months from now, economists say, the widespread distribution and use of vaccines could potentially unleash a robust economic rebound as the virus is quashed, businesses reopen, hiring picks up and consumers spend freely again. Yet the aid likely won’t last long enough to support struggling small businesses and the unemployed until the vaccine has been broadly distributed and a strong rebound has begun.

“Some aid is better than no aid,” said Gregory Daco, chief U.S. economist at Oxford Economics. “It’s positive. But it’s likely going to be insufficient to bridge the gap from today until late spring or early summer, when the health situation fully improves.”

President-elect Joe Biden has said he will seek another relief package soon after his inauguration next month, setting up another political brawl given that some Senate Republicans have said that with vaccines on the way, further government aid may be unnecessary.

The new aid package should boost the broader economy, according to Goldman Sachs. Economists at the investment bank said late Sunday that they are boosting their growth forecast for the first three months of next year to 5% at an annual rate, up from an earlier estimate of 3%.

Much of that upgrade is based on the inclusion of $600 stimulus checks, Goldman economists said.

Right now, however, the economy is in a renewed slump as a resurgent virus intensifies hardships for businesses. Consumers have cut back on shopping, traveling, dining out and attending sports and entertainment events. Key measures of the economy — retail sales, applications for jobless aid, travel spending — have weakened.

Roughly 14 million Americans faced a cutoff of their federal unemployment benefits if Congress hadn’t agreed to the new package after months of stalemate. Perhaps 2 million Americans would have been able to transfer to a state-run extended benefit program, but the rest would have had no income at all. More than 4 million have already used all the unemployment aid available to them, which lasts 26 weeks in most states; they will be able to reapply.

Kathy Richardson, 60, hopes to catch up on the car and rental payments that she has fallen behind on, now that she can reapply for unemployment benefits. She started receiving jobless aid in the spring after she was laid off from her executive assistant job at a dental practice but the benefits ran out in November.

“If it hadn’t been for family and friends I’d be homeless,” she said. “It’s been very stressful.”

Richardson, who lives in Overland, Missouri, just outside of St. Louis, had a Zoom interview for a new administrative job Monday and was hopeful about her prospects. She has applied for work at Walmart, Target, and Burger King, she said, but was turned down because those companies assume she will quit once she can find a job more consistent with her career.

Her 18-year old son received Christmas presents from her three sisters this year, but not from her.

“I told him, ‘Maybe we’ll have a special Christmas in July after I’ve gone back to work,” Richardson said.

The much larger rescue package the government enacted in March was widely credited with averting a disaster. By injecting money quickly into the pockets of individual Americans, it served to reduce poverty. But as much of that aid expired over the summer, poverty grew. Many people ran through the $1,200 direct payment checks that had been distributed in April and May. And a supplemental $600 in jobless benefits expired over the summer.

According to research by Bruce Meyer at the University of Chicago and two colleagues, the U.S. poverty rate jumped from 9.3% in June to 11.7% in November — an increase of nearly 8 million people.

The new relief package restores the Paycheck Protection Program, which offers forgivable loans to many businesses. But many small businesses complain that the program in the past was too restrictive, requiring them to use most of the money on payroll and not enough for other expenses like rent, the cost of personal protective equipment or other supplies.

“It’s not stimulus — it’s a survival plan,’’ Michael Graetz, a Columbia University law professor who studies tax and social policies, said of the new relief package. “Will it allow people to survive for a little longer than they would have otherwise, given what was about to happen at the end of the year? The answer is yes. Not doing it would have been malpractice.’’

Associated Press - April 15, 2021
SAN FRANCISCO (AP) — Gov. Gavin Newsom on Wednesday urged all California schools to reopen, emphasizing that there are no state or health barriers to getting children back into classrooms and ending distance learning.

Bob Dole to lie in state at Capitol as nation honors...