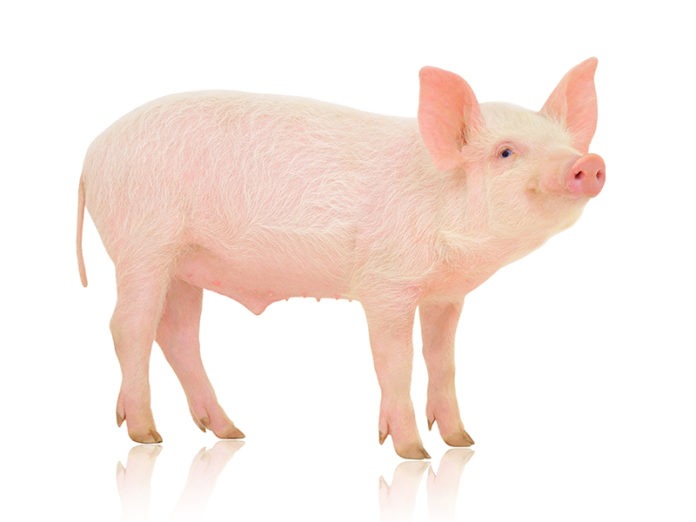 NEW YORK (AP) — U.S. regulators have approved a genetically modified pig for food and medical products, making it the second such animal to get the green light for human consumption. But the company behind it says there are no imminent plans to sell it for meat.

The pig is genetically engineered to eliminate the presence of alpha-gal, a type of sugar found in many mammals. The sugar makes its way into many products — including medications, cosmetics and food — and can cause allergic reactions in some people.

The main goal of the company behind the pig, United Therapeutics Corp., is to develop medical products, such as blood thinners, that won’t set off such reactions, said its spokesman Dewey Steadman. Eventually, the Silver Spring, Maryland-based firm hopes to develop a way for the pig’s organs to be transplanted into people.

The pig, called GalSafe, also has commercial potential as food, but Steadman said the company doesn’t know when it might be able to secure an agreement with a meat producer to process and sell it. He noted the meat allergy the pig addresses, called alpha-gal syndrome, isn’t yet considered a major issue.

Health researchers don’t fully understand how the allergy develops, but it has been tied to bites from certain ticks. In 2009, there were 24 reported cases, but more recent estimates exceed 5,000 cases, according to a report by a working group for the U.S. Department of Health and Human Services.

Symptoms can include hives, itching, cramping and vomiting. Unlike other food allergies, alpha-gal reactions typically happen several hours after eating beef, pork or lamb, making it difficult to diagnose.

Jaydee Hanson, policy director for the Center for Food Safety, noted that meat from the genetically modified pigs wasn’t tested in people with the allergies.

“You’re offering it up as something they can eat, without knowing whether it addresses their allergy,” Hanson said.

The FDA said it didn’t evaluate allergy-specific food safety, since the company’s application didn’t include data on the preventing such reactions.

The Center for Food Safety has sued the FDA over the first genetically modified animal the agency approved for human food — salmon engineered to grow faster. The group said it’s reviewing the agency’s decision on the GalSafe pig posted Monday.

Greg Jaffe of the Center for Science in the Public Interest said the FDA’s approval of the GalSafe pig announced Monday is also concerning because it came without a chance for public comment.

“Nobody was given notice, and all of a sudden there’s an approved animal,” he said.

The company didn’t disclose exactly how it altered the animal’s DNA. Jaffe said the pig was produced by knocking out a gene responsible for producing the sugar and adding another that serves as a marker for the silenced gene.

Jaffe said he’s not aware of any rules on how pork from genetically modified pigs would need to be labeled to be sold in supermarkets. A representative for the U.S. Department of Agriculture, which oversees meat labeling, did not immediately respond to a request for comment.

Steadman said the United Therapeutics pigs would be more difficult to produce than conventional pigs for meat because of requirements governing how they must be kept and slaughtered. He said there are about 25 GalSafe pigs at an Iowa farm.

Long term, he said the goal is to combine the genetic modification with multiple other changes to make their organs acceptable for transplants in people. For years, researchers have been looking into the idea of transplanting pig organs as a way of eliminating shortages of donated organs.

Though there aren’t any plans yet to sell meat from GalSafe pigs, the genetically modified salmon could become available in the U.S. soon. AquaBounty, the company that produces the fish, says it is determining the best time to harvest the salmon, which have been growing in indoor tanks at a plant in Indiana.