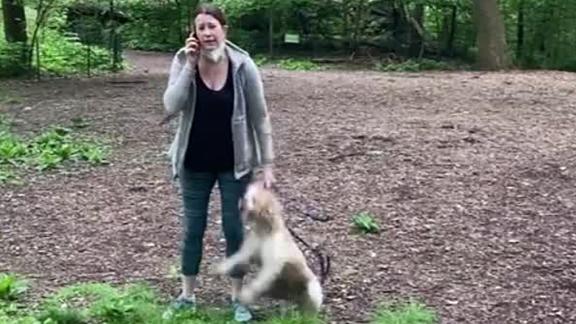 Amy Cooper’s apology — which began ‘I am not a racist. I did not mean to harm that man in any way’ — after her infamous confrontation in Central Park reminded me of an incident in 2008, when I was a mid-level staffer on the Senate Judiciary Committee.

I was among a group of African American staff who overheard a very senior Senator make a comment that, were I in a mood to be charitable, I would describe as ‘racially insensitive.’

But I’m not, so let’s call it what it was: racist.

It was ugly enough that the following morning he was in full damage-control mode, placing personal apology phone calls to every black staffer who was present and may have overheard his remark.

I will never forget how the call started. The senator greeted me by name, introduced himself, and said he was sorry for what I had heard the previous day. ‘It’s not who I am. I’m not that way,‘ he told me.

Multiple times during the conversation, he returned to the same theme — that regardless of whatever I heard, he wasn’t the horrible person I might assume him to be.

It remains one of the more remarkable conversations I’ve ever had: ten minutes of listening to a guy apologize for doing something racist, despite an almost comical inability to bring himself to even say the word ‘racist.’

By now, you’ve probably seen the viral video of Amy Cooper weaponizing her privilege faster than you can say the words ‘race card.’

Prior to filming the incident, Christian Cooper (no relation), who is black, asked Amy Cooper to leash her dog as per park rules. According to an account of the incident that Christian Cooper posted on Facebook along with the viral footage, he then told her, ‘Look, if you’re going to do what you want, I’m going to do what I want, but you’re not going to like it.’ (‘I didn’t know what that meant. When you’re alone in a wooded area, that’s absolutely terrifying, right?’ Amy Cooper later expressed to CNN.)

Christian Cooper then started filming, and their exchange prompted Amy Cooper to call the cops in hysterics, pleading with them to send officers because, she claimed, she was being threatened by an African American man. Most chilling is that prior to calling the police, she warned Christian Cooper that she would call the cops to ‘tell them there’s an African American man threatening [her] life,’ a claim that any objective viewer would find laughable.

I’ll get back to Amy Cooper’s own flawed apology and what we can draw from it in a moment.

But first, to anyone trying to wring their hands about what is and isn’t racist, let me ask a basic question: Why did she immediately bring up Christian Cooper’s race when threatening to call the police, prior to even dialing?

It’s as if she needed to remind him that even though he was legally in the right and was the one holding the camera, she held all the societal power. Could she have been well aware of the numerous, tragic encounters between black men and boys and police (or renegade white men with shotguns taking the law into their own hands)? Or as a white woman, did she just have a hunch that the public would reflexively trust her account of the situation over his? It’s hard to imagine otherwise.

Nevertheless, it seems she knew afterward that she’d stepped in it. Not unlike the Senator, she gave what she considered to be an apology, claiming she meant no harm to Christian Cooper. And in doing so, she spoke in a manner reminiscent of many people far more famous than she who sought to absolve themselves by boasting of their racial virtue.

From chef Paula Deen’s plea to be judged by ‘what’s in the heart,’ despite her use of ethnic slurs, to NASCAR driver Kyle Larson’s reminder that ‘[he] wasn’t raised that way’ (as if we’d asked), or squirrely apologies from Madonna, Charlie Sheen, Paris Hilton, Tim Allen and countless others, offenders often seem to try to get a pass from actual contrition by merely saying (or convincing themselves) they’re not racist.

Amy Cooper was not widely known prior to this event, and likely doesn’t have access to the same public relations resources as rich celebrities who have apologized for their behavior. She is also, of course, human, and her full character is defined by more than a singular moment caught on tape, however shameful.

But it is still important to understand the impact Amy Cooper’s actions could have had. With this in mind, let’s play out the case of the two Coopers of Central Park, and take Amy Cooper at her word that she’s not a racist (whatever that means). Then what?

What if police had arrived at the scene, guns drawn, responding to the screams of a white damsel (with a cute dog, to boot) in distress? How could that scene have ended differently for the black man falsely accused of threatening her life? Had this ended in tragedy, would it matter that she had the decency to have never previously turned a fire hose on a black person or hung a noose at one’s home?

No. Regardless of her intent, her actions could have carried profound, racist consequences. And she had to — or at least ought to — have known that. In this case, and in so many others, words and actions matter. Both can be racist. Both often are.

Or, put another way, perhaps Amy Cooper is a racist. Perhaps she isn’t. It doesn’t matter. How she chooses to define herself is irrelevant to the question of what the impact of her (actually racist) actions was.

All of this flows from white people’s deep fear of the word ‘racist,’ which many evidently see as ‘the absolute worst, most vile thing you can call a person,’ as former Maine Governor Paul LePage once put it. This line of thinking seems to be that if being racist is an unforgivable sin, happening to do an occasional racist thing can be immediately forgiven by one’s simply not being racist to the core. Easy enough. But this disregards the notion that more often than not in matters or race, it’s the consequences (and not the intent) that cause the hurt.

Moreover, embedded in this attitude is the perverse notion that white people get to set the terms of the debate over what is racist. Maybe it’s me, but as someone who has actually been called a ‘n*****’ by white people more times than I care to count, I think I’m in a far better position to decide who has done something racist than, say, former ‘Seinfeld’ star Michael Richards.

The actor apologized and claimed he, too, was not a racist after being filmed onstage in an extended rant shouting at a black man, ‘fifty years ago we’d have you upside down with a f***ing fork up your ass… A n*****, look, there’s a n*****!’

Comedian Chris Rock summed the issue up perfectly when he asked, ‘what do you got to do, shoot Medgar Evers to be a racist?’

White people could start with acknowledging in their apologies that even good people are capable of doing racist things. A real expression of contrition should include: ‘I’m ashamed that I was capable of doing something so racist.’ Or, ‘How I was raised decades ago is irrelevant; I did something racist today, and am sorry.’ Or perhaps, ‘I don’t think I harbor actual animus, but regardless of whether I do, I have work to do.’

If you are a white person who is ever in a position to apologize for something racist, try that approach next time. You’ll be a lot more credible to those tasked with forgiving you.

And if it’s to me, who knows? I (probably) won’t even accuse you of being that way.Popular in the Community