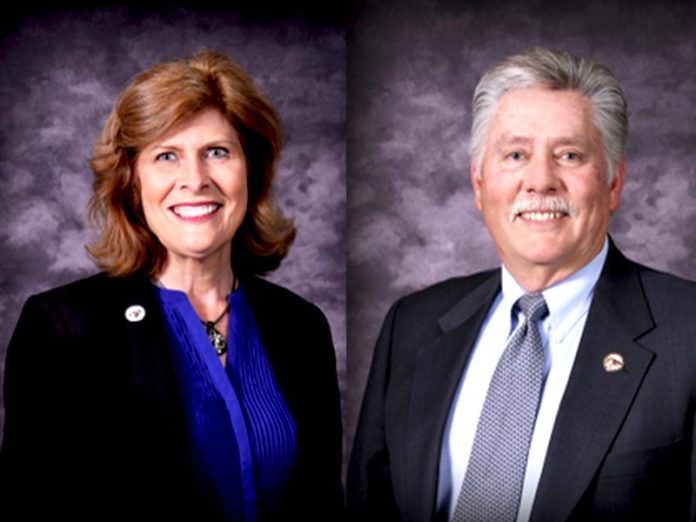 Late Tuesday night the HSJ Chronicle learned that Russ Brown was appointed Mayor and Linda Krupa has been named Mayor Pro Tem.  The Hemet-San Jacinto Chronicle would like to offer our congratulations to both the new mayor and new mayor pro tem, and we would like to extend to them an invitation to discuss issues with the Chronicle at any time.  Congratulations!

For our readers whom may be wondering what the process of choosing who will be the Mayor every year here is a bit of background.

“Each December, the City Council votes to appoint a Council Member to serve as Mayor and a Council Member to serve as Mayor Pro Tempore. The Mayor presides at City Council meetings and serves as the official head of the City for ceremonial purposes. The Mayor Pro Tempore performs the duties of the Mayor during their absence or disability. This reorganization usually takes place at the same regular meeting as the certification of the election or upon vacancy. As a new Mayor is chosen, it is customary that the outgoing Mayor is recognized for their time and commitment to the City.”