Last week we took the community to task for not giving their support to the Ramona Play’s 100th Anniversary celebration. Lo and behold the turnout at Dattilo’s Ristorante fundraising bash was jammed to the wall, speculated to have brought in about $8,000.

The diners included many of the local politicos. Recently re-elected Hemet Council member Linda Krupa’s table partner was retiring Councilman Russ Brown joined Kinda for the evening; he is being replaced by newcomer Jackie Peterson, a retired Navy veteran.

Past mayors of Hemet, Lori Van Arsdale and Robin Lowe made the rounds, speaking with old friends and finding new ones,

Former San Jacinto councilman and Golden Era Studio’s publicity director were instrumental in making the event a smashing success. Sequined ladies and their tuxedoed husbands mingled with anyone who is anyone in the valley.

Last week we were on deadline and could only speculate as to how the event went. Now I will relate what really happened. To begin, the food was scrumptious as always. Joseph Dattillo’s son, operates a first-class Italian kitchen.

And now, to the entertainment, The mystery show was right out of the Keystone Cops. It was worthy of Shakespeare’s Much Ado About Nothing. Here is the cast of actors who had the audience belly-laughing all evening. I’m sure most of their Abs never ever ad so much exercise.:

Harry comes to Hemet with his wife to scout new talent for the Ramona Bowl. On opening night, there is a party for Alessandra (Hailey Johnson), starring in a new play at the famous Italian Ristoranti, known for its Squid Lasagna. Chaos takes over, starting in the kitchen from the very first words spoken by an actor.

Then comes the enigma – who poisoned Harry?? We find out that Harry and

Ellen has a love child. Enter the audience. The audience tags Anthony, who turns out to be Detective Sunseem, who has a bone to pick with Harry, who has connections with the Mob.

Unbelievably, the scene gets more idiotic at this point. Charlene and Ellen – bitter enemies in the past, decide they will produce a great movie themselves and do not need Harry.

All’s well that ends well and once again there is proof positive that live theatre beats the hell out of any movie.

Kudos, especially to Hailey Jones, who wore several hats in this production. She wrote the play, produced and was the star. We’re sure to see more of her. It is amazing how someone you never heard of pops up out of nowhere to brighten our entertainment menu.

Last week we went to press before the play was shown. That’s one of the reasons for a follow-up. Support the Ramona Play and the local playhouses – there is some amazing talent in this valley. We don’t have to go to Los Angeles to see good theatre – we have it all right here in our beautiful valley. Just sayin’ 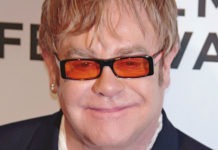 Rusty Strait - October 17, 2019
If you like swing, Broadway, jazz or opera but didn't attend "Bubbles and The Boys" this past Saturday night at the Diamond Valley Arts Council in Hemet, then you cheated yourself out of the best show I've seen in the valley in years