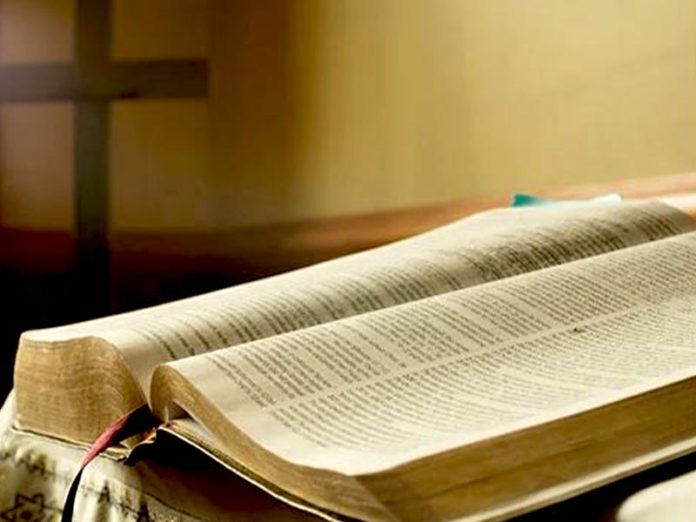 America is facing three immense and immediate crises. Each has a critical moral dimension that has been notably neglected from much of our national leadership.

The first of these crises is the health crisis created by COVID-19 that has sickened more than 2 million Americans and killed 118,000 to date and counting. For many of us, these are not statistics, but members of our families, houses of worship, and cherished friends.

The second is the economic crisis brought on in an attempt to slow the spread of the coronavirus disease. The necessary shelter-in-place orders under which we have all lived have led to an economic disruption that has caused more than 40 million Americans to file for unemployment since mid-March, taking the unemployment rate from its lowest level in half a century to a level unprecedented since the Great Depression. These are not simply numbers released weekly by the Bureau of Labor Statistics, they are people struggling to keep their homes.

The third is the racial crisis triggered by the murder of George Floyd by a Minneapolis police officer. The response was an instantaneous, international protest not just to the slaying of one man, but to the repeated instances of police brutality recorded on phone cameras and played on media venues for all to witness. Shortly after the murder of George Floyd, an Atlanta policeman shot Rayshard Brooks in the back. Before the slaying of George Floyd, Louisville police officers shot Breonna Taylor eight times in her own apartment. And before that is a tragic long line of murders that are the product of racist systems that devalue Black lives and dehumanize all of us. The systems starve our nation of human gifts, callings, and lives, leaving individuals and our entire society entangled in webs of deceit, destruction, and death.

There are different causes that generated each of these three crises. The first two have been sudden and are inextricably linked. The third is the result of hundreds of years of racism that extend back beyond the founding of our country, but have been exacerbated by the stress of an uncertain future and the strain of unemployment. There is, however, a common thread in the way that we are facing these crises: we are facing them without moral leadership.

When the President and other national leaders became aware of the deadly nature of COVID-19, where was the urgent effort to marshal national resources to create the necessary tests and the PPE that we knew we would need? Where was the effort to bring the country together to create a united front against this deadly disease? Where was the spirit of international cooperation to foster collaboration with other countries when facing a global pandemic? These are not only political questions; they are moral questions — questions with life and death in the balance.

There was a better response to the economic crisis: we put human lives before political partisanship for a moment and passed historic legislation. Yet we have slipped back into our acrimonious stalemate that privileges ideology over pressing human needs.

The response to the racial crisis has been the most shocking: it has been a morally bankrupt militarized version of a “law and order” response by President Trump. The nadir came when the President gassed his way through peaceful demonstrators to stand in front of a church with a Bible in his hand for a political photo op. The image of an awkwardly held Bible would be comical, if the consequences were not so tragic, betraying a lack of moral conviction. There was no prayer offered in the church, no reading of Scripture, nothing other than a cheap appeal to a political base. The episode defiled what many of us consider sacred.

Holding a closed Bible in one’s hand in front of a church is an affront when the Bible is only a symbol: a symbol that many of us consider sacred — sacred in the sense that it makes claims on our lives. It urges us to realize that human need takes precedence over standard procedures, a principle that was not considered when the need to prepare for the pandemic became evident and precious time was squandered. In economic terms, the Bible makes human beings the bottom line rather than making human beings the servants of the bottom line. It also has a very different reaction to violence than “when the looting starts, the shooting starts.” Those who hold a Bible in their hand as a gesture of loyalty need to know the contents and live the basic principles within it. If an office holder or politician appeals to the Bible, it should be opened not closed; read and understood, not waved like a banner.

The answers to the issues that we face are both technical and moral. We need doctors and research scientists to develop the tests and vaccine for COVID-19; yet we also need moral leadership that acts aggressively based on expert input to save lives. We need business leaders, economists, and lawmakers who can reboot our economy; yet we also need leadership that thinks of economics in moral terms and not simply as profit and loss. We need a radical overhaul of policing policies; yet we also need moral leaders at both the national and local levels who understand that the racism that underlies police brutality, underlies the disparities that permeate so much of our society — including the health care system.

Our country is in dire need of a new social contract that honestly confronts its history of racial oppression for people of color and finds ways to bind the country’s wounds rather than ripping them open. We need moral leadership that can create a compelling vision for the flourishing of our increasingly diverse republic. We need leadership with a moral compass that directs the way toward principled decisions and courageous acts of justice in matters of health, the economy, and racial prejudice. The combination of three crises has given us an opportunity to rethink our values. This can only be done with good moral leadership. The American public should demand this.

You Are Now Entering the Mission Field

Ragdolls the Ultimate Tribute to Aerosmith

Contributed - April 2, 2020
“You are the light of the world. A city set on a hill cannot be hidden. Nor do people light a lamp and put it under a basket

Do You See What I See?

Susan Beckett - May 22, 2021
There used to be a yogurt shop in Hemet which had some mind-blowing artwork on their wall. I always wondered if it was there for all the impatient customers waiting for their orders to be filled. It was a giant marine painting of all kinds of fish and deep-sea plant life. Embedded and well hidden within the huge watery panorama was another hard to see picture - the taunt was to find the obscure design. But even when you eventually found the hidden image, the next time you came back for yogurt, you usually had to find the hidden picture all over again. It drove me nuts.