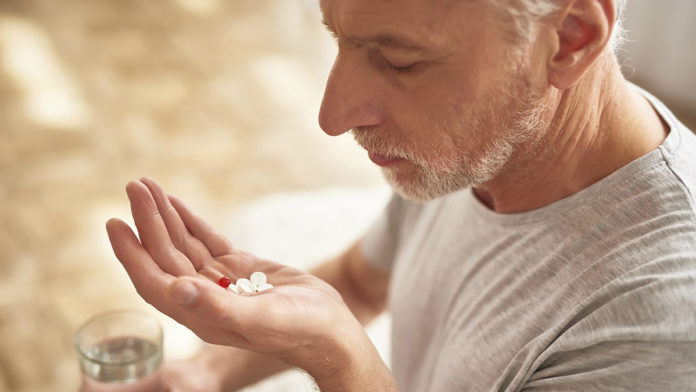 An international study released this year documented 36 school shootings and school-related acts of violence committed by people either taking or withdrawing from psychiatric drugs. These resulted in 172 people wounded and 80 killed. One notorious example was Eric Harris who was on the antidepressant Luvox at the time he, along with Dylan Klebold, killed 11 people and then himself in the Columbine school shooting. There are also numerous documented cases of suicide and suicidal thoughts directly related to antidepressants such as Prozac, Paxil, and Zoloft.
Tragically, statistics show that prescribing antidepressants is a rampant practice. One in six Americans takes some kind of psychiatric drug—mostly antidepressants. While as a correlation, suicide is currently one of the most common causes of death in America today.

WHAT ARE ANTIDEPRESSANTS?
Antidepressants are psychiatric drugs that are supposed to handle depression. These include Prozac, Paxil, Celexa, Lexapro, Luvox, Cymbalta, Zoloft, Effexor, and Remeron. They come in multicolored capsules and tablets.

THE LETHAL EFFECTS OF ANTIDEPRESANTS
Studies have shown that the negative effects of these drugs are diverse and many, including:
Violent thoughts and actions
Agitation
Suicidal thoughts or suicide
Tremors
Irregular heartbeat
Aggression
Criminal behavior
Confusion and incoherent thoughts
Paranoia
Hallucinations
Psychosis

Antidepressants have also been linked to akathisia, which is extreme restlessness and an inability to sit still. The discomfort can be so great that suicide becomes a welcome alternative to feeling this type of agitation.
One study found that 14 percent of young people taking an antidepressant became aggressive and even violent. One 12-year-old boy developed violent nightmares about killing his classmates, then being shot himself. These dreams continued to feel “very real,” and he became acutely suicidal until the drug was stopped.
This study gave several other examples of extreme and irrational behavior from individuals on these drugs. One man rammed a police officer with his vehicle so he could grab the officer’s gun and shoot himself. Another drowned himself and his two small children in a bathtub, and a boy bludgeoned a close friend for no apparent reason. None had any previous history of violence.
Withdrawal symptoms of antidepressants include suicidal thoughts, aggression, anxiety, depression, crying spells, insomnia, dizziness, vomiting, headaches, tremors, and electric “zap” sensations in the brain.
One woman, a former addict, relates: “My brain feels like it’s screaming at me to get more of these pills, the feelings I have without them are too unbearable … I need more help getting through this Effexor withdrawal. I’m so depressed that I’ve started cutting my arms, and I’m not even sure why. Also, I hallucinate every few hours and see things—just today I saw blood dripping down my wall.”—Rita

DEATH IN DISGUISE
People who start taking antidepressants are misled to believe that these will help them cope with problems such as depression, anxiety or other social disorders. But what these poisons really do reveals a very dark picture indeed—and the ultimate betrayal is the lives they take every day.
To the pharmaceutical industry, it’s not about individuals or their welfare; it’s about making billions of dollars a year. Yet every statistic represents a mother, a child, a father, a friend or a loved one lost. The problem is not a “mental problem”—it’s a humanity problem.

THE SOLUTION
The real answer is to get the facts and safeguard yourself and your future by not taking these harmful drugs in the first place. Consult a doctor or look for alternative solutions to handle any condition you may be suffering from.
In the final analysis, drugs do more damage than any good. They destroy the body, impair the mind and can take everything from you. Help us educate others and end their destructive grip on our society.
For help or more information, visit us today at drugfreeworld.org or contact us at e-mail: info@drugfreeworld.org • phone: 1-888 NOTODRUGS (1-888-668-6378).

Contributed - February 4, 2022
On Wednesday, February, 2022, the Coachella Valley Violent Crime Gang Task Force conducted a parole compliance check at a residence in the 85000 block of Cairo Avenue in Coachella. Upon arrival to the residence, the parolee, convicted felon and documented criminal street gang member Pedro Gonzalez 24 of Coachella, fled the residence through a bedroom window and ran to a residence next door.

Contributed - September 5, 2020
The Mt. San Jacinto College (MSJC) Art Gallery will host a public online discussion about “The Art and Life of Noah Purifoy” from 1 to 2 p.m. Thursday, Sept. 10.