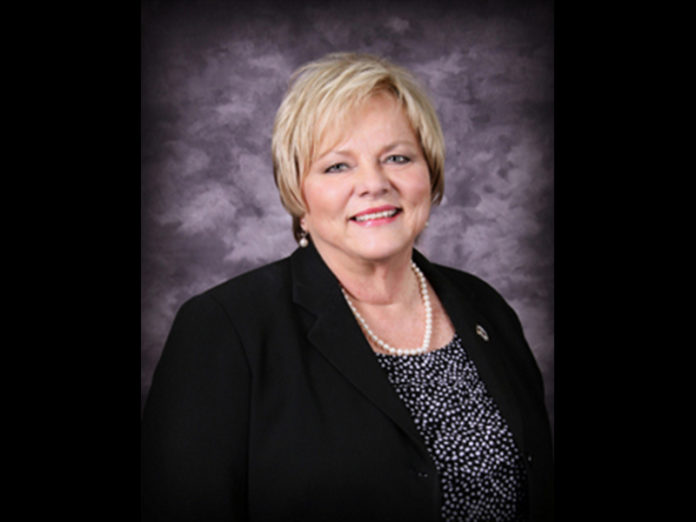 I got to thinking about the way former councilmember Bonnie Wright resigned from the city council. Here are the facts:

4. There is no evidence of where Ms. Wright was living at the time she voted for the (3-2) to pass the budget, violating the Measure U ordinance.

Is that vote even valid? Eric Vail (city attorney), are you listening?

There would have been enough time for a special election if she had paid attention to the city code (city ordinance 2104), which she violated, by not resigning on 7/10/2020.

The city was in a position where they had 60 days to appoint someone to the vacant seat (it was 60 days from 7/28/20). As of this writing, there are four city councilmembers. An appointment of a councilmember would require a 3-4 vote and that wasn’t likely. After speaking with several sources, there does not appear to be a way to break any tie that takes place. We would have to wait until the November election to fill the seat vacated by Wright. The council voted to let the general election of November resolve the issue. In other words, there will be no special election and no appointment. That’s all legal and will likely eliminate chaos and confusion.

Back to Ms. Wright. According to the electronic communication read at the council meeting, Wright violated the trust of the citizens of Hemet, who elected her. It’s difficult to believe that someone in the city council wasn’t aware of what she was planning. All the above facts are public knowledge. Talk to any realtor and they will confirm the listings. The “fluff” pieces put out by various sources state Ms. Wright stepped down for health reasons. This paper incorrectly stated she “retired.” This will set the record straight. She resigned and her timing is highly suspect.

I used to think this was a quaint and lovely little town. In many ways, it still is. The corruption in Hemet runs deep, from the inside out. One way to fix that (and it will take forever if it’s ever completely done) is to change things from the outside in. I am not alone in this conviction. There are others who are just as frustrated and angry at the way decisions are made in this city.

This is in no way a reflection on other employees of the city. There are a number of hardworking, underpaid employees that give it their all. Ask them how many raises they’ve received lately? Take a good hard look at the latest budget (CAFR) Comprehensive Annual Financial Report dated 6/30/2021. If you know how to read a financial statement, your eyes will literally bug out of your head when you look at the numbers. We should all be paying attention to the Measure U funds. That is another story for another time.

The council voted on several key items. They passed the June 30, 2020 budget, but not quite unanimously. Karlee Meyer unequivocally voted no while the other 3 members opted to pass the budget. You can go online to access the CAFR report, at the City of Hemet website.

In reviewing all the 2020, 2019 and many 2018 council minutes, it appears there were and are an awful lot of lawsuits against the city. Someone may want to have a conversation with the labor union regarding lawsuits. Because conversations of a legal nature are held in closed session, there is no way to get information, unless the council releases the information and or the results to the public.

As regards the current Treasurer, who will not be running for re-election, hopefully someone with extensive investing and fund accounting experience will run for this office. One of the discussions that took place at the end of the council meeting of 08/11 was doing an audit before a new treasurer takes office. That makes perfect sense. Currently, there are two candidates, Howard Feigenbaum, who has approximately 40 years of experience in the finance industry and Sue Savage. There doesn’t appear to be a current resume detailing his experience. Sue Savage has taken steps to run for the election and has a website up. She’s rearing to go and has contributed many comments to the council at various times over the last six years. Sue has held the council’s feet to the fire on some key issues. It’s apparent there is just a handful of Hemet residents that are willing to take the time to attend the meeting and become vested in the process. It truly is incumbent on residents of Hemet to vest themselves in the solutions by sitting in meetings; live streaming is a convenient way to do that.

One of the more interesting conversations that took place was in regards to a software application called SeeClickFix, which is due to launch by the city on August 31, 2020. This is a special application that will allow citizens to notify the city of ongoing problems or to give them a high five. You will be able to use this app from your smartphone. It would likely shorten the time for the city to respond to problems and enable them to take quicker action. One of the problems addressed by Mayor Russ Brown was how to handle properties that don’t have specific addresses. There is considerable illegal dumping of trash on empty lots. There will be an ability to take a cell phone photo to send that to the city and they will be able to determine the location and address the problem. That has exciting potential.

An overview of the Comprehensive Annual Financial Report (known as CAFR). was given by the City of Hemet Financial Director, Lorena Rocha. Unfortunately, there were errors in the report that Ms. Rocha explained as the result of short staffing. She assured the council that those errors would not take place again. She felt sure that the COVID catastrophe had an impact on the way things at the city took place. None of the councilmembers seemed to take issue with that. Equally unfortunate was the fact that the General Fund was perilously low until Measure U funds were shifted around. There has definitely been an uptick in public safety costs to the city just prior to the utilization of Measure U funds. That made sense since the city had to prepare for the additional monies that would permit funding for the police and fire departments. The vote was taken to approve this budget but it wasn’t quite unanimous. The vote was 3 in favor of receiving and filing and one no by Karlee Meyers. The appearance of a new Treasurer to the city may help to clarify some of the persistent financial reporting problems this city has.

Hemet is going to receive some funding from a program known as the Permanent Local Housing Allocation (PLHA) Agreement? It’s a subsidy designed to help out with the housing crises Hemet faces. The county will administer the program and as often the case with new programs; this one will likely take a little time to move forward. It will primarily benefit low-income families. Look for more information on this approximate 2.4 million dollar program as it comes along. The council approved the agreement between the county and Hemet unanimously. This will help Hemet.

Concluding a major portion of the meeting was a somewhat heated discussion of future agenda items. The council has this habit of “kicking the can down the road” when it comes to new items. In a way, it can’t be helped. There are an array of operational items that must be dealt with before new items can come to the floor. Sometimes, there is not enough time or labor to handle new items. In an attempt to shorten a long list of future agenda items, there was some contention by one member stating that is was the council that makes the decision about agenda items, not the city manager. She was quite right in stating that. City Manager Lopez appeared to try to mollify the situation, as well as Mayor Russ Brown. Ultimately there was a consensus.

One of the items on the agenda was Vagrancy and Pan Handling Laws as they pertain to Hemet. District 1 councilmember Karlee Meyers expressed concern for her constituents and the need to do what they are all voted in to do, take care of the residents of Hemet. Meyers wants to be able to assure those that live in her district that they will be safe from vagrants and panhandlers. There are other communities that have faced this problem and some of them have arrived at solutions. Further action will take place so that citizens can be assured they are being heard. Happily, all councilmembers were in agreement on this vitally important issue. We can thank Karlee Meyers for insisting on action on this issue. Many of the items on the current agenda have been sitting there for at least a year. It boils down to being able to time manage the essential and basic operational items that must be addressed by the council regularly and being able to add more to the workload so that it all happens in a timely manner.

Another item long on this agenda list concerned housing investment opportunities on city-owned properties. A list of properties owned by the city will be developed and the city will move forward in putting them on the market, allowing investors to develop the properties. The reason many of the properties are currently unused is determined by state law, limiting the use of the land.

Last but not least, there has to be a discussion about having an in-house attorney as opposed to the astronomical costs of utilizing an outside law firm. That has been a contentious item for a long time and is ready for resolution.

On a happier note, several weeks ago, Matt McPherson suggested an alternate way of having a Christmas Parade this year. A lot of that will depend on state and county restrictions. That will definitely come up for discussion in the next month or so.

The city has made it pretty easy to participate in solving some of the problems it faces by having their meetings live-streamed on YouTube. You can sit in the comfort of your own air-conditioned home, happily munching away on goodies. Honestly, there are times during the meeting when you wonder what in the world this group of elected people are doing. If you have ever participated in a board meeting for an extended period of time, you get to see some of the same antics. One of the benefits of an election is seeing a rotation of city councilmembers. Be sure to vote this November.