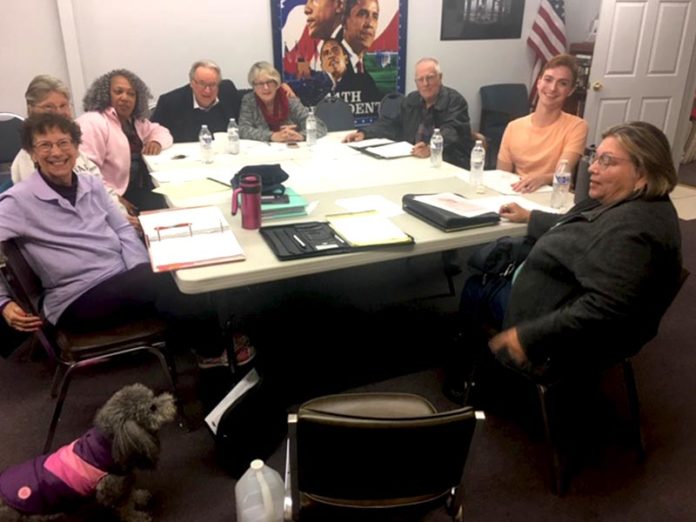 SACRAMENTO, Calif. (AP) — California lawmakers are pushing several new efforts this year to largely seal or expunge criminal records for people who have completed their sentences, expanding on existing laws that proponents said aid people who are trying to re-enter society.

Nearly 8 million of California’s 40 million residents have an arrest or conviction on their record, said state Sen. Maria Elena Durazo, a Democrat from Los Angeles who proposed one of the measures on Wednesday.

“These men and women have completed the sentence they were given,” and many pursued rehabilitation programs during their incarceration, she said. “After their release, instead of being able to put their new skills to use, they are hit with hundreds if not thousands of restrictions and limitations that keep them from building a new life.”

Her bill would require the state Department of Justice to automatically seal the records of people who go two years without another run-in with law enforcement after completing their sentences and any parole or probation obligations.

Proponents said law enforcement agencies and prosecutors would continue to have access to those individuals’ criminal records.

“There’s a lot to like in the bill. Prosecutors certainly recognize the impediments to employment and housing that come with criminal disclosures in their background,” said Larry Morse, legislative director for the California District Attorneys Association, which represents most of the state’s prosecutors.

For example, maintaining records after charges are dismissed or never filed “is punitive in the extreme,” he said.

But “there are a lot of collateral consequences to some of these proposals” that might not be readily apparent, Morse said.

He said it’s questionable if a person convicted of embezzlement should be allowed to provide financial services to senior citizens, or if someone convicted of a crime against children should be licensed for a job in day care.

Jay Jordan, vice president of the Alliance for Safety and Justice group that seeks to reform criminal penalties said the bill backed by his and other reform organizations would be more comprehensive than similar laws in other states, though it stops short of efforts in several European nations.

His bill expands on a law passed in 2019 that will automatically expunge criminal records for people already entitled to expungement, starting in July 2022.

People in California can currently apply to the courts to seal qualifying records, but the process can cost thousands of dollars in attorneys fees.

The 2019 law automates that process, removing the need to petition judges, but it applies only to certain convictions occurring after January 1, 2021. Ting is trying for the third time to make the process retroactive to arrests and convictions starting in 1973.

His bill would apply to arrest and conviction records of lower-level felonies and misdemeanors eligible for probation, while sex offenders and those who served time in prison would be ineligible.

Like Durazo, Ting argued that the old records create barriers to jobs, housing and education that can encourage people not to commit new crimes. Both also argued that criminal records available to the public can disproportionately affect Black people and Latinos caught up in the criminal justice system.

A third bill, by Democratic Assemblyman David Chiu of San Francisco, is aimed at helping immigrants who may face deportation.

It would expand on a 2016 law that allows offenders to file post-conviction appeals arguing that they were unaware of the immigration consequences of the charges against them.

It would expand current law, which applies only those who plead guilty or no contest, to people who have been convicted.

“We invest billions of dollars into rehabilitation programs, yet all we do is drag those people to the margin of our society,” Durazo said.

Contributed - November 18, 2020
The final witness in the penalty phase of the trial of a former minor league baseball player who fatally bashed his father, uncle and a bystander in Corona testified Monday, setting the stage for closing arguments in the case Tuesday.

Contributed - May 28, 2020
A white woman called the NYPD and accused a black man of threatening her and her dog after an exchange that started when the man asked the woman to leash her dog in Central Park.