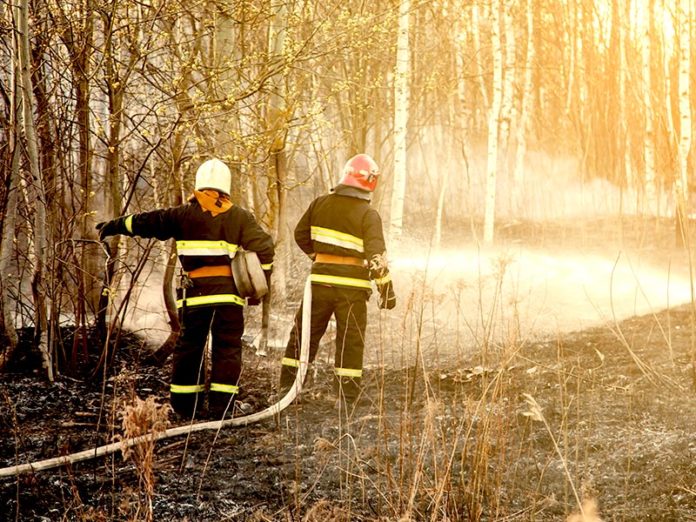 WEED, Calif. (AP) — A wildfire that has put thousands of people under evacuation orders in Northern California grew substantially but firefighters had some success against the flames, authorities said Wednesday.

The fire covered more than 27 square miles (70 square kilometers) but crews “made good progress on the western edge of the fire, cutting off progression into the communities,” Shasta-Trinity National Forest said in a statement.

Containment was estimated at 19%.

All evacuation orders issued by the Siskiyou County Sheriff’s Offic remained in effect for the communities of Lake Shastina and Juniper Valley north of the city of Weed, about 250 miles (402 kilometers) north of San Francisco.

Gov. Gavin Newsom, who traveled to the area on Tuesday and received a briefing from fire officials, announced that the state secured a federal grant that will help local, state and tribal agencies receive reimbursement for certain fire suppression costs.

Newsom and other governors from the drought- and heat-plagued West were to meet with President Joe Biden on Wednesday.

Burning in the shadow of the towering Mount Shasta volcano, the Lava Fire was ignited by lightning last week.

Another wildfire to the northeast has grown to more than 9 square miles (23 square kilometers).