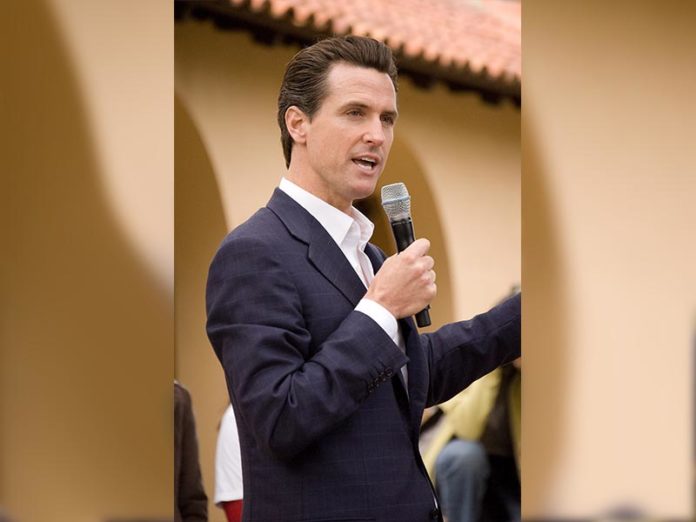 SACRAMENTO, Calif. (AP) — California won’t allow any distribution of new coronavirus vaccines in the nation’s most populous state until it is reviewed by the state’s own panel of experts, Gov. Gavin Newsom said Monday.

Vaccinations for the pandemic “will move at the speed of trust,” said Newsom, a Democrat, and the state wants its own independent review no matter who wins the presidential election next month.

“Of course we won’t take anyone’s word for it,” Newsom said as he named 11 doctors and scientists to review any rollout of vaccines by the federal government or vaccine developers. They hail from top California universities and medical providers, along with state and local public health officials.

The pledge raises the possibility that California residents might not receive a vaccine as distribution begins in other states, though the governor said widespread vaccinations are unrealistic until sometime next year.

While there is always a risk that the vaccine could be delayed only in California, Dr. Jeffrey Klausner, a professor of epidemiology at the UCLA Fielding School of Public Health, said Newsom named a renowned group that should be able to quickly make credible decisions.

As such, its finding that a particular vaccine was suitable or not suitable could have an outsize impact nationwide.

The group includes current and former members of the federal Centers for Disease Control and Prevention’s Advisory Committee on Immunization Practices, Klausner said, so any disagreement with the federal panel “could have substantial impact on that particular vaccine product.”

At most, 45 million doses will be available nationwide before the end of this year from the two most advanced vaccines, Newsom said. Each person must receive two doses, three weeks apart.

If California were to receive 12% of the doses, commensurate with its percentage of the nation’s population, that would be 5.4 million doses, or enough to treat 2.7 million of the state’s nearly 40 million residents.

Most would go to front-line medical workers and first responders, he said, then to the most vulnerable in the population.

Newsom’s announcement drew quick criticism from Republican state lawmakers, despite the governor’s contention that the panel is needed whoever is president.

“Politicizing the efficacy of a vaccine is shameful,” tweeted Sen. Melissa Melendez, who said the governor “used the virus to keep people from working, kids from going to school (and) families from being able to attend funerals.”

Newsom is “suggesting we can’t trust the FDA (but) Of course, we’ll continue trusting the FDA for every other drug whose distribution doesn’t threaten his hold on power,” tweeted Assemblyman Kevin Kiley, who has a court hearing this week challenging the governor’s authority to impose virus restrictions.

Newsom said the distribution and record-keeping logistics alone are massive, including a requirement that the vaccines be kept in continuous cold storage until they are administered.

“They need to be stored in an extraordinarily challenging environment,” Newsom said, though the state has done so before with other medications. But he said that’s why the state needs an expert panel that understands the “panoply of issues that will be required to ultimately advance this effort.”

California last week gave the federal Centers for Disease Control and Prevention its early plans for how it would handle and distribute the vaccine, and in return received nearly $29 million to continue its planning efforts.

California is one of five jurisdictions doing what Newsom called “micro-planning” for mass distributions, which he predicted could come as soon as next spring, is more likely next summer, but could be as late as next fall.

The advisory group should be empowered not only to sign off on the safety of a vaccine, Klausner said, but to make recommendations on whether vaccines should be mandatory in some instances, and to guide a complicated distribution process that will likely require readiness by every clinic, pharmacy and health department.

It’s possible that might make it necessary to “activate the National Guard or some other type of human resource pool to make sure the vaccine can be distributed quickly and effectively,” Klausner said. 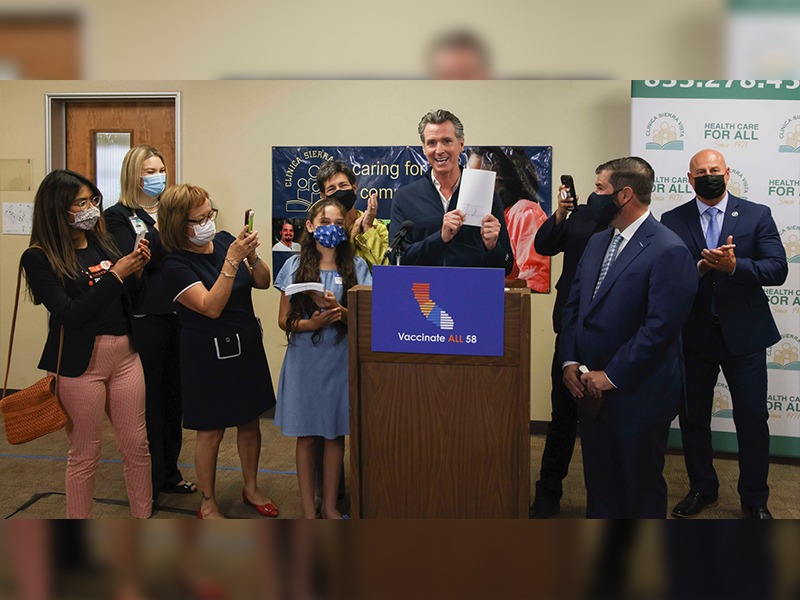 Contributed - August 7, 2021
At a health clinic in Fresno County on July 27th, Governor Gavin Newsom signed legislation making California the first state in the nation to expand full-scope Medi-Cal eligibility to low-income adults 50 years of age or older, regardless of immigration status – a major milestone in the state’s progress toward universal health coverage.

Contributed - January 22, 2021
As a result of the Hemet City Council's action on September 8, 2020, the City will convene a planning meeting and survey to gather the community's input on the pending community skate park project.