Does anyone remember Clint Eastwood doing his shtick at the 2012 Republican National Convention? From the People website “Eastwood has used spectacle and Hollywood showmanship in his own political activity before — most famously (or infamously, depending) at the 2012 Republican National Convention when he gave an improvised speech to an empty chair that was meant to represent then-President Barack Obama. Eastwood endorsed Mitt Romney against Obama”. This article also says he has abandoned Trump and is supporting one of the Democratic candidates still in the race. While I was disappointed in his previous political choices, my family knows first-hand what a kind and compassionate man Mr. Eastwood is. My niece auditioned for a part (one of the Andrew Sisters) in Mr. Eastwood’s film “Flags of our Fathers”, a story about the WW2 battle at Iwo Jima. When he told her she had won the part and was told the shooting would start the following Monday morning, my niece asked if it could possibly be rescheduled. Surprised at such a request from someone who had just been chosen for a bit part, he asked why. Her response was “I have my chemotherapy on Monday”. His response was “Will Tuesday work for you”. To reschedule a shoot on a major film is not an insignificant thing but he didn’t hesitate for one moment.

I refer to the “empty chair” shtick because it symbolizes what the Trump administration is doing now. It is talking now to a whole lot of empty chairs. Dozens and dozens of governmental positions that are normally filled by Presidential appointments have gone unfilled since Trump took office, many not even needing congressional approval. Trump has also fired several from positions normally held over from the previous administration because they are not political but technical in nature. The Global Pandemic Response team within National Security Council was disbanded by the Trump administration in May of 2018. From Snopes.com “It’s thus true that the Trump administration axed the executive branch team responsible for coordinating a response to a pandemic and did not replace it, eliminating Ziemer’s position and reassigning others.

The team responsible for planning and responding to a national health crisis is now an “empty chair”. And this is not the only “empty chair”. The Partnership for Public Service and The Washington Post have determined that the White House has not even bothered to nominate people for 150 out of 705 Senate-confirmed positions. The effect is a lack of planning, a lack of preparedness. A perfect example of this occurred in nearby Costa Mesa. The CDC and the U.S. Department of Health were planning to transfer as many as 50 patients who have tested positive for coronavirus from Sacramento to the city’s Fairview Developmental Center. From CBS Los Angeles “We have a lot of activity in the area,” she said. “So, it’s not the kind of area that’s isolated and that would be appropriate for quarantining people who have an infectious disease.” A federal judge Friday granted the city of Costa Mesa’s temporary restraining order requesting to block the transfer. The largest concern was the lack of information, despite the fact that the patients were expected to arrive in a matter of days, said the Costa Mesa Fire Chief Dan Stefano. “There has not been an information flow, and in a situation like that, for us, it creates the greatest concern”.

The bottom line is there was no planning, no preparation. A site for those who needed to be quarantined was hastily chosen because it was available, not because it had been evaluated and determined to be adequate to protect the surrounding population. The lack of management skills in the Trump’s administration is putting your health at risk. It is time to vote for someone who cares I hope the Corona virus does not leave your chair “empty”. 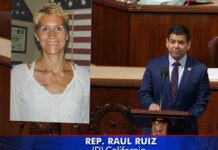 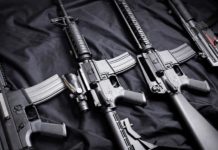 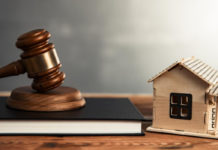 West megadrought worsens to driest in at least 1,200 years

Associated Press - February 15, 2022
The American West’s megadrought deepened so much last year that it is now the driest in at least 1,200 years and is a worst-case climate change scenario playing out live, a new study finds.

Contributed - October 17, 2020
Governor Gavin Newsom released recommendations from his policing advisors for improving police response to protests and demonstrations and a series of actions in response. The release of the report follows the Governor’s signing of a package of legislation last month to reform policing practices and tackle discrimination in the criminal and juvenile justice systems.