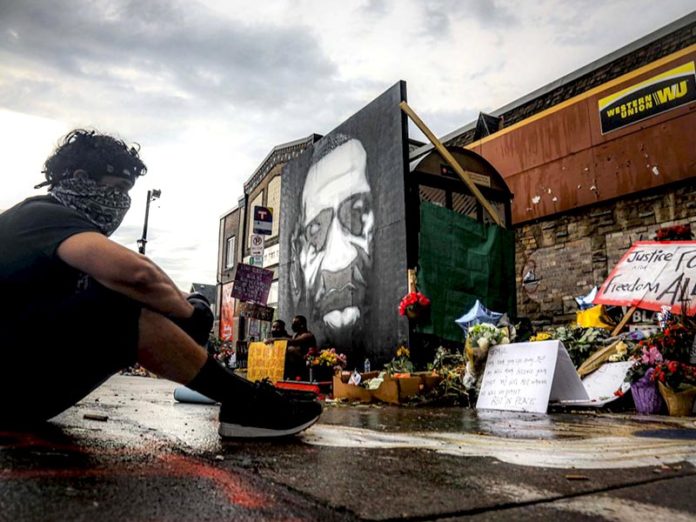 MINNEAPOLIS (AP) — Jury selection in the trial of a former Minneapolis officer accused in the death of George Floyd was put on hold Monday while an appeals court considers whether to reinstate a third-degree murder charge against him.

Derek Chauvin is already facing a second-degree unintentional murder charge and a manslaughter charge. He has pleaded not guilty.

Floyd, who was Black, died May 25 after Chauvin, who is white, pressed his knee on Floyd’s neck while he was handcuffed on the ground, pleading that he couldn’t breathe. Floyd’s death sparked months of mass protests nationwide over police brutality and race. In Minneapolis and some other areas, the civil unrest spiraled into violence. Other former officers who were present when Floyd died will face trial later this year.

Here’s a look at why the charge plays such a large role in the trial.

WHAT DO THE DIFFERENT DEGREES MEAN?

The degrees denote the seriousness of a crime. The more serious the crime, the higher the benchmarks that prosecutors must prove beyond a reasonable doubt to convict. First-degree murder is the most serious and results in life in prison if convicted. To convict, prosecutors must prove either that the act was pre-planned or that other major crimes were committed with it, among other things. Second-degree murder in Minnesota can be “intentional” or “unintentional,” which is the charge Chauvin faces, and is punishable by up to 40 years in prison if convicted.

Third-degree murder would require a lower standard of proof than second-degree. To win a conviction, prosecutors would have to show only that Floyd’s death was caused by an act that was obviusly dangerous, though not necessarily a felony. That would result in a maximum sentence of 25 years.

But there are caveats. Chauvin has no criminal history, which means he will probably end up serving about 12 1/2 years whether he is convicted of second or third-degree murder. Manslaughter, the least serious charge but also the one with the lowest burden of proof, means a maximum of just 10 years behind bars if convicted. For those seeking justice in Floyd’s death, anything less than murder is likely to feel like injustice.

WHY WAS THAT CHARGE DISMISSED TO BEGIN WITH?

Chauvin’s lawyer sought to dismiss the charge, arguing there was not probable cause to charge him with third-degree murder. A Minnesota judge ruled last October that third-degree murder under Minnesota law requires proof that someone’s conduct was “eminently dangerous to others,” plural, not just to Floyd. The judge said there was no evidence that Chauvin endangered anyone else and threw out the charge. Prosecutors appealed.

WHY PUSH TO HAVE IT ADDED AGAIN?

Very simply, reinstating the count could i ncrease the prosecution’s odds of getting a murder conviction in what will be one of the highest-profile police trials in the U.S.

CAN HE BE CONVICTED WITHOUT IT?

Yes. But it’s not going to be as easy as some might think. Even with the bystander video that showed Chauvin pressing his knee into George Floyd’s neck and ignoring the man’s pleas, legal experts say the case isn’t a slam dunk.

“It’s hard not to watch the video and conclude that the prosecutors will not have any trouble with this case,” said Susan Gaertner, the former head prosecutor in neighboring Ramsey County. “But it’s not that simple.”

The trial will come down to two key questions: Did Chauvin’s actions cause Floyd’s death, and were his actions reasonable?

The second-degree murder charge requires prosecutors to prove Chauvin caused Floyd’s death while committing or trying to commit a felony — in this case, third-degree assault. Prosecutors don’t have to prove that Chauvin was the sole cause of Floyd’s death — only that his conduct was a “substantial causal factor.” The manslaughter charge has a lower bar, requiring proof that Chauvin caused Floyd’s death through negligence that created an unreasonable risk, and consciously took the chance of causing severe injury or death.

Chauvin’s attorney, Eric Nelson, argues in court documents that Floyd likely died from fentanyl he consumed, or a combination of fentanyl, methamphetamine and underlying health conditions — not as a result of Chauvin’s knee on his neck.

Prosecutors filed a request with the state’s Court of Appeals to put the trial on hold until the issue is resolved. They worry, in part, that they could lose the chance to try Chauvin later on the third-degree murder charge if the current trial goes forward while the appeal is ongoing.

The judge overseeing the case, Peter Cahill, sent potential jurors home for the day, while prosecutors tried to contact the appellate court. Cahill took a recess to give the Court of Appeals time to respond, but planned to bring attorneys back into the courtroom Monday afternoon to deal with other matters.

Cahill said he would proceed with the trial unless the higher courts told him to stop.

Associated Press - March 13, 2021
Because the trial of a former Minneapolis police officer charged in George Floyd's death is being held during the coronavirus pandemic, the courtroom has been overhauled for safety. Gone are the traditional jury box and gallery, replaced with widely spaced seats and desks for a limited contingent of attorneys, jurors and media.

Contributed - August 30, 2021
On Friday, August 27, 2021 about 10:08 PM, deputies from Riverside County Sheriff’s Department - Perris Station responded to a major injury traffic collision near the intersection of Perris Blvd and Orange Avenue in the city of Perris. Deputies arrived within minutes and located a solo vehicle collision involving a red Honda Pilot. The driver of the Honda suffered major injuries and life-saving measures were attempted; however, the driver succumbed to their injuries at the scene. Their identity is not being released at this time.