Belabored mother, fussy father, impossible daughter and awkward son in his twenties still a gangling youth trying to fit in. Sound familiar? The latest effort put forward by the Ramona Hillside Players in Hemet was the epitome of ordinary family life in today’s cell phone, box warrior games and lack of direction kids.

The Big Five-Oh centers around such a family that seems to be coming apart at the seams. I am not familiar with Brian Mitchell, the playwright but the Director, Susan O’Connell, is a familiar face at RHP.

The theater is dedicating this season to comedy as we exit the non-comedic year of COVID and it is like fresh rain in the springtime. It is a two-act work and moves rapidly from Act I to Act II with only one or two slow spots, not worth mention.

When the first act opens, George Thomas is approaching his fiftieth birthday, as he awaits a phone call from his doctor with the results of a mid-life physical exam. He is nervous and it affects the entire family.

When the call comes in, the gawky 22-year old son takes the call. The patient, he is told, has a bad heart and the least bit of shock could send him off into the clouds and beyond – a space trip from which he will not return.

The son, played beyond reality by Billy Stinnett, shares the news with his sister. They collectively decide not to relay the news to either parent, not wanting to upset their father. They know their mother will be overly dramatic and thus, the pageant of miscues and mischief begins.

The father’s pet dog is spending the night at the vet’s office, much to his disdain. Mom spends most of her time burning up dinner in the kitchen. The son, Eric, has probably never had a date. At 22, he seems to be stuck at 14 with pimples and a lack of self-importance. The daughter, the sort who might bring home a biker and say, “Hey dad, ain’t he wonderful?” A comment that is likely to bring on an attack to a healthy heart, has announced her engagement to a 44-year-old alcoholic.

A neighbor carries the ashes of her deceased husband around in a blue jar and speaks of him as though he is alive and well. Meanwhile, the father reserves an empty chair in the living room for his long passed mother and talks to her frequently. Sound familiar? Any part of that is suspect that the entire bunch are escapees from the State Looney Bin.

George suspects that his son is gay. He also believes that one of his students at college is stalking him.

In Act II, we discover that the doctor who called was the Vet, not the dad. The dog dies. Dad is fine. Father and son get around to father/son conversations that are more confessional than talks. It turns out that the stalker is a young blonde girl student who shows up at the family residence and the son is smitten. She says that dad is stalking her. In the final scene, the dogs’ ashes arrive in a blue jar placed side-by-side with the grieving widow’s husband in his blue jar. Son takes both into the bathroom to clean the surface and you guessed it, he drops the husband on the floor and scatters the ashes to hither and yon.

When confronted with the awful truth, the widow says he has done her a favor that she hated the man and was happy to be free from him. Climax, Dad accepts daughter’s fiancé although she has decided to put the brakes on the engagement. The widow is happy. Son and blonde student hit it off and all is well.

This is a well-produced comedy that kept the audience in stitches. The set was perfect; characters well played, light and sound on cue.

Even though every role was perfectly acted there was one standout among the actors and that was Billy Stinnett who plays the gawky son. He doesn’t walk or run; he bounces first on one foot and then the other as though he is still learning to walk. Gawky but lovable as a child without any guidance from dad, but doted on my mom. I’m sure we will be seeing more of him. I would have thought it impossible to so capture the uncertainty of a 22-year-old with a 16-year-old psyche – but he did.

A big rave to the cast and direction and to the Ramona Hillside Players. 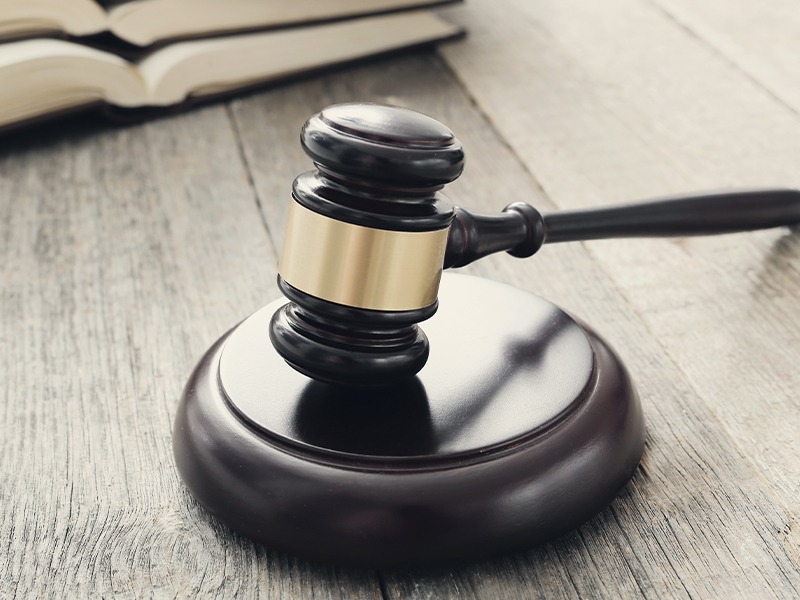 Associated Press - May 25, 2022
The University of California system announced Tuesday it will pay nearly $375 million to more than 300 women who said they were sexually abused by a UCLA gynecologist, bringing a record amount in total payouts by a public university in a wave of sexual misconduct scandals by campus doctors.

Associated Press - December 31, 2020
Los Angeles County surpassed 10,000 deaths from the coronavirus Wednesday as California also hit a record high number of fatalities. The governor also announced the first detected case of the new and apparently more contagious variant of the coronavirus in a San Diego man.