On Monday, December 13, 2021, at 8:20 P.M., deputies assigned to the Thermal Station responded to a traffic collision involving a white GMC Sierra and a red Chevrolet Camaro at the intersection of Cesar Chavez Street and Cairo Avenue in the city of Coachella. Deputies arrived within minutes and found the passenger of the Chevrolet Camaro unresponsive. Life saving measures were taken; however, the passenger succumbed to his injuries and was pronounced deceased at the scene. The Coachella Community Action Team (CCAT) responded and assumed the investigation.

The driver of the Camaro, Guermocindo Gonzalez, 32 years of Coachella, displayed objective signs and symptoms of being under the influence of alcohol and was found to be at fault for the traffic collision.  Gonzalez was arrested and booked at the John Benoit Detention Center, in the city of Indio, for homicide.

Anyone with any information regarding this incident is urged to contact Deputy Nevins with the Riverside County Sheriff’s Department at (760)863-8990.

Contributed - April 13, 2022
On April 12, 2022, at 7:00 A.M., deputies assigned to the Coachella Community Action Team (CCAT), with the assistance of the Southern Coachella Valley Community Service District Team (SCVCSDT), served a search warrant at a residence located in the 43-500 block of Pueblo Street in the city of Indio. The search warrant stemmed from a burglary incident which occurred in the city of Coachella. 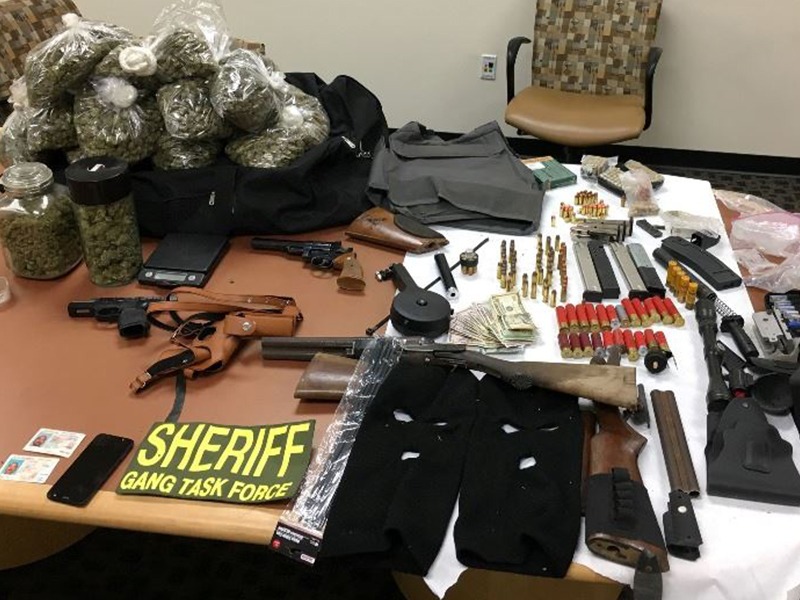 Contributed - January 24, 2022
On Thursday, January 20th, 2022, at 4:30 P.M., members of the Riverside County Regional Gang Task Force Region 6 conducted a traffic stop in the area of Mount Rainer Street and Mount Shasta Street in the city of Perris. Deputies contacted documented criminal street gang member Daniel Ambriz, a 29-year-old resident of Perris. Deputies discovered Ambriz was a convicted felon and on probation for possession of a stolen vehicle.