On January 15, 2021, at 8:10 P.M., deputies assigned to the Coachella Community Action Team (CCAT), conducted an occupied vehicle check in the desert area north of Vista Del Norte and west of Dillon Road in the city of Coachella. Ezequiel Ortega Nava, 46 of Thermal, was found to be armed with a firearm and fled from deputies into a palm field. A perimeter around the palm field was established and the Riverside County Sheriff’s Department Special Weapons and Tactics (SWAT) responded to search for the armed suspect. After an extensive search, Nava was located hiding in the palm field and was taken into custody. Nava was arrested for two felony arrest warrants for felon in possession of a firearm and narcotic sales along with a misdemeanor domestic violence arrest warrant.

Nava was also charged with resisting arrest and being under the influence of a controlled substance. Nava was booked at the John Benoit Detention Center in the city of Indio.

Anyone with any information regarding this incident is urged to contact Deputy Ruiz with the Riverside County Sheriff’s Department at (760)863-8990, or Crime Stoppers at (760)341-STOP (7867).

Associated Press - August 6, 2022
A man who claimed to have a gun and threatened to shoot someone at a business was shot to death Friday by Riverside County sheriff’s deputies, the department said. 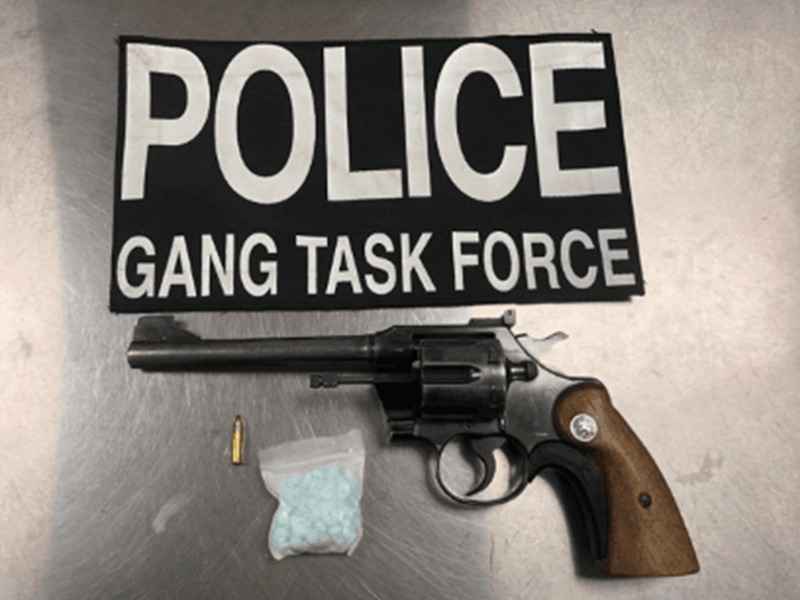 Contributed - December 13, 2021
On Friday, December 10, 2021 at approximately 1:31 AM, Region 3 Gang Task Force Officers were in the 1800 Block of South San Jacinto Street, City of San Jacinto, when they recognized a subject with a felony warrant exiting from a vehicle. The subject, Anthony Aresfleming, who had several active felony warrants, was taken into custody without incident.