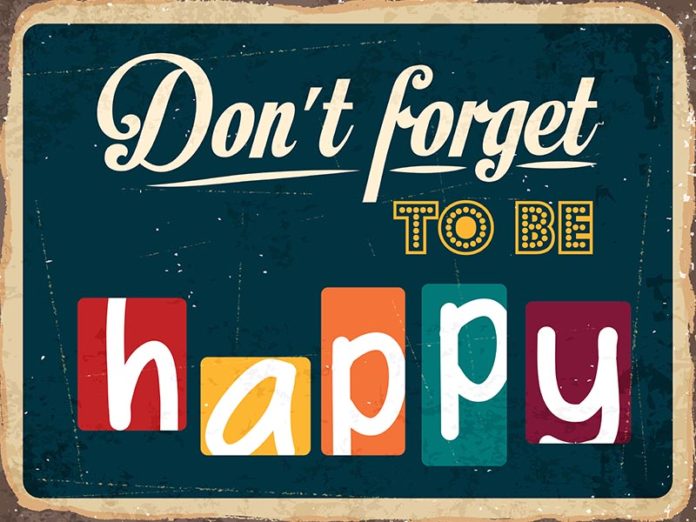 The other day I became intensely engrossed in a conversation with two friends who were about my age. All three of us closer to 100 than to 50 years old. The conversation became contentious over the issue “the good old days” of the past versus the world in which we live today. Many friends had little good to say about life today. They wanted to “Make America Great Again.”

I also remonstrated with my friends about “the good old days.” As an 84-year-old, I actually lived through the days to which they refer. They were not glamorous. The Great Depression was on – in spades. The Stock Market crashed. Times were tough. Strikes were violent. Unemployment was sky-high. Food was scarce. I remember taking a bucket every day to a soup kitchen for bean soup. Our family lived on bean soup for months. My Dad and our neighbors worked on the WPA, paving streets. The good old days. Most of the people – including us – had outhouses. Kerosene lamps, pot-bellied stoves, ice boxes and tubs for baths. The good old days. I wore patched clothes, shoes with holes and bib overalls. Of course, everyone made do the best they could. My Dad worked in a foundry when he could. Industrious, he planted horseradish and we would sell bottles of it from door to door—the good old days. Of course, prices were unbelievable in comparison to today. Five cents for an ice cream cone; five cents for a movie and a hot dog. Ten cents for a loaf of bread. Fifteen cents for a gallon of gas. The good old days. Of course, I worked for twenty-five cents an hour, two dollars a day, ten dollars a week—the good old days.

What about crime? It was rampant. Bank robberies, murders, the Mafia, Al Capone, Bonnie and Clyde, (to name a few.) The good old days. Consider the fact that fast-food restaurants were unheard of. Oh, yes, there was one, White Castle. Hamburgers were ten cents. Motels were in the future. Each evening the family gathered around an old radio and listened to The Lone Ranger and Jack Armstrong, the all-American boy. The good old days. Television? No way. Model T Ford, airplanes, malls? No way. What about medicines and disease? Polio, TB, diphtheria, smallpox and scarlet fever, plus other diseases were prevalent. The good old days. My friends and I would all be dead except for modern medicines that keep us alive. Why was the official retirement age set at 65? The Social Security was set at the age because the expected age of demise was around that age. They never expected people to live as long as many do today.

Do you remember the famous bumper sticker that was so popular a few years ago? “If you can read this, thank a teacher.” If you have an adequate pension now, if you had safety measures on your job the last fifty years, if you had medical benefits throughout your career, then thank the labor unions that demanded those benefits in the good old days. The good old days were rife with racial prejudice and religious bigotry. I grew up and saw Catholicism and Protestantism in conflict. I pastored in South Florida in the 1950s and witnessed racial inequality. The good old days. A final assessment. The good old days can be described as the rich versus the poor. The wealthy and the needy. No middle class. World War II brought the middle class.

Today we are in danger of losing it. One percent (Wall St.) and the Ninety-nine percent (us). All because of deregulation, and the attitudes of the good old boys.

The “good old boys” have brought us to the edge of a very dangerous place. Their slow response to Covid-19 has cost thousands their lives, in the name of “stimulation” they have given a token to the poor and middle class and millions to big business and the already wealthy. They were not only slow to respond to the virus; they have been slow getting out the stimulus. And the stimulus is too little too late. The “good old days” weren’t all that good and now the “good old boys” are making it worse.

(This article has been adapted from an e-mail sent by a retired pastor G. W. Abersold, Ph.D. to his friends in a weekly message he entitled “Words to Think About.”)

Associated Press - April 22, 2021
WASHINGTON (AP) — President Joe Biden is facing calls to recognize the Armenian genocide of more than a century ago, something he pledged to do as a candidate but that could further complicate an already tense relationship with Turkish leader Recep Tayyip Erdogan.

Associated Press - October 5, 2021
Former President Donald Trump now has a Dec. 23 deadline to undergo questioning in a former “Apprentice” contestant's defamation lawsuit over what he said in denying her sexual assault allegations, a court said Monday.