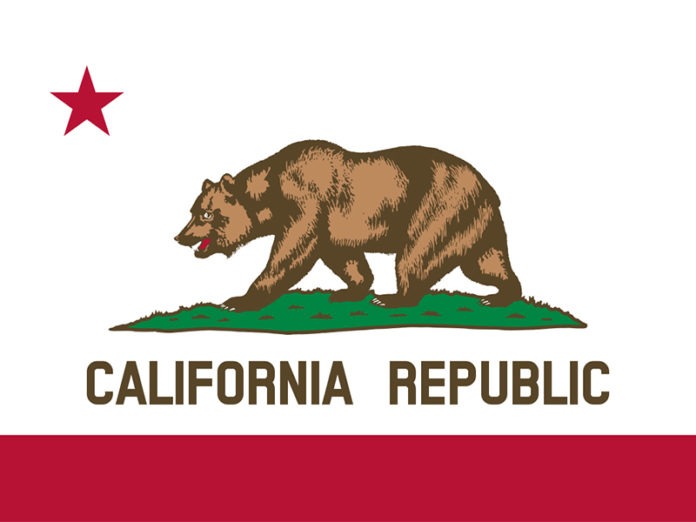 Governor Gavin Newsom today announced the selection of California Secretary of State Alex Padilla to be California’s next United States Senator, filling the term being vacated by Vice President-elect Kamala Harris. Padilla, who previously served as a Los Angeles City Councilman and State Senator, and is a national leader in the fight to expand voting rights, will become the first Latino to represent California in the United States Senate and the first Southern Californian in nearly three decades.

“The son of Mexican immigrants — a cook and house cleaner — Alex Padilla worked his way from humble beginnings to the halls of MIT, the Los Angeles City Council and the State Senate, and has become a national defender of voting rights as California’s Secretary of State. Now, he will serve in the halls of our nation’s Capitol as California’s next United States Senator, the first Latino to hold this office,” said Governor Newsom. “Through his tenacity, integrity, smarts and grit, California is gaining a tested fighter in their corner who will be a fierce ally in D.C., lifting up our state’s values and making sure we secure the critical resources to emerge stronger from this pandemic. He will be a Senator for all Californians.”

Secretary of State Padilla was sworn in as California’s first Latino Secretary of State on January 5, 2015 and pledged to bring more Californians into the democratic process as the state’s top elections official. With President Trump attacking immigrants and democracy over the past four years, Padilla has been a warrior for voting rights and the American Dream. He was re-elected in 2018 and received the most votes of any Latino elected official in the United States.

“I am honored and humbled by the trust placed in me by Governor Newsom, and I intend to work each and every day to honor that trust and deliver for all Californians,” said Secretary of State Padilla. “From those struggling to make ends meet to the small businesses fighting to keep their doors open to the health care workers looking for relief, please know that I am going to the Senate to fight for you. We will get through this pandemic together and rebuild our economy in a way that doesn’t leave working families behind.”

Since taking office, Secretary of State Padilla has worked to make California’s elections more accessible and inclusive, while fighting to protect the integrity of our voting systems. He:

• Registered over 22 million voters: Under Padilla’s leadership, voter registration is at an all-time high – over 22 million Californians are registered to vote (an increase of more than four million from the day he took office) and the highest rate in nearly seven decades.

• Protected our elections: He oversaw the upgrades and replacement of voting systems in all 58 counties in the state to systems that meet California’s newer, higher security standards.

Padilla also served as Chairman of the California Complete Count Committee, where he led efforts to reach hard to count communities and worked with community based organizations to secure a safe and fair Census count.

Growing up, Padilla’s mom and dad relentlessly emphasized hard work and a good education as key to a better future. With just an elementary school education, Santos worked as a short order cook for forty years before retirement. He liked to boast that his kitchen “never failed an inspection.” For the same forty years, Lupe worked tirelessly as a housekeeper for a group of families in the affluent communities of Studio City and Sherman Oaks.

Santos and Lupe raised their three children, Julie, Alex and Ackley, in a modest home in Pacoima. In the 1980s, the neighborhood became one of the more violent areas of Los Angeles and gang activity, prostitution and open-air drug dealing were rampant. Going to sleep to the sound of police helicopters was not uncommon.

Padilla attended local public schools, keeping his focus on books and baseball. He worked his way into the starting rotation at San Fernando High as a senior. The same year, his countless hours of study paid off and he won admission to the Massachusetts Institute of Technology, where he earned a Bachelor of Science degree in Mechanical Engineering. He worked his way through college doing a variety of janitorial and administrative jobs while mentoring younger students back home to follow the same path.

It was the conditions in his neighborhood growing up and the feeling that the Northeast San Fernando Valley wasn’t adequately served by government that awakened his interest in political activism. As a teenager, Padilla’s family helped organize neighbors to take back the streets from crime. He and his mother would periodically join community leaders to protest environmental injustice and demand the closure of the Lopez Canyon Landfill. In 1994, after California voters passed Proposition 187, the sweeping anti-immigrant measure, his parents finally applied for citizenship and Padilla, now a recent MIT graduate, resolved to put an engineering career aside and dedicate his life to public service.

Demanding a fair share of opportunity and resources for the people of the Northeast San Fernando Valley, Padilla was elected to the Los Angeles City Council as a political outsider at the age of 26. As a member of the City Council, he worked to expand after-school programs to serve 16 schools in his district, worked to reduce class sizes and built state-of-the-art libraries and a children’s museum. He worked to retain and create more local job opportunities through industrial, commercial and residential development and community reinvestment. And he championed citywide measures to improve air and water quality while directing the Los Angeles Department of Water and Power to dramatically increase procurement of renewable energy sources.

In 2001, Padilla’s colleagues elected him the youngest Council President in Los Angeles history. As President, he provided citywide leadership at critical times. He was Acting Mayor during the tragedy of September 11, 2001. He assisted in the interview and selection of William Bratton as Chief of the Los Angeles Police Department and helped negotiate the approval of LA Live and the modernization of Los Angeles International Airport. In 2005, his colleagues throughout the state elected him President of the California League of Cities.

In 2006, Padilla was elected to the State Senate to represent the more than 1 million people in the San Fernando Valley. As a State Senator, he would go on to author more than 70 bills signed into law by both Republican and Democratic governors.

• Harnessing innovation: As an engineer, he fought for the ethical advancement of science and technology. He authored legislation protecting Californians from discrimination based on genetic information and wrote the bill creating a statewide Earthquake Early Warning System.

Padilla lives with his wife Angela, a mental health advocate, and their three sons in the San Fernando Valley.