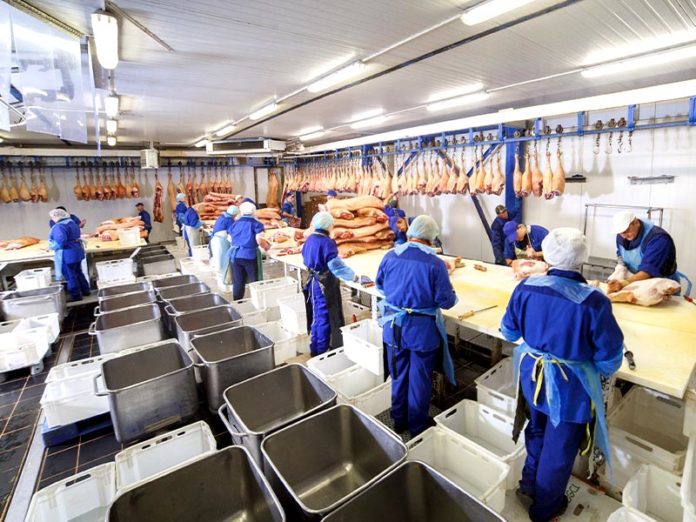 When COVID-19 hit the nation’s meatpacking plants and infected thousands of workers in the spring of 2020, it was widely reported.

National stories described how workers, who are often first-generation immigrants, stood shoulder to shoulder for hours working on fast-paced lines. This is what made it so easy for the virus to spread through facilities quickly.

I watched how leaders in Iowa overwhelmingly expressed concern about keeping the supply chain running, leaving the implementation of many safety measures to the discretion of meatpacking companies. I wasn’t hearing a lot about the workers.

I’ve reported on immigrant and refugee communities over the years, and I knew there was a much bigger story on the workers affected by the outbreaks, a story that actually started decades ago with one of Iowa’s most important industries — meat processing — and involved a group of Iowans who often can seem invisible.

Immigrant communities experience health challenges such as diabetes and hypertension at higher rates than the general population — conditions that make them more vulnerable to getting COVID-19. They can also be very, very hard to reach to interview. Many work long hours and some come from counties where a free press and workers’ rights are nearly nonexistent.

I mainly worked through advocates and faith leaders, knowing that a trusted connection is vital, rather than trying to contact workers directly.

But I found many workers unwilling to speak, even those who had previously spoken to the media during the outbreaks and even with the guarantee of not being identified. I think because it was a year and a half after the outbreaks, many just wanted to get back to work and live their lives as normally as possible.

Many reporters who have worked on stories about meatpacking workers and COVID-19 outbreaks report how difficult it is to reach workers and get them to speak to the media. But I don’t often find this issue addressed head on in many media reports as part of this story, or why workers may feel like they can’t or don’t want to speak up about their working conditions.

I felt that this was an important part of the story, and I needed to report on it to reflect the power dynamics at play between meatpacking companies, political leaders and the workers at the plants.

It helped immensely when Iowa State University sociology professor David Peters conducted a survey of how the pandemic impacted Iowa’s small towns. Peters found meatpacking communities and the workers that live in them were much more heavily impacted than in other communities — mentally, physically and emotionally.

He also noted something else that supported what I was finding anecdotally in my reporting: that many workers reported on their surveys that they were concerned about speaking up for fear of losing their jobs.

My series was an accountability piece. It showed how it took a pandemic to expose how policymakers have failed to set up a safety network and adequately fund community health public resources for America’s vulnerable food workers — and why these workers continue to remain silent.

This was even after occupational health and safety experts warned previous presidential administrations about how a pandemic could affect food supply workers.

But, in a way, this series of stories only felt like I was scratching the surface of a long running issue involving Midwest immigrant communities, large meatpacking corporations and local policy makers. The fact that I didn’t reach as many workers as I’d like to have only shows how much of a need there is to cover these communities. In particular, there’s a lot of opportunity for reporting on health in the Midwest’s immigrant communities, which are chronically under-covered.

But this project also felt like it opened many doors for me to continue reporting on this issue. It strengthened my ties with leaders in these communities, enabling more reporting on the disparities and health challenges workers face, and how they could be addressed by policy changes. This includes the potential for more powerful firsthand accounts from Iowa’s growing immigrant communities.

There are a lot of health stories to explore in immigrant and minority communities, and reporters can start by learning about the work that community organizations and local public health agencies who have long running ties with these communities are doing. This is a good way to begin building trust and long-lasting relationships.

The concerns outlined in my story about worker health and safety aren’t limited to Iowa. Many other states have many food production workers who have been greatly affected by the pandemic and have made significant cuts to their public health funding. This means there is a lot of opportunity for reporters across the Midwest and elsewhere to start taking a closer look at food production workers, whether they work in meatpacking plants, fields or other production plants.

I plan to do more stories in the state’s meatpacking communities. With cuts to public health funding and ongoing concerns about worker safety, the issues outlined in my series will likely be ongoing issues. The Iowa state legislature doesn’t appear poised to increase worker protection regulations and minority health funding this year, with other pressing pandemic-related issues at stake.

But in the meantime, the health challenges in these communities remain, especially as the COVID-19 pandemic rages on. 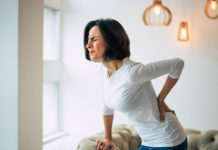 Is physical therapy the answer to the chronic pain crisis? A cardiologist recounts his journey

ADOPTION AND ROULETTE = A FORM OF RUSSIAN ROULETTE

Rusty Strait - February 6, 2020
Sometimes fact makes fiction look like child’s play, and thus we come to our review of Adoption Roulette, a play based

Rusty Strait - August 23, 2019
(Horses for Healing) In Part I we endeavored to familiarize you with the origin and purpose of T.H.E. CENTER, and to delineate...