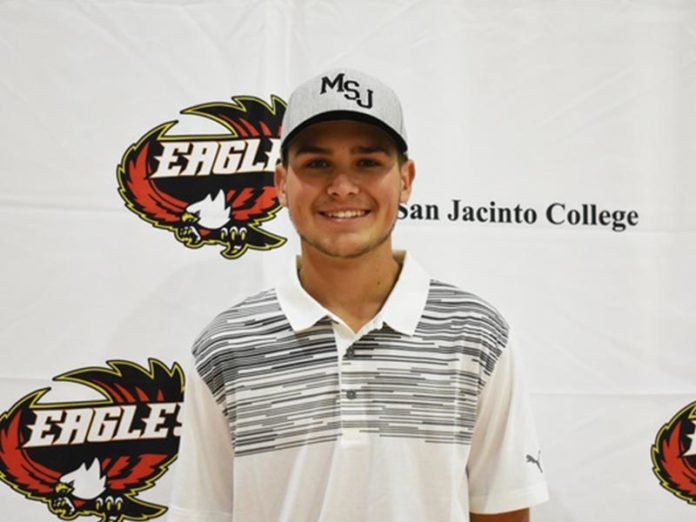 Kyler Sargent led the MSJC men’s golf team to a tie for 8th place at the Riverside City College Invitational on Monday as he shot a season best 70 at Victoria Country Club.

Sargent’s 70 was good enough to tie him for the low round of the day, as the Eagles turned in a 384 team score.Connor Pierson carded a 76 for MSJC, followed closely by Jordan Medlock‘s 77 and Evan Freeman‘s 78. Brian Bashaw shot an 83 on Monday and Cade Lenarth rounded out the Eagles scoring with a 91.

College of the Canyons took the team title as they shot a 363 to best Reedley’s 369. MSJC tied with Santa Barbara and Riverside for 8th place in the 17 team event.

The Eagles will return to action on Monday March 9th when they open conference play at Spring Valley Lake Country Club.

Kyle Headlee - August 4, 2019
He went to South Africa and conquered the best they had to offer. He came home with a championship belt. He...