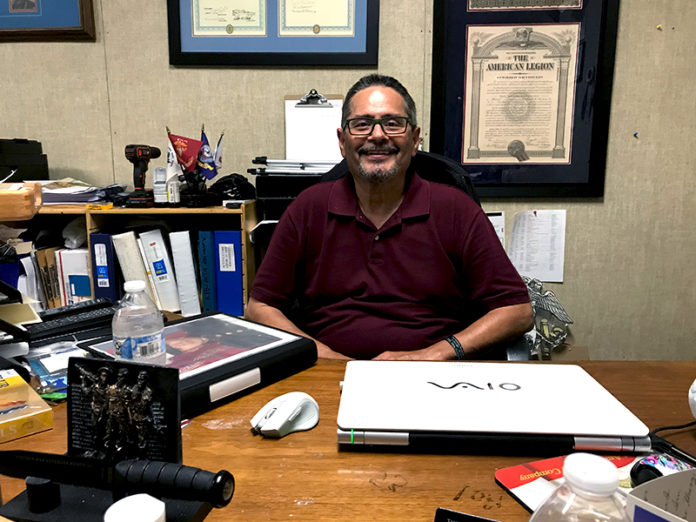 All hell and then some broke out at the Hemet City Council meeting Tuesday Night. First, the preliminaries. The council met in a private session at 6:00 pm. Discussions regarding labor negotiations took place for the next hour and then the regular public meeting began at 7:00 pm. The house was full but quiet. Call to order, roll call, invocation, pledge of allegiance, city attorney’s comments regarding closed session. All calm on the western front and then the meeting was opened to public comments and boy, did they have public comments. One by one, they paraded before the camera. Some were angry, others pleading, but they all had one issue: Keep Joe Males on the counter. The Pro-Males speakers were all present; the Anti-Males argument were all by phone or streaming with one anti Males caller city threats against him if he appeared in person.

Before the council took any action on that issue, it proceeded with routine matters. Two issues were continued to a Public Hearing on June 22, 2021. It was recommended by staff and passed unanimously that the City Council adopt a resolution rejecting all bids for the Well 12 repairs project and authorize the City Manager to cause the bid specification and schedule to be revised and solicit new bids for repairs to Water Well Number 12. It was recommended and passed that a Resolution Awarding Onyx Paving Company, Inc, the Lathami Avenue Street Improvements in the amount of $722,000 and Waive any Minor bid Irregularities, and Authorize the City Manager to execute all Contract Documents And Approve Additional Construction Expenditures Not to Exceed 10% of the Contract Amount or $72,200, and authorize the City Clerk to Record the Notice of Completion Upon Acceptance of the Work by the City Engineer.

It was recommended and passed that a resolution of the City council of the City of Hemet, California Award Onyx Paving Company, Inc. The 2020/21 ADA Improvements Project, CIP 5707, in the amount of $255,000 and Waive any Minor Bid irregularities and Authorize the City Manager to Execute all Contract Documents and Approve Additional Construction Expenditures Not to Exceed 10% of the Contract Amount or $25,500, and Authorize the City Clerk to Record the notice of Completion upon Acceptance of the Work by the City Engineer. It was recommended, and approved after some discussion as follows:

Recommended and passed a Resolution of the City Council of the City of Hemet, California awarding Scorpion Backhoe, Inc. The Kirby St. And Arbor Pkwy. Water Main Replacement Project, CIP 5714 in the amount of $268,590 and waive any minor bid irregularities, etc., etc.

A very long discussion was held regarding the insurance coverage of everything from Police Cruisers to Fire Trucks and beyond that nobody understood except perhaps those involved with such issues. Otherwise, it was just another blockage en route to the main bout of the evening.

Item 15.C on the agenda regarded Discussion and Action on the City Council District 4 Vacancy, including potentially calling a special election to fill the Vacancy or appointment of a Qualified Individual to fill the vacancy created when Joe Males stepped down as requested by the courts.

It was recommended that Pursuant to Government Code section 36512 the City Council take one of the following actions:

(2) Nominate and appoint a qualified individual to fill the vacancy in the District 4 City Council Seat.

(3) Discuss and take such other action as the City Council deems appropriate consistent with state and local law requirements. City Council Reorganization – Nomination for the Office of Mayor Pro Tem to serve until December 14, 2021.

The council members discussed the options. Linda Krupa angrily rebutted someone in the audience who rudely spoke while she was giving her dissertation, and most thought she had good cause. Both Russ Brown and Mayor Karlee Meyer spoke as to the law. However, Councilman Malcolm Lilienthal went on for ages and ages, even alluding to the make-up and functions of the brain which turned out to be the most boring discussion of the night according to some of those in the audience I had occasion to speak to after the meeting.

The council took a vote on reappointing Joe Males. As expected, the council split 2-2, Karlee and Malcolm for appointing Joe to fill the interim space while Linda and Russ voted no. I spoke with Joe after the meeting and he will be running to get his job back in a special election to be held in late July.

Note of personal privilege: The big money people who hide behind their bank accounts have run this town forever and most people know that. They took one hell of a wallop to the side of their financial heads in the last election and they are mad as hell. Prediction: Joe Males will win reelection in a landslide.