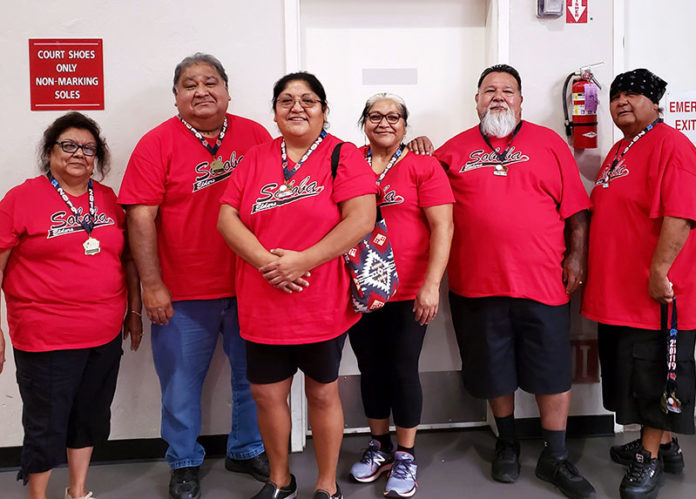 Soboba Elders started playing chair volleyball about a year ago and attend tournaments at other reservations on a regular basis. Weekly practices find about 15 players from two teams spending a couple of hours at the Soboba Sports Complex.

“We have a great time at practices with lots of fun and laughter,” said player Raina Maciel, who is the Elders Board Secretary/Treasurer. “We get a little more serious when we go to tournaments.”

The elders began learning the game after hearing about other tribes playing the sport and attended their first tournament last year at Quechan Casino Resort in Yuma, Arizona.

“At the tournaments, it’s great to see and visit with friends from other reservations who we don’t see often enough,” said Maciel, who has a background playing tennis and softball.

Soboba’s two teams were among the ten tribes that participated in a recent tournament at Barona Resort and Casino near San Diego. They also attended a three-day tournament at Ft. Mojave Reservation in Arizona where 56 teams competed. Soboba Team 1 has seven members and is captained by John “Duke” Briones.

“I played baseball and football before and what I learned from both of those sports helped me with this one,” said Briones, 57. “It’s fun to play and it has improved my health.”

Glen Placencia, captain of Soboba Team 2, has an extensive sports background in baseball, basketball, football, soccer, softball and track and field. He said the skills needed to play basketball and baseball have helped him the most.

“Flexibility is key,” said Placencia, 63. “After our practices, we all feel we had a good workout.”

Competition is friendly and Soboba elders have played practice games with Pala and Torres Martinez tribal members. Rincon and Pechanga have also invited Soboba to practice with them.

Being involved in a sport with fellow tribal members is what Elders Board President Francie Diaz enjoys most about being on a team. She played basketball, hockey, softball and volleyball in high school and said she is using skills needed for each of them when playing this sport.

“What is most important is to be motivated,” said Diaz, 70. “I don’t have a favorite position – I enjoy playing them all.”

Joyce Placencia said quick reaction is crucial to being good at chair volleyball and she said playing has provided great exercise, too.

“Going to the gym has helped me play this sport,” said Placencia, 60. “Movement is important to everyone, despite your age.”

Francine Miranda, 58, has played basketball, soccer, softball and volleyball before and said the most important things to remember in chair volleyball are to keep arms and legs strong. Gary Placencia, 64, said his past basketball skills have been most helpful with this sport although playing baseball, football and softball offered some good experience, too. He said, being able to have a quick reaction is fundamental to this game.

Freda Miranda agrees that fast reflexes are vital. She encourages other elders to attend practice and join a team if they like it.

“And if they don’t like it, they can still come out and support the teams,” said Miranda, 57.

Lucille Briones enjoys the time spent with family and friends and her favorite position is the server. Good coordination she has learned from bowling and playing basketball, softball and volleyball has helped her.

“It is fun, and you meet new people and get to travel to different reservations – plus you are getting your exercise,” said Briones, 55.

Linda Resvaloso, 55, likes the continuous movement of the sport and likes getting some healthy exercise in while having a good time. And Elders Board Vice President Carlene Arres Masiel, 70, said reading the rules from different tournaments has helped her improve her game.

Six players per side are allowed on the court with clockwise rotation of other team members, up to nine. The court is 16-ft. by 20-ft. with a net height of six feet. Only three men on a team are allowed on the court at a time. All players must remain seated during play. Feet can come off the floor as long as the player’s bottom stays on the chair.

She said any of the 130 Soboba Elders who aren’t on the teams are invited to travel with the players when they go to tournaments, which can last from one to three days.

“Those who aren’t playing just hang out at the hotel and enjoy their R&R, others will come and watch us play,” Maciel said. “We all have a good time.”

Her husband, Frank “Poncho” Maciel, said the most important quality any player can possess is good sportsmanship. Erica Schenk is the coordinator for the Elders group and serves as coach and scorekeeper during practices.

“At tournaments, the Elders have a fun time cheering on each other,” said Schenk, who hopes Soboba will host a chair volleyball tournament someday. 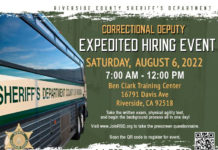 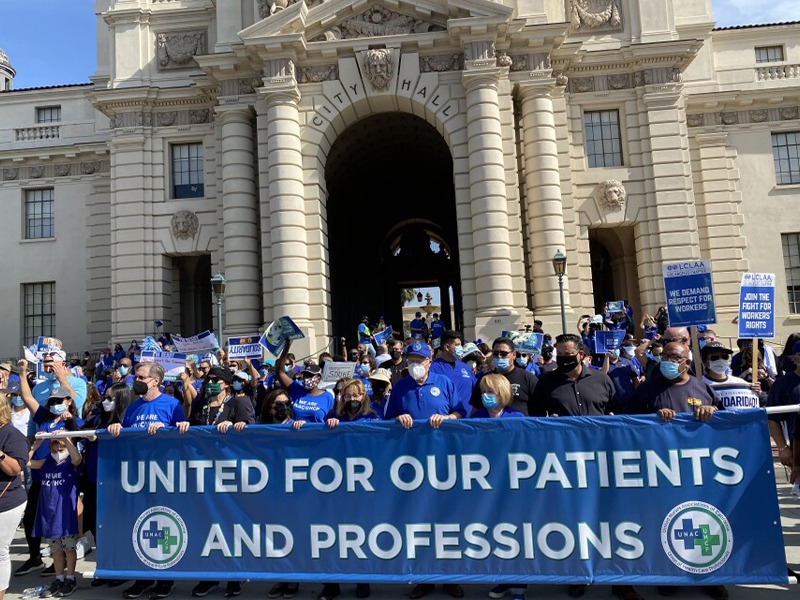 Tentative Agreement Made Between Kaiser Permanente and Unions

Contributed - November 20, 2021
Over the weekend, Kaiser Permanente and the Alliance of Health Care Unions reached a tentative four-year contract agreement after being at the brink of a potential strike

Associated Press - January 24, 2021
Vaccine supply issues continued to plague California on Tuesday even as other indicators about the spread of the coronavirus showed what the top health official called “rays of hope” amid the deadliest days of the pandemic. San Francisco’s public health department said its likely to run out of vaccine Thursday, in part because the state pulled back on administering a batch of Moderna shots after several health workers in San Diego had a bad reaction.