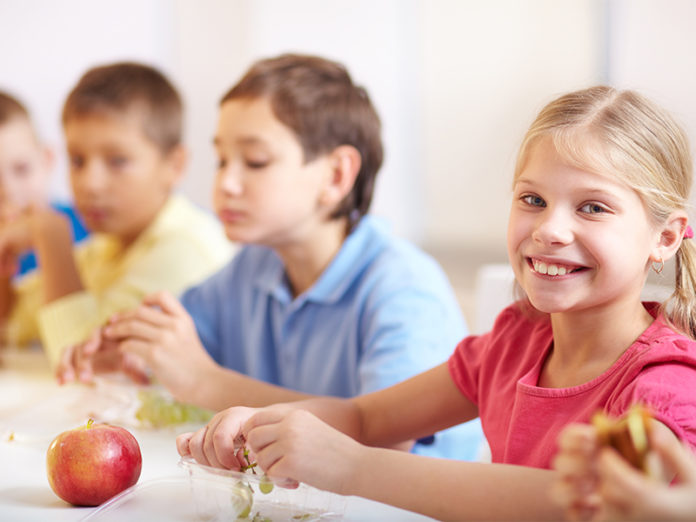 School closures due to the COVID-19 pandemic disrupted access to low or no-cost school breakfast and lunch programs for millions of low-income children. States and school districts developed innovative solutions to meet the nutritional needs of children and respond to the rapidly growing food insecurity crisis, yet the number of replacement meals is likely far short of what they provided prior to the pandemic, according to a study led by a researcher at Columbia University Mailman School of Public Health. The findings are published in the American Journal of Public Health.

First author Eliza W. Kinsey, PhD, associate research scientist in epidemiology at Columbia Mailman School, and colleagues estimate that more than 1.15 billion breakfasts and lunches for American students who receive free and reduced-price meals were not served in school as a result of school closures during the nine-week period between March 9 and May 1.

By the week of March 23, all states had mandated statewide school closures as a result of the pandemic, and the number of weekly missed breakfasts and lunches served at school reached a peak of approximately 169.6 million (this weekly estimate remained steady through the final week of April). In Maryland, which the researchers studied in depth, every day schools were closed, 493,917 free or reduced-price meals were not served in school (the equivalent of 2,469,585 meals per week). While Maryland estimates that by the week of April 20, they were distributing 1 million replacement meals to students weekly, this still represents a roughly 1.5 million meal weekly shortfall. Similarly, major cities like New York City, Philadelphia, and San Francisco provided far fewer meals than they would have otherwise.

These shortfalls came despite significant efforts at all levels. The USDA issued waivers that allowed states and localities to find new ways to provide meals to students who need them. Due to increased community need, some districts offered grab-and-go meals in outdoor locations and expanded meal distribution to seven days per week. Home delivery has been another common approach, especially in rural districts, and in many districts, school meal access was expanded to include to any child age up to age 18 years and students with disabilities up to age 26.

Some districts provided up to one week of meals at once to decrease staff exposure and improve convenience for parents and students. Even so, concerns about viral exposure remain, as staff, students, or families gather to prepare, distribute, or pick up meals. Several districts suspended meal service, particularly after employees tested positive for the virus. While efforts to facilitate contactless delivery support social distancing, foodservice staff who lack access to personal protective equipment including gloves, masks, and hand sanitizer—items in short supply across all sectors—have expressed concerns about being exposed to the virus and transmitting it to others.

“Children across the country are missing out on the critical school meals they relied on when schools were in session. Despite the heroic efforts of school nutrition professionals, generous private sector donations, and increased program flexibility, it is unlikely that school districts will be able to replace, through emergency meal distribution programs, all meals that were previously being provided in school,” the authors write.

Future studies can provide insight into factors that enabled schools to respond more effectively and the distribution models and practices that contributed to success. In addition, it will be important to understand the extent to which federal pandemic electronic benefits transfer (P-EBT)— monetary benefits to households with children who have temporarily lost access to free or reduced-price school meals—has supplemented or replaced current meal distribution programs, and the effect each of these efforts have on child food security. (As of May 1, 2020, USDA had only approved P-EBT implementation in 18 states and few states had begun distributing benefits.)

“These findings will provide important lessons to rapidly deploy alternative nutrition assistance to families during future crises,” the authors conclude.

All of the authors of this publication are members of the ad hoc COVID-19 School Nutrition Implications Working Group, jointly supported by Healthy Eating Research (HER), a national program of the Robert Wood Johnson Foundation (RWJF), and the CDC’s Nutrition and Obesity Policy Research and Evaluation Network (NOPREN). This project was supported by funding from NOPREN. 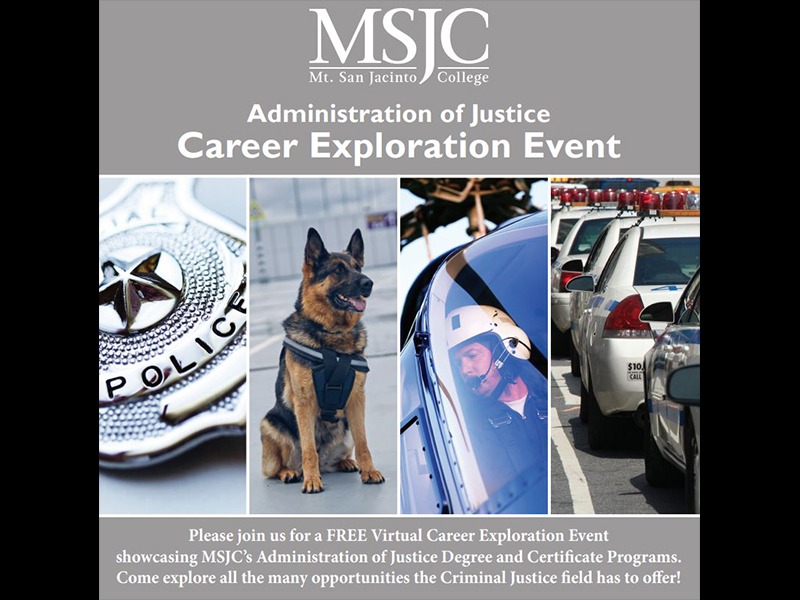 Contributed - September 10, 2021
Mt. San Jacinto College (MSJC) is hosting an Administration of Justice Pathway Week from Sept. 20 to 24 that will enable current and prospective students to learn more about the career opportunities the criminal justice field offers.

Chris Millon - June 29, 2019
One of the many obstacles students face with higher education is the financial viability of pursuing that instruction. Scholarships and loans...