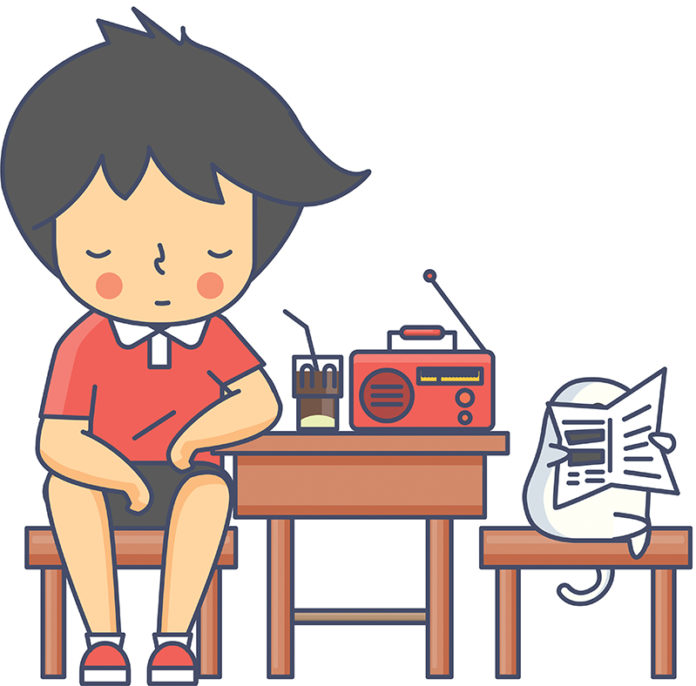 We all remember this age-old saying, meant to encourage us to complete our tasks in a timely manner, do our chores as soon as possible, and meet life’s challenges as they raise their ugly head. Finish your work now rather than postpone it for a later time. Do your homework as early as possible—something that I wish my kids would heed. Instead, they do their homework in the car on the way to school, on the day that it is due. (I have often wondered why their grades always seem to be stuck at C-minus.)

Do not procrastinate that would be the wisdom of this saying. I do procrastinate, though—and often—but I don’t know if that is such a bad thing. My wife calls me the man of tomorrow because I am always saying that I’ll do it tomorrow. Whatever “it” maybe; tomorrow is my target date to do it. Of course, there is another tomorrow after that one, and so on.

I don’t think it is procrastination that I suffer from, because I make a conscious decision to postpone some of my tasks; I am not just lazy about them. There are certain to-do items that one has to postpone; that would be the right thing to do. As a matter of fact, not postponing them would be wrong. There are times when it is better to wait and do it later, instead of doing it early or doing it on time.

I give you an example so you may understand my point. Four months out of every year, our electricity bill doubles, and sometimes triples, because California government has given its permission to the electricity providers, through legislation, to fleece us as much as possible. They call it charges based on demand. There is more demand for power in summer, and the charges automatically go higher. Now, like every red-blooded American, my paycheck is always a couple of weeks behind my bills. When electricity rates rise on a logarithmic scale, I can’t pay my bill on time, or at all. I make a deliberate decision not to pay it today and put it off for another day. It works well because once I pass the due date, I get a letter telling me that my power will be cut off on a certain date. Once I get close to that date, I then make payment arrangements. Sometimes my payment arrangements overlap with my next bill and I postpone paying both bills. Then I ask that my payment be split over three months. As luck would have it, every few months, I get five paychecks in one month because I get paid weekly. That fifth paycheck then allows me to cover all my shortfalls. Now if I don’t “procrastinate,” as my wife is so fond of pointing that out, I wouldn’t get the opportunity to catch up with my bills.

Another example would be a letter that I got from the IRS a while back. I could have opened it and found out what it was about and have dealt with the issue right then. But we all know that a letter from the IRS is never a good thing. Imagine the stress that I would have gone through had I opened the letter when I received it. It is not like the phone calls that we often receive where an agent of the IRS, with an Indian, or Chinese, or Russian accent, tells us that the Sheriff is on his way to arrest us unless we pay so much money right on the spot. That one is easy; we just go to the nearest CVS Pharmacy, get one of those non-traceable gift cards with a credit card logo on it, and then call them back with all the details. Problem solved right away. But a letter, my goodness, that is serious. So, I threw that letter away. I got a couple more letters in the coming months, which I also threw away until I got the one that is sent via certified mail and it requires my signature by the Post Office delivery person—mailperson, that is, in case we confuse him or her with an Amazon delivery person. Although, it is hard to tell these days if the Post Office is really working for Amazon, with so many Amazon boxes coming to my address. But, I digress.

I not only bought myself a few stress-free months because I did not follow the advice from this saying, but I was able to finally resolve my issue with the IRS amicably. I only had to pay an exorbitant amount of money as penalties and interest, but thank goodness, another month with five paychecks is just around the corner, and once again, I can catch up with my bills.

I hope you can follow my corollary to the above saying: “Don’t put off ’till tomorrow, what you can put off until the day after tomorrow.” You’ll thank me later.

United We Stand – Divided We Fail