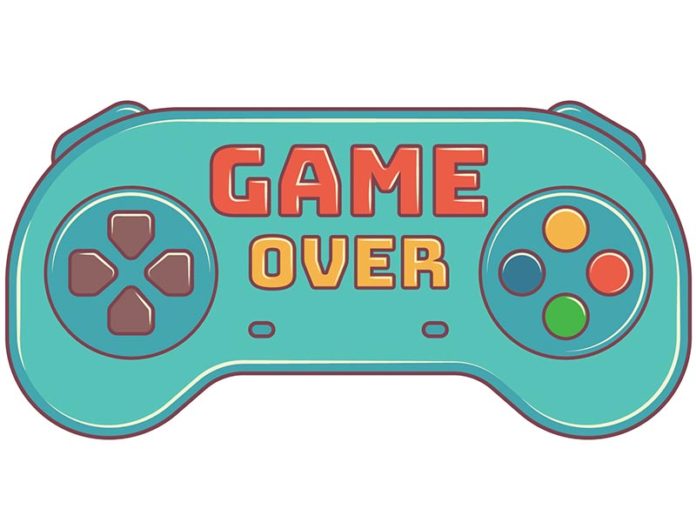 That old canard that you can’t teach old dogs a new trick is outdated if seeing is believing. I recently had occasion to spend some time in the classroom of Chris Runcie at West Valley High School that opened my eyes to something I wouldn’t have otherwise been inclined to believe. X-boxes and video games are stirring up a learning storm in Mr. Runcie’s class room.
What exactly is going on in his classroom that churns up so much interest from students and teachers alike? He explains:
“I teach two different classes: economics for seniors and AP Human Geography for mostly freshmen, but it is open to anybody who wants in. It’s a world culture class. Our clubs consist of mainly the same students but we brand it as two separate clubs. The first club is “Gamers Club,” which is more about gaming culture and I even throw in gaming history as well,” I observed his students actively participating in classroom activities with energy ad interest that you won’t find in some couch potato at home working an X-box with a coke ad potato chips at his side.

“Recently,” Runcie adds, “we had a lesson of Atari verses Intelevision and the kids were playing Atari and playing Intelevision; playing adventure, pitfall, asteroids and space invaders, getting a taste of how gaming began. The next lesson is going to be on Nintendo.”

For someone who was schooled on the three R’s, it all seemed like Sanscrit, however I was lured deeper into the nuts and bolts of what was going on.
“They will learn now how these games first entered the market and then we go from there. We also offer more practical approaches. For instance we do cooking days, arts and crafts days plus involvement in other school events.”
Wait, there’s more. They are planning a boat race. How is that possible? The teacher explains:
“We will make a cardboard boat out of duct tape and race against other clubs in our big pool.”“

This is a very involved classroom. When a teacher creates an interest among his students, and they are encouraged to become involved community events, one perks up his ears. Kids who make all kinds of excuses to miss classes are now rushing about to be sure and get to school on time.

“Oh yes,” Mr. Runcie explains, “we are involved in the community. Every year we do a toy drive. Our Club members collect toys from various sources. Both students and teachers volunteer and the gamers volunteer, donating the toys (new and unwrapped) and bring them to other schools for distribution. One spot of distribution is the Jacob Weims Elementary School which is one of our most economically disadvantaged schools, where they have a special day to pass out toys, making sure that kids have a happy Christmas.
“Then we have the E-sports Club which really took off last year and it is growing every month. This is our club that deals directly with video games, competing against other schools in the area. Like the game Smash Brothers – we’ve gone up against Tahquitz, Hemet High, Perris High and Hamilton High, This year we added PC Computer gaming to our list of games we play with other schools, joining up with a league in Orange County to compete against a different school every Wednesday. The current season ends at the end of this month.”

It is all unfamiliar territory to this reporter. What other schools have a club like this?
“To the best of my knowledge we are the only school in Riverside County doing PC Gaming and, for Smash Brothers, we are the largest. There are some other schools that are involved with Smash Brothers against us, and most of the schools we have been competing against us for the past couple of years.  Orange County Schools, they don’t have any set seasons for fight games like Smash Brothers or Street Fighters, However, Riverside has decided to host a season for Smash Brothers and that one will start off in-district to determine the top two schools: the winner goes on to area finals against Murrieta, Temecula, Corona and then on to Regionals.”

I didn’t forget that Mr. Runcie also teaches history.
“Yes, and I teach more than current stuff. World culture class speaks to world culture now, and I try to show how we got where are today. In my classroom I discuss the Industrial Revolution and Imperialism because both had a major effect in shaping the modern world.’
All well and good, but how has District received this new approach?
“For about three years I’ve been teaching E-sports.  For the first couple of years it was tough. All I got from the nay-sayers was ’No,’ ‘We’ll see,’ ‘Maybe later,’ and that sort of thing, but we’ve had longer success with Smash Brothers on the Nintendo Consoles because those don’t require going on line. The PC Gaming has taken us 3 years to get our computers on line with video games because they have been blocked. Our computers were sitting on the shelf collecting dust for a full year before I could finally use them in play because the District wasn’t sure how to allow students to build computers, or to communicate on-line. That opened up a can of worms as to how to monitor the students play to make sure it conforms to rules.  As any parent or teacher knows, teenagers are very inventive and if you tell them not to do something, they will find a way to circumvent the rules.”

Being somewhat overwhelmed that the students made their own computers, I was curious. I have friends and peers who wouldn’t know an e-mail from parcel post.
“Some of my graduate students have come back and helped build the computers. They are helping to train current students. I can tell you, I received a lot of heavy negativity from officials but then it all turned around when the District hired a new Director of Technology, Technology used to be part of the Business Services. It is now part of Educational services thanks to our new Tech Director, Ben Markley. He’s a big advocate for our E-sports program. He didn’t just get it approved in the district, he got it approved for the entire County of Riverside. Thanks to him I’ve gone to a technology camp in Menifee where over a thousand teachers were in attendance and we went to different seminars about technology.  We were given the opportunity to do a seminar on E-sports that drew a crowd of 80 interested teachers.”
How does Runcie handle the hold-outs who say, “We want to get our kids off the couches and studying”?
“I tell them that we don’t play on couches,. We play in chairs in a classroom. Not every kid is an athlete. Many who were critical of my methods now compliment me for the way I’ve got their kids interested in the class room.

“It would surprise you how many kids there are who feel slighted because they are not into field sports. Our program gives the a sense of belonging and of being somebody. The stereotype of couch gamers who don’t have relationships or friendships or are anti-social doesn’t exist in E–sports. It is said some of these teenagers have anger issues. Anger issues are not limited to students. I know teachers with serious anger issues. I have a boy In my E-sport class who let out an F bomb one day. I explained to him if he did it again he would 86’d out of the club for a week. I haven’;t seen any anger in him since. That’s what the club ad having a social life means to him. However, we do have special needs students with anger issues that have maintained behavior in the club sessions because they don’t want to lose what it gives them and what it means to them socially.

“I’ve had students who couldn’t compete because of low grades and their grades went up immediately because they found something that made them feel like somebody. My students are learning how to control their emotions and become functioning members of society.”

We checked and found that E-sports has become a billion dollar industry and is being taught in colleges ad universities around the country. Runcie has an opinion as to how it has spread so rapidly.

“I believe it has its roots in e-mail. E seems to have an extension from something else with meaning: is it or isn’t it a sport? Define sport. I need students to be announcers or to broadcast on line. Everything leads to something else until you think you have the whole and then something leaps forward – they call it progress. I need students to play events, to manage equipment, to fix our equipment if it breaks down. I have students who understand the use of tools and system repairs, students who debug computers. They are learning how to operate programs. Programs don’t run themselves. It is not kids just playing video games. It keeps them interested in the classroom.

“One of my former students just got hired at Pechanga Casino and was previously hired right out of high school by River Springs Charter Schools. I remember when he was in my class on the phone: he said he was playing a game. I reminded him that our game is not a phone. He said yes, he knew, but I’m playing it on my Computer, He was using his cell phone to connect to his computer at home. I’m like, how do I do that?  So none of us knows it all.”

If you need an explanation to understand all of this, try asking that teenager in your home: they will make you dizzy trying to get through your thick skull that it is all about communicating, socializing and prepping for the future. Just sayin’
rustystrait@gmail.com