Many Americans are ignoring the Olympics this year based on the wokester politics of certain loudmouth Olympic athletes, some just itching to turn their podium moments into anti-U.S. protests. It’s disgusting, given that they’ve chosen to compete under the U.S. flag. It not only comes off as the height of ingratitude, but indicates contempt for the American people as a whole, who love their flag and country. Who needs that crap? Many just say no, and not just “no,” but “hell no,” and watch the Olympics to cheer the other team, a new phenomenon, which has been evident in all the delight at the gold- and silver-medal loss of the wokester women’s U.S. soccer team, and its offensive captain, Megan Rapinoe.

But as these Olympics progress, something else is becoming obvious: most of the athletes who are winning medals are actually patriots. Sure, there was an exception I can think of, such as that clown who crossed his arms. But we see a lot of pictures like this:

And for some really good Getty Images photos showing Moore celebrating her gold with the flag, see here and here. There was some flap about the fact that she also posed with the Hawaiian flag, but it was phony — surfing is a Hawaiian sport, and there’s no controversy in having pride in both.

A huge Olympic achievement combined with a tremendous love for a truly great country. Inspirational. https://t.co/SRbYcIL3F3

Is everyone excited for America’s hammer-throwing queen, DeAnna Price at 9:40pm?

We have high hopes for Olympic hammer thrower DeAnna Price, whose results should be out very soon. UPDATE: She finished 8th, which stinks, but the consolation prize is that her flag-disrespecting rival, Gwen Berry, finished 11th. Good photo of Price with her flag in this story here.

There were a lot of Olympic athletes in pre-Olympic publicity stories posing with flags, too. And a lot of winning athletes celebrating with flags, in copyright-protected photos, such as here and here. You get the drift. Most of the athletes winning medals are patriots. Wokester America-hating isn’t the norm, and it’s not winning, either. Get woke, go broke, and it shows in the medal count, too.

Too bad the media have overhyped this miserable bunch, because their inability to win podium spots shows that it’s obvious that their numbers are small.

This in fact was first pointed out by Caitlyn Jenner two weeks ago, who noted that the publicity the few flag-haters out there were getting was overblown, way out of proportion to their numbers, and the majority of the Olympic athletes were emphatically patriots:

“I was the first person ever to put an American flag at the finish line. We need more of that,” Jenner told the outlet. “And I guarantee you, ninety-eight percent, ninety-nine percent of the athletes that are going over there are patriotic. But unfortunately, the media focuses on the ruins of the world. And it’s a shame. It’s an absolute shame.”

The former athlete added that U.S. Olympic athletes should have “dignity and respect for our country and for our values.”

Jenner, of course, back in 1976, was Bruce Jenner at the time, the Olympic decathlon gold medalist who first instituted the custom of Olympic athletes waving U.S. flags at the victory point. Remember this and this? Turns out Caitlyn was right. I love his use of the word “ruins.”

The large numbers of winners waving the U.S. flag joyfully with no controversy are people who represent the majority of the U.S. athletic community.

The wokesters are losing, and yes, it might just be because they’ve gone woke. In the case of the U.S. women’s soccer team, notice that not every player on that team kneels for the flag, so we can’t call them all woke. With Rapinoe heading the team, though, it’s likely their lives are made miserable because of it. ESPN noted very specifically that the team lacked “chemistry.” Might that be about degrees of wokeness? I think it’s a good guess.

Regardless of reasons, it’s nice to see the flag-haters lose. With so many Olympic winners happily waving the American flag, and the U.S. team putting in such a good performance overall, the entire country can celebrate. This isn’t a bad Olympics at all. 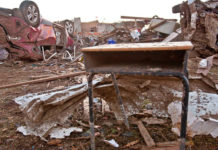 FAT AND SASSY OR JUST STUPID?

Rusty Strait - January 22, 2022
I recall as a young child hearing my grandfather say, “Those that have nothing appreciate everything they receive, and those that have it all expect it to flow like a river forever.” It never much occurred to me then what he was talking about. Today I understand. We have become a nation of spoiled brats, overweight, self-serving nincompoops who want immediate gratification without concern for consequences.

A Tale of Two Failures

Contributed - October 10, 2020
“Too little, too late.” The Free Dictionary says this idiom means “Inadequate as a remedy and not in time to be effective.” This term originated in the military, where it was applied to reinforcements that were insufficient and arrive too late to be of help. The opposite of this would be “too much too soon” meaning some action or item is provided before it is needed or before it is ready to be helpful and is disproportionately large for the intended purpose.