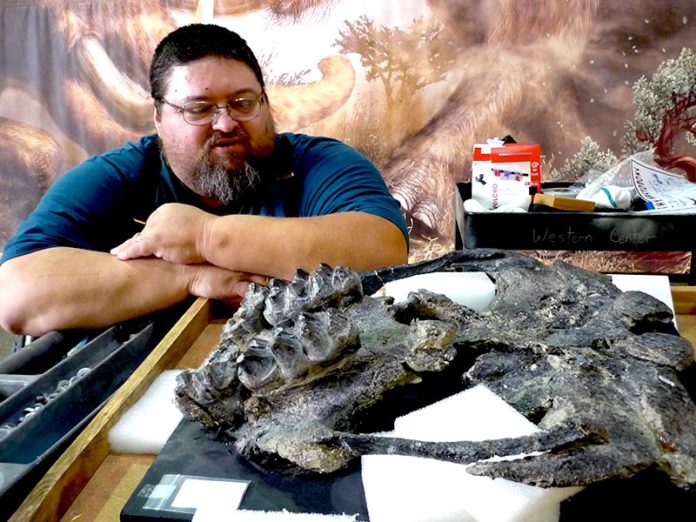 Dooley, Executive Director for the Western Science Center, shared his story and the challenges of piecing together the past. Back in 2011, Dooley and his team unearthed fragments of bone, including one “oddly shaped bone.” Dooley explains, “It’s a bone that’s oddly shaped in such a way that somebody familiar with fossil evidence could actually identify it.” The bones were excavated from the Carmel Church Quarry in Virginia where thousands of marine fossils lay evidence of a watery past.

Like detectives trying to solve a cold case, Dooley explains how some luck played into the story: “Turns out that this oddly shaped bone is a fragment of one back corner of a Baleen whale skull . . . as it turns out, if you’re trying to identify a Baleen whale, and you can only look at one bone, the bone that you would pick is the periotic bone-the ear bone, and we had that bone.”  What they found was a baby whale dubbed, “Buttercup,” from the extinct species, Diorocetus hiatus.

The challenge of building the replica skull was met with science and literature: “From these fragments we did a little bit of math and a whole lot of research. Buttercup, being the only baby D. hiatus we found, we had to look at modern Baleen whales, see how they grow allometrically–then apply that pattern to Diorectus. There’s not a lot of literature published on detailed measurements of baby whale skulls, but finally I found some measurements in Japanese and Russian literature from the 1960’s.” The data on proportions, dimensions, and evolutionary history were poured into the task of rebuilding Buttercup. The finished skull replica was held proudly and presented to attendees of Dooley’s lecture. He says, “There’s something special about being able to reconstruct organisms like this and scenes from the past . . . sometimes we can see, with great detail, what was happening way back then.”

When asked about the future of paleontology at the Western Science Center, Dooley says, “Paleontology has never been stronger at the WSC than it is right now. Our curator, Dr. McDonald . . . is doing active excavations all over the Southwest, and we’ve brought in more than a ton of new fossil bones. We’re doing more now here in paleontological research than we’ve ever done before. So, the future for upcoming years…nothing but bright.”

Inspiration and the inquisitive minds of young people appear to be part of that future, as evidenced by those attending the lecture. 20-year-old MSJC student Leslie Garcia attended the lecture and said, “One of my passions is science, and I just like to learn about everything . . . how they were able to figure out the dimensions of Buttercup from so little evidence . . . its amazing.”

For more information on upcoming events, lectures, or how to become a member at the Western Science Center, please visit https://www.westernsciencecenter.org/

Search: A bone to pick 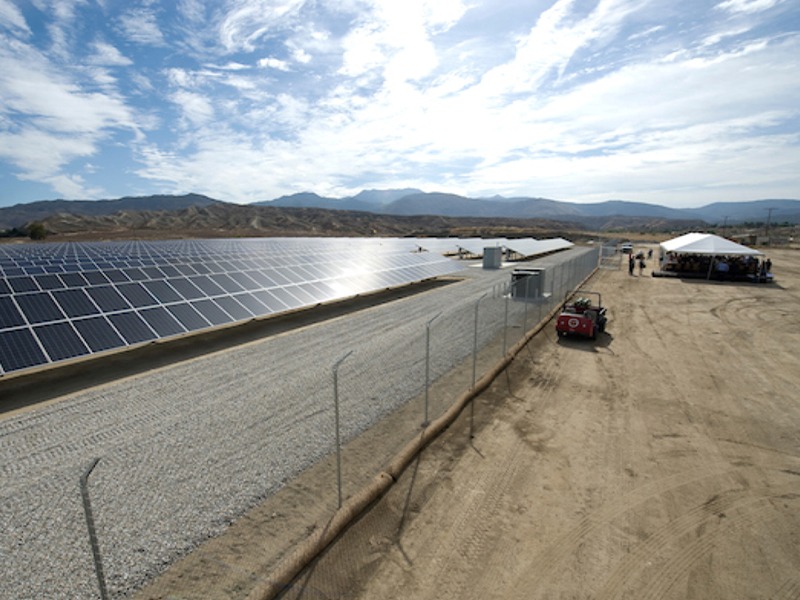 Contributed - October 29, 2021
At the GRID Alternatives Inland Empire 10-year anniversary celebration, community leaders and partners who are making a positive impact were recognized through the nonprofit’s annual Sunshine Awards. The Soboba Band of Luiseño Indians received one of six awards presented during the virtual event on Oct. 7.

VA stands up commission to recommend new Under Secretary for Benefits

Contributed - July 22, 2022
Department of Veterans Affairs Secretary Denis McDonough approved the establishment of a commission on July 19, to identify candidates to lead and manage the Veterans Benefits Administration in the position of Under Secretary for Benefits.