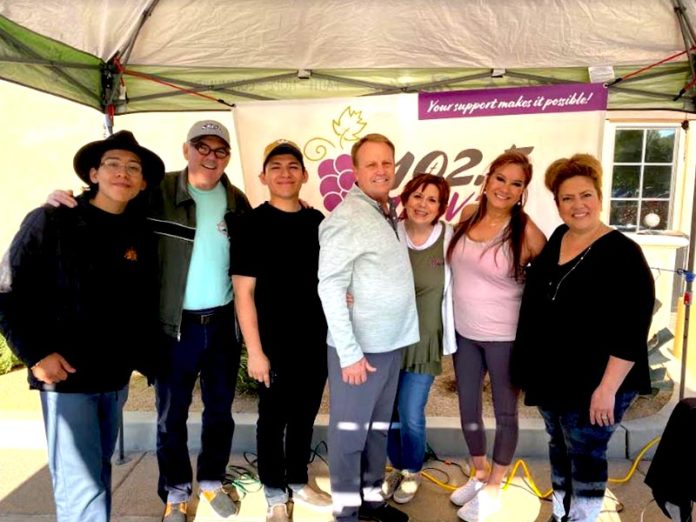 The Hemet-San Jacinto Chamber of Commerce Charity Golf Tournament swung into success on November 15th, 2019.  Several prizes were on the line including a 2019 Mini Cooper and a cash prize of $100,000 for a hole-in-one.

Golfers were treated to beautiful weather and great prizes all for a great cause.

Among those in attendance was 1968 Olympic boxing team member and former NABF Welterweight Champion Armando “The Man” Muniz, who also took part in the charitable event, signing autographs and sharing the story of his amazing career which included 44 wins with 30 knockouts.

“It was a pleasure having everybody out on the golf course.  I see so many people enjoying the unique views,” said HSJ Chronicle’s Richard “The car guy” Perry of VIP Autos, adding, “This event was formed to help small businesses and non-profits which face financial challenges every day.  I’d like to thank the sponsors, advertisers, volunteers and the HSJ Chronicle for taking the opportunity and time to be a part of this event.”

Some of the local businesses that made this event such a success included; Cops4kids and Community, Mount San Jacinto College, VIP Autos (and our contributor Richard “The car guy” Perry, of VIP Autos), Vitality Group, SJ Medical, Quinn’s Automotive and many many more. Citrus Wealth Management participated with 50 golfers to even out the competition. Portions of the proceeds will go to three Non-Profit organizations in the community: which include American Cancer Society-Relay for Life, Veterans Paying It Forward and 102.5 “The Vine” radio. Cyndi Lemke Executive Director of the Hemet San Jacinto Chamber of Commerce credits the Soboba Foundation for being the main source making this event happen.

Contributed - July 5, 2021
Gavin Newsom’s penchant for extravagant — and ultimately false — promises, predictions and claims of achievement makes him his own worst enemy.

Susan Beckett - July 17, 2021
Have you ever read through a sentence, only to roll your eyes and wonder, “Did that just say what I thought it said, because it almost, kinda, maybe, made sense?” If you have ever had such a reaction, you may have experienced a paraprosdokian - a sentence with an unexpected ending. It literally means “against expectations” in Greek. Here are just a few to boggle your brain: