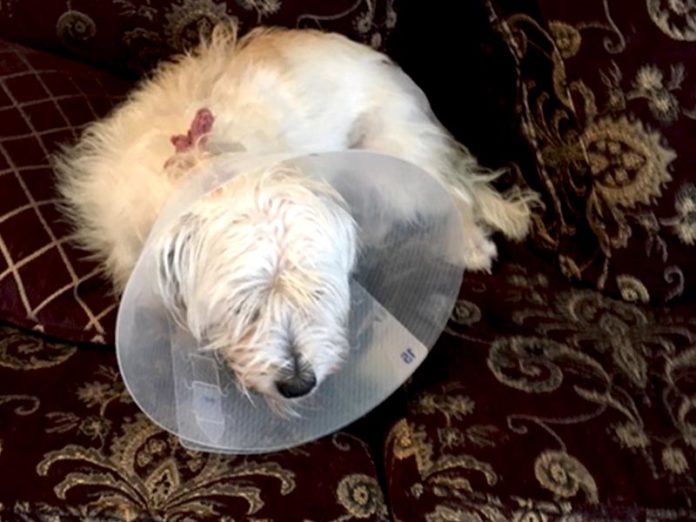 A negligent owner is as dangerous as their unleashed animal

(A negligent owner is as dangerous)

One minute you’re walking down a quiet street walking your dog in peace. The next minute, there’s terror and blood everywhere: such is the case when you’re attacked by an unleashed animal. In my case it was a full-grown German Shepherd, which attacked us on January 18 at approximately 6:30pm

To add insult to injury, the animal (and it’s owner), whose home is located on Acacia Street here in Hemet (behind my mobile home park, Fairview Mobile Home Park) in the Valle Vista Section, has been cited not once, but twice before.  The home is rented and is situated in an area popularly known as “Washburn Groves,” or also, “Washburn Woods.”

After the sheriff’s office (who responded incredibly quickly) came out, took pictures of my bloody hands and my dog’s mangled back, and fully documented the attack, Riverside County Animal Control called me. Sheriff’s Officer Chavez advised me that, under California law, dogs are considered “property” and that his office mainly aids in an “information gathering process.

Officer Buenrostro of Animal Control was informative advised me how to pursue records on the animal and its owner if I should want to take matters further.  Buenrostro also advised me that the dog in question has been quarantined for a minimum of five days.  Further, the dog is now on what Animal Control calls a “Trolley System,” which is in effect into perpetuity.  If the owner allows the dog to roam around off-leash, even once, Animal Control will immediately come out and take the dog.

Incredibly, just last week, a neighbor informed me that the dog had attacked yet another Fairview Mobile Home Park resident just a month ago!

In my case, the owner has allowed this dog to attack a minimum of a half-dozen people in our mobile park alone, so I, and the HSJ Chronicle will stay on top of this story until the authorities have fully exhausted all legal avenues against both the dog and it’s owner.

Search: A negligent owner is as dangerous